Round 11: Koichiro Maki vs. Kenichi Fujita 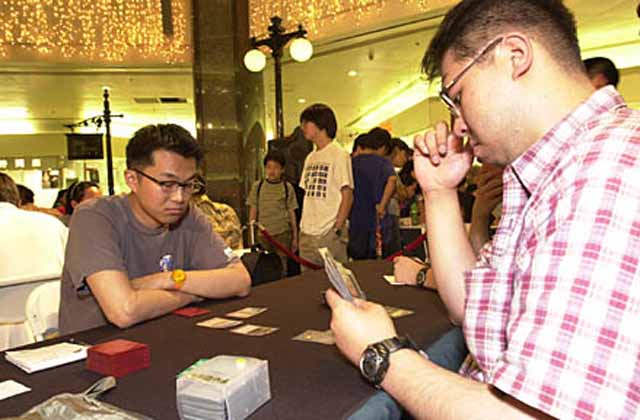 Round 11 featured two-time Grand Prix champion Kenichi Fujita (6-2-2) against Koichiro Maki (7-3). Maki, who was this year's APAC representative for the Magic Invitational, was sporting a White Weenie deck, while Fujita was playing Control Black.

In the first game, Fujita began with a Duress, revealing two Parallax Waves and an Angelic Chorus, along with Lin Sivvi and two plains. He took the Chorus, wishing that he had some way to deal with the Waves as well. 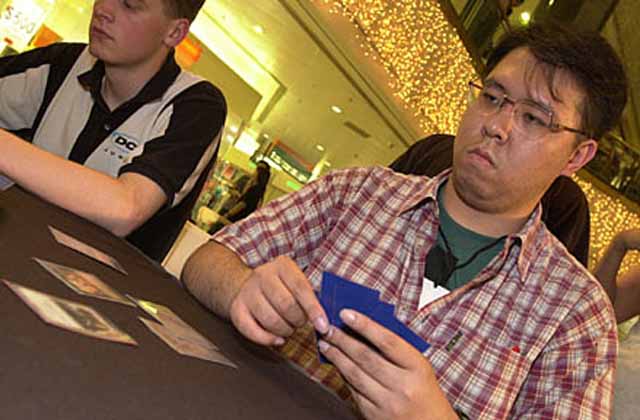 Maki then played Mother of Runes and Lin Sivvi, which were slowed down a bit by Tangle Wire but which soon began to generate an unstoppable army. Fujita played two Skittering Skirges and animated a Lurking Evil, but the Parallax Waves kept him from mounting any sort of attack or defense. An Engineered Plague for "rebels" bought him very little time. Fujita cast Vampiric Tutor� and conceded when he found nothing useful in his library.

Fujita had one swamp in his next opening hand, but he confidently kept it anyway. On the first turn, he removed Skittering Skirge to play Unmask, played a swamp, cast Dark Ritual, and played Phyrexian Negator. On the next turn he topdecked the land he needed to Vicious Hunger Maki's Sergeant. The Negator continued to beat down as Fujita used another Vicious Hunger and a Powder Keg to clear the path. 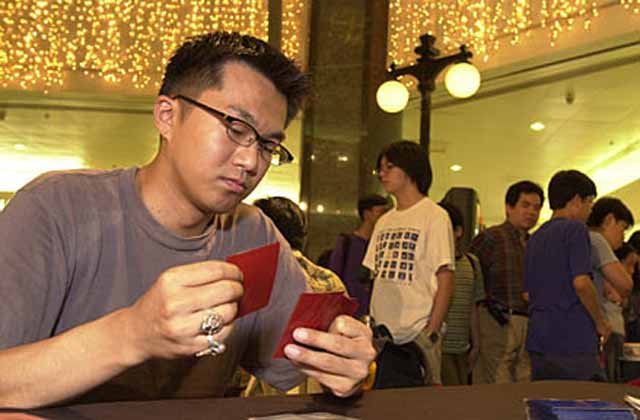 But Maki eventually did find a blocker, and Fujita had to sacrifice several of his permanents. Maki then used Parallax Wave to keep the pesky Negator out of the way, and attacked with Mother of Runes, Thermal Glider, and Fresh Volunteers to secure a solid 2-0 victory.