Round 11: Ryan Fuller vs. Mike Gurney 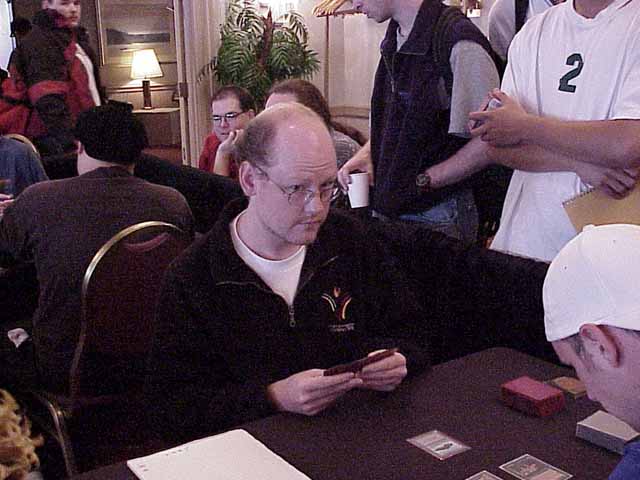 The Vancouver players continue to get paired against each other. Veterans of the game Ryan Fuller (8-1-1) and Mike Gurney (7-1-2) were playing for a Top 8 berth. Gurney was playing a standard accelerated blue deck and Fuller was running Stompy with three copies of the Prophecy card Wild Might. 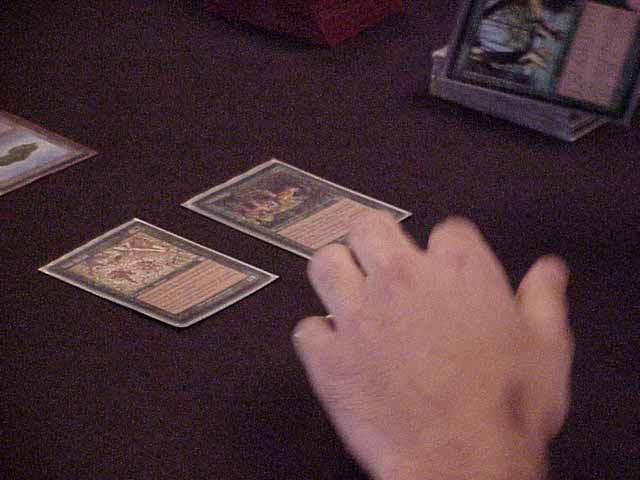 Both players sideboarded heavily for game two. Gurney played a turn two Grim Monolith. Ryan played an Albino Troll and then waited to see what Gurney would do with the Monolith boost. Gurney played a land and dropped both a Seal of Removal and a Morphling. (After all, why leave up a blue to protect the Morphling against a monogreen deck?) Things looked bad for Fuller, but the outcome of the game was still in doubt. On Fuller's next turn, he brought an army of creatures to the table, including Rushwood Legate, Pouncing Jaguar and an Elvish Lyrist. Gurney untapped the Monolith and played a Masticore, which left him with four untapped lands. Fuller played Rancor on the Troll and sent in a squad of creatures. Gurney was forced block with both Masticore and Morphling to stay alive, and managed to regenerate the Masticore, but Fuller played an Uktabi Orangutan to get rid of the Masticore for good. Gurney couldn't recover. 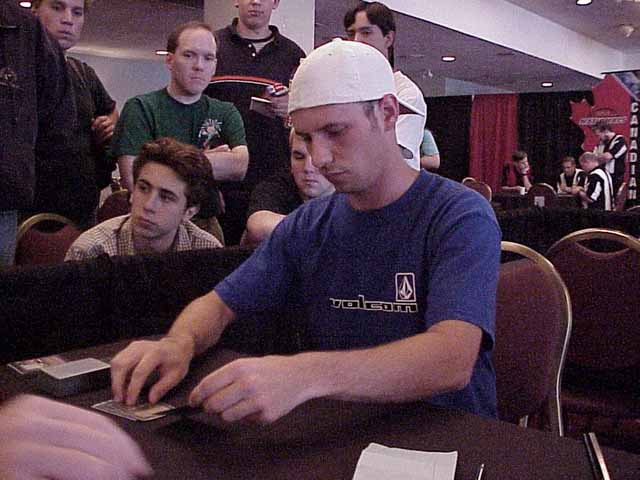 Ryan Fuller is now almost certainly in the Top 8, but Mike Gurney will have to play and win in the last round to have a chance to join him there.