Round 11: Sigurd Eskeland vs. Svend Geertsen 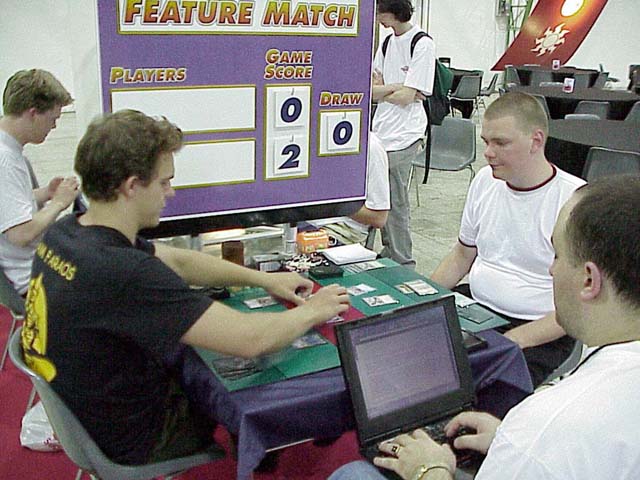 What would you rather have: a Pro Tour win or three Top 8s? Well, in this match pitting two titans of the game against one another, both agreed that Svend's three top 8s would be preferable, but Sigurd Eskeland isn't complaining about his win. The two agreed that Kai Budde's amalgamation of the two would be the preferable and proceeded with the match.

Game 1 started with both players playing Disciples, Sigurd the Dega, Svend the Ceta. After Sigurd passed his second turn and Svend cast Galina's Knight, it became apparent that this would be a true blue-white-red mirror, with Sigurd playing an Island and casting Helionaut before Svend's second Knight came into play.

When Svend's Knights attacked on turn four, Sigurd had the best common in Apocalypse waiting: Jilt. Using the Helionaut for red mana, he killed one Knight while returning the other to Svend's hand, slowing the Dane's offense. Svend cast Living Airship, and after Sigurd drew two cards off Allied Strategies, Svend's Lightning Angel was successfully cast, allowing him to serve for five. Sigurd next cast Stormscape Familiar and another Helionaut, but this didn't phase Geertsen in the least, attacking with both flyers again. Sigurd double blocked the Angel, but Svend had Scorching Lava, killing both, and things started looking very bleak for the Norwegian. 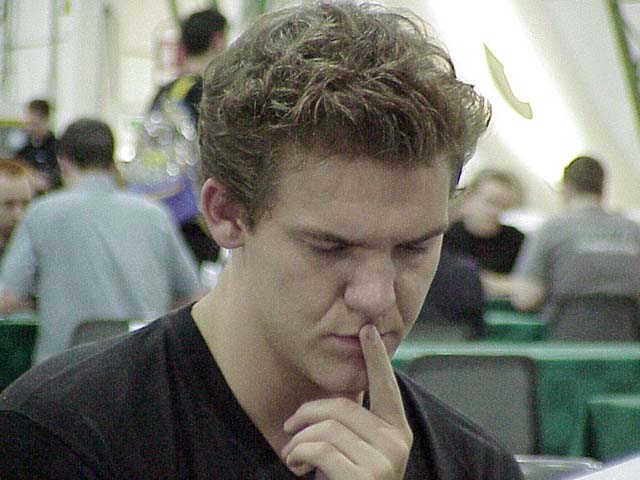 Sigurd next cast Samite Archer, but it appeared to be too late. The Airship, Angel and recast Knight all attacked with the ship trading with Helionaut as Sigurd went to three. Svend cast Crimson Acolyte knowing the Archer needed to prevent a point to Sigurd, and after the Viking cast Samite Pilgrim, the ensuing attack assured Svend's victory.

Sigurd chose to draw first, casting Chromatic Sphere on his first turn, followed by Samite pilgrim on turn 2 and Samite Archer on turn three. Svend played his fourth land mustering only a Sawtooth Loon that returned itself to his hand, but fortunately for him Sigurd held his sixth through eighth lands.

Svend finally got active on turn five, casting Galina's Knight before Sigurd finally found a business spell: a Wings of Hope that he played on the Archer. Svend again cast the Loon, returning the Knight to his hand, at which point Sigurd had to point out that Svend was actually supposed to use the Loon's ability, after which the Archer took Svend to 17.

Sigurd finally sacrificed the Sphere, burning for one in his need for castable cards. Svend then recast the Knight, adding it brother to the mix. The next turn, Svend cast Lightning Angel and was so convinced there was a counter in Sigurd's hand that he immediately placed it in the graveyard, but Sigurd had to tell him the Angel resolved. Next turn, Geertsen put Wings of Hope on the Angel and attacked, but Sigurd had a strong trick waiting, casting Orim's Thunder with the Kicker on the Wings. Amazingly enough, Svend has the same card, using it to target Sigurd's Wings of Hope, with the end result being the destruction of both enchantments and the survival of both creatures. 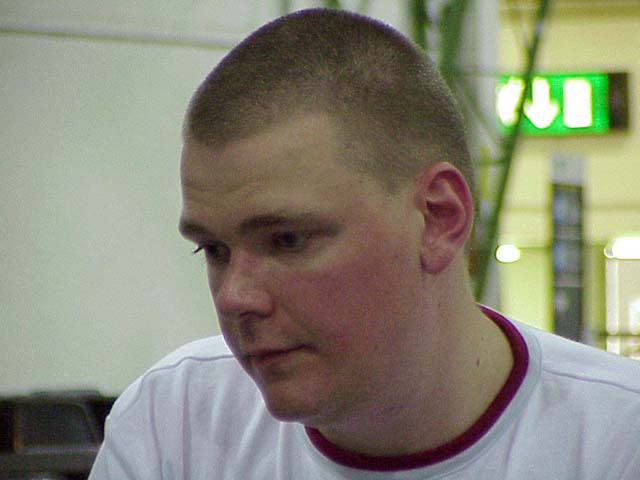 Svend's next turn saw him attack for seven with a Knight dying, allowing Svend to try to kill both creatures only to have his Fire/Ice Absorbed. Finally with Sigurd Dismantling Svend's Hobble, he drew into some business spells, casting both Benalish Heralds and Raka Sanctuary. Svend's next attack reduced the big Viking to five after which he cast he cast Aurora Griffon in an attempt to slow the Sanctuary's dominance, resulting in it dying to the Archer instead of the Angel.

Sigurd cast a second blue permanent, Ceta Disciple, but it was too late. Svend attacked for five points of flying, which was just enough, and the Big Viking had to extend his hand on concession