Round 11: Sturla Bingen and Mattias Kettil 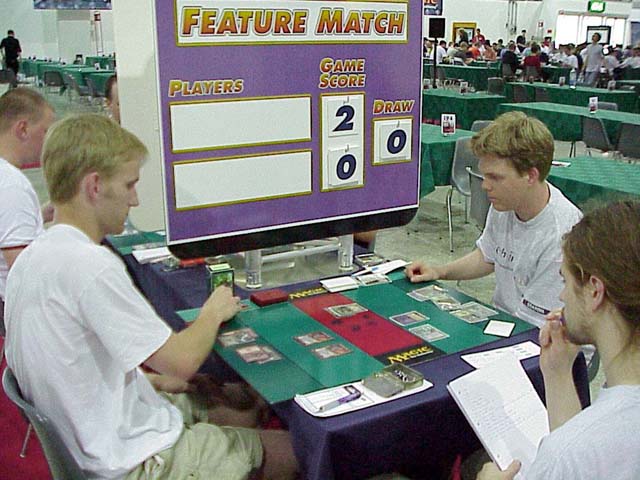 Swedish and Norwegian are fairly similar so we were left with these two talking to each other in their own respective languages. Both decks seemed quite strong, but Bingen was the heavy favorite, sporting a black/green deck with splash for blue and red. Kettil was riding a red/black splash blue deck which had incredible early plays like three Shivan Zombies and two Caldera Kavu, but the incredible amount of card advantage in his opponents deck was going to cause a problem.

Sturla won the toss and elected to play first, but the first play came from Mattias: a Shivan Zombie. Unfortunately for him the most crippling turn three play came down to face it in the form of a Ebony Treefolk. Deciding not to call any kind of bluff whilst the black mana was tapped all Mattias could do was lay a Nightscape Familiar and pass the turn - failing to drop a fourth mana.

Sturla then cast a Primal Growth searching out an Island and kept a Swamp untapped, keeping his Tree on defense. Trying to build up his ground forces before sending them in Kettil just replied with a Viashino Grappler and passed the turn back, again failing to drop a fourth land. Knowing he could not defend with the Treefolk forever Bingen tapped out to cast a Savage Gorilla, so taking any chance he could get Mattias attacked with the Zombie and the Grappler. The Ebony dude blocked the Shivan Zombie and was subsequently Scorching Lava'd (for one mana) and a Fresh Shivan Zombie was put into play. This was the first of many 2 for 1s that Mattias was going to have to suffer. 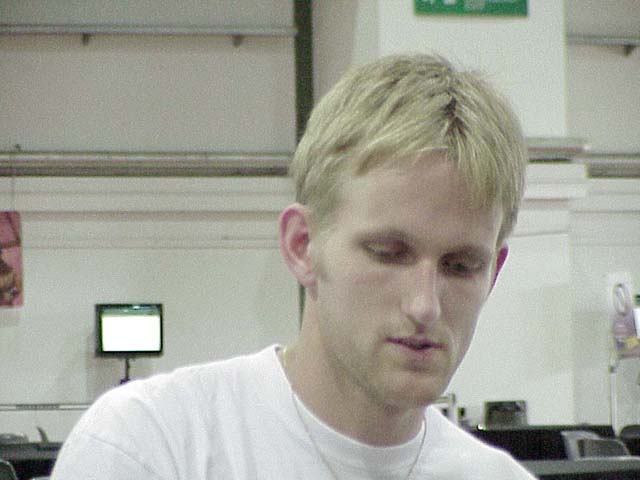 Having to tap his only blue mana to make an Urborg Drake, Sturla again offered a window for his opponent to attack with his Grappler, so three damage later Mattias finally managed to draw a fourth mana and laid a Shivan Zombie and a Kavu Aggressor on the same turn. Oh oh! Card advantage spell number two: Dead Ringers - both the Aggressor and the Grappler bit the dust. Still churning out as many creatures as he could the Swede desperately tried to chip away, but the card advantage started to take its toll and the game was won reasonably quickly as Sturla sacced his Gorilla, cast Plague Spores and Consume Strength.

This game started off a little better for the Swede as he was playing first. His turn two Shivan Zombie was matched with a Llanowar Dead, but it didn't want to block as it had bigger fish to . . . urm . . . cast. Kettil then made a second Shivan Zombie and was not too dismayed to see the Ebony Treefolk making a re-appearance as he had an Exotic Curse in his hand which he subsequently cast (-2/-2). The Llanowar Dead refused to block either Zombie all the same and the Norwegian was reduced to 14. With five mana at his fingertips on turn four Sturla attacked with the Treefolk for 1 then made a Nomadic Elf and the Urborg Drake, both players now with a Lair in play. 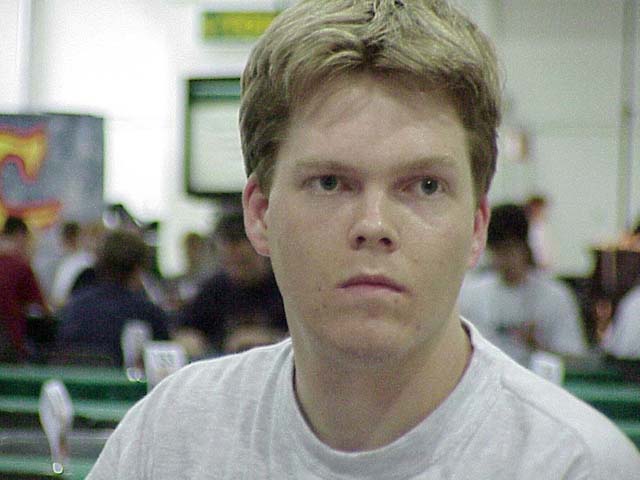 Ever owned a land that comes into play and destroys an opponents creature? Well in this case Mattias managed to find an Island which finished off the Exotic Curse on the Treefolk, then he cast a Living Airship. Both the Urborg Drake and the Living Airship started trading blows over the next few turns, but a Savage Gorilla stalled the ground until Sturla started worrying about his hairy beast got hungry and ate the not-so-living Airship. With no 3/3 around to block the plethora of Shivan Zombies they challenged Bingen's bears to a dual, but the Llanowar Dead had Aggressive Urge technology and went 2 for 1.

A Flametongue Kavu then sealed the game for the Norwegian and the Drake Served to victory.