Round 11: Tomi Walamies vs. Eivind Nitter 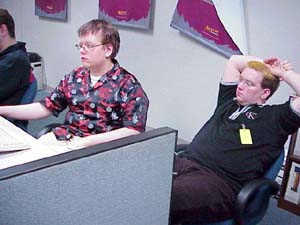 These two European hotshots are living up to everyone's expectations of them. Both are just one win shy of Jens Thoren in first place. Nitter, resplendent in his Rockstar tanktop, is with green-white, having been savaged by Walamies in front of him during the draft. Walamies, in his trademark shiny red-and-black, is with green-black.

Nitter played first and went for the explosive start of Birchlore Rangers and Wirewood Herald, getting ready for a fast Snarling Undorak. Walamies took gross advantage of that plan by playing a Wellwisher, something Nitter's white-green deck would be hard-pressed to remove. Walamies's Nantuko Husk was hardly helping.

Still, Nitter tried to make a game of it. His Snarling Undorak was met by Shepherd of Rot and Wirewood Elf, and his morph creature by Elven Riders. His Morph creature turned out to be Gravel Slinger, but really, he was already on his way out.

Nitter was pleased to see no Wellwisher opposite him in the second game. He set up a line of Wall of Mulch, Everglove Courier and Snarling Undorak. All Walamies had was Wretched Anurid. It came in, and took down the Wall with the help of Wirewood Pride. He followed up with Shepherd of Rot, not great. 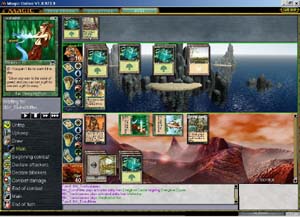 (click to open full-size in a new window)What he didn't know was that Nitter had Centaur Glade at the ready. Pacifism took out the Anurid. Walamies returned the favor with Crown of Suspicion on the Courier. That was Nitter's sign to bust out the Glade. It turned out he didn't need it. Between the damage from the Anurid and the bashings from the Undorak, Walamies was low on life.

He played another Anurid as a gesture of concession.

Walamies curved out with Festering Goblin, Wellwisher (to Nitter's dismay) and Wirewood Savage. Nitter hoped to score with Wirewood Herald and Wirewood Pride, but Walamies refused to attack, content to gain life instead. Nitter called him something unprintable.

Both sides built their defenses. Nitter played a face-down Undorak, then Grassland Crusader and Everglove Courier. Elvish Guidance had given him a ridiculous amount of mana. Wirewood Herald chumped Treespring Lorian and got Taunting Elf, but then Cruel Revival from Walamies took out the Crusader. Nitter jazzed up his Courier, turned the Undorak face-up and pumped it. Walamies swung in with Treespring Lorian and Festering Goblin. 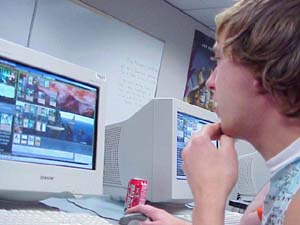 Nitter blocked the Lorian with just his Undorak. Wirewood Pride from Walamies made the save. Nitter returned the favor by sending in his Taunting Elf and playing a Pride of his own. Of course, Walamies knew what was coming and tapped all his guys that could. He lost a face-down Executioner and a Wirewood Savage. The Lorian traded with the Courier, and then Shepherd of Rot hit play.

Nitter was despondant. His situation was made worse by a stream of lands. Walamies kept up a sluggish beatdown, but Shepherd of Rot sped things up. When Nitter drew Primal Boost to try more Taunting Elf chicanery, Walamies was ready with Smother. With agonizing slowness, he delivered the killing blow.