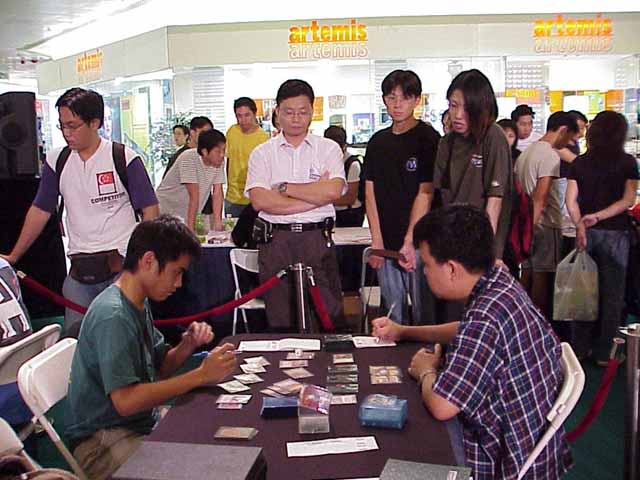 Two friends from Hong Kong met in the last round of the Swiss to determine which one of them would advance to the Top 8. Chi Fai Teddy Ng and Chung Yin Bruno Lam are friends who both decided to run Rebel decks on Saturday. This wasn't a strict mirror matchup, though, since Lam has more recruiters (including Lin Sivvi, Defiant Falcon, and Ramosian Lieutenant), while Ng's deck is much more aggressive. Ng went 6-0 on Friday, but his 2-3 record so far left him on the verge of missing the Top 8. Interestingly, the other 6-0 from Friday - Satoshi Nakamura -- was in exactly the same position in round 12.

Ng had some pretty good cards for the mirror matchup - two Mothers of Runes and a Glorious Anthem. However, Lam had Gaea's Cradle and Ramosian Lieutenant. The Lieutenant recruited Lin Sivvi and then Lam was off to the races. Ng kept poking away by giving a Steadfast Guard protection from white so it could attack each turn. However, when Lam drew and cast Parallax Wave, that ended Ng's attack. Ng had Armageddon in his hand for the entire game, but he couldn't find a 4th land. When Lam drew a second Parallax Wave, Ng was helpless. He could neither block effectively or attack with any more pro-white creatures. 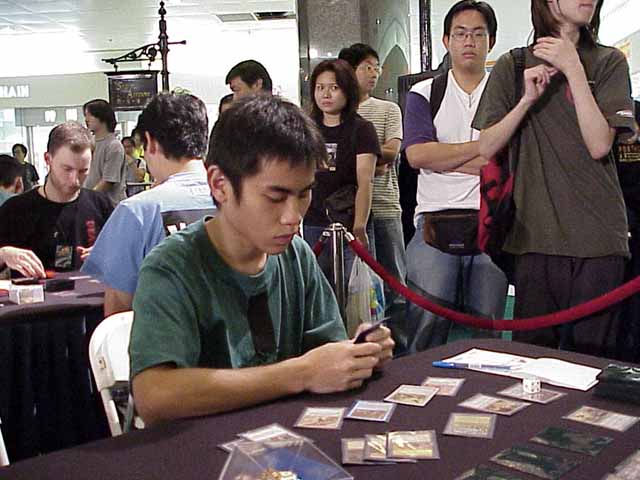 Game 2 was bizarre. Lam was in control the entire way thanks to recruiters and Gaea's Cradle. However, while he was building up a huge army, Ng randomly cast Reverent Mantra and attacked for 8 and knocked him down to 4. Lam knew there would be another Mantra coming on the next turn so he cast Wrath of God. Ng did indeed have the 2nd mantra so Lam's play was correct. Lam's play looked even better when Ng failed to play any creatures while Lam played a Sergeant and starting recruiting his way up the chain of command again.

Ng had a Wrath of God of his own that swept the board once and then Ng drew a Mother of Runes. Since Lam was almost out of life points, that Mother was a huge threat. Lam had a hand full of cards, but he couldn't deal damage fast enough and Ng was able to send in pro-white 1/1's 4 times for the win. 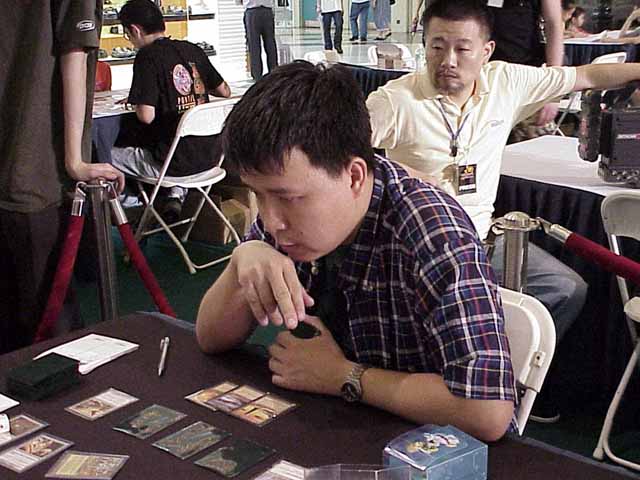 Ng finally got the Cradle advantage in game 3. This and a Sergeant allowed him to explode. Ng's deck only has 12 rebels (Sergeants, Fresh Volunteers, and Steadfast Guards) and all 12 of them came into play this game. Ng would have been in trouble if Lam had drawn a Wrath of God, but Ng's pretty much had to overextend himself since it wouldn't do him any good to hold back a Sergeant if there weren't any "grizzly bears" left in his deck. Lam did have a Parallax Wave and a Glorious Anthem, both of which made it hard for Ng to deal damage, but when he drew a Wave of his own, that was that. Ng advanced to the Top 8 were he will be representing the host city of Hong Kong and trying to win the 2000 APAC championship.