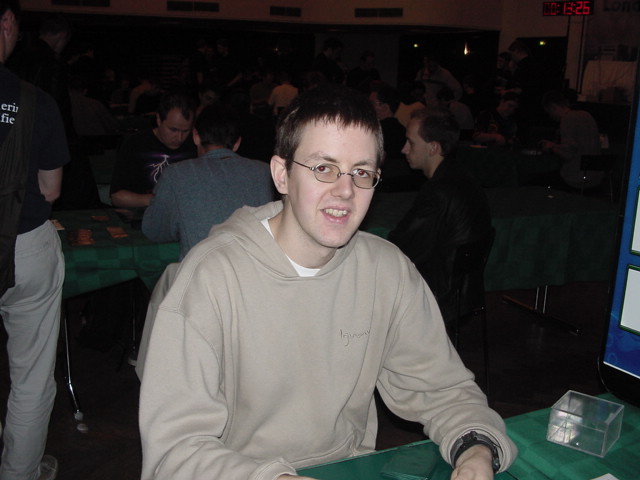 With three rounds to go both of these German players are in very strong positions. Arndt Meier stands at 10-1 while his opponent Dennis Schmitz is on 9-1-1. Meier is running G/W while Schmitz is running a U/G deck focused around threshold.

Both got a strong start with Mongrels and Rootwallas on turn two. Meier laid a plains and added an Anurid Brushhopper while Schmitz summoned a Werebear that didn’t quite match, for the moment.

Meier sent in the killer frog and the Mongrel and a skirmish resulted in the red zone that saw the Werebear block the hopper and gain threshold through the help of the Mongrel and a Mental Note. On the receiving end the frog hopped off and madnessed out an Arrogant Wurm. Schmitz added a 3/3 Nimble Mongoose to his forces.

With the ground looking snarled up Meier went to the skies with Battle Screech. Realising he had to get active Schmitz crashed into the red zone, trading a Centaur Garden for Meier’s Arrogant Wurm.

Another attack saw Glory pitched to Brushhopper to keep Meier’s blockers alive. Glory looked strong for Meier but Schmitz had a lot of pressure in five creatures. Meier was forced to hold back a couple of the Screech tokens. Aether Burst bounced the frog back.

Then a Spurnmage Advocate appeared to further complicate things for Schmitz. He had to sit back while Meier nibbled him through the air. A second Mental Note failed to find him a Wonder.

When it did come Meier had reached 6 mana, enough to activate Glory twice and force an alpha strike through with protection against the Aether Burst in Schmitz’s hand.

Schmitz got off to a flier game two with Rootwalla, and two successive Wild Mongrel while Meier had to burn just to cast a Rootwalla with a Sungrass Prairie. The Rootwalla’s traded the next turn and then Meier reached 4 mana and dropped Commander Eesha.

“What is that?” Schmitz said turning the card to read it. 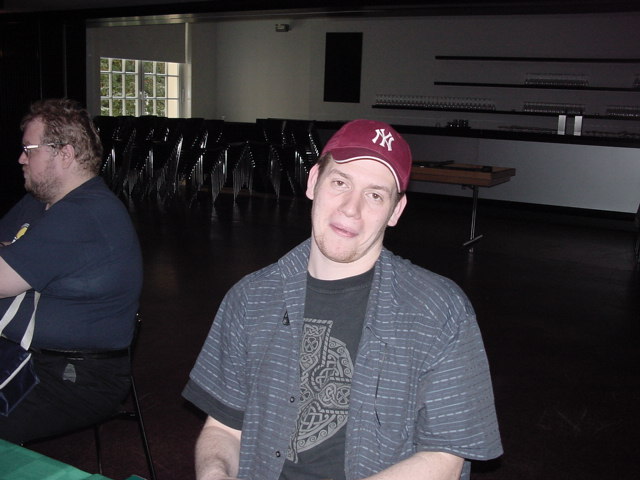 He attacked anyway, happy to trade an excess Island in his hand to keep the damage going. His deck was running out of steam as he could only summon a Wonder. Meanwhile Meier had found the fat flier portion of his deck as his own incarnation, Glory, entered play.

Schmitz still kept sending his Hounds into the red zone, trading two cards for Glory and bouncing Commander Eesha with an Aether Burst. Meier didn’t replay it dropping Mongrel instead with mana open to use Glory.

Or so it looked. Schmitz charged in again and found himself on the receiving end of an ambush from an Arrogant Wurm. He was forced to flash back his own Moment's Peace to prevent the hounds getting squashed.

A second Arrogant Wurm followed as Meier went aggro. Next attack Meier sent in everything to put Schmitz at two. It looked like he’d left the door wide open but a Moment's Peace shut it pretty quickly. Now Schmitz needed a trick. He had an Aether Burst, but that couldn’t help when Meier had Glory in the graveyard to give his creatures protection from blue.