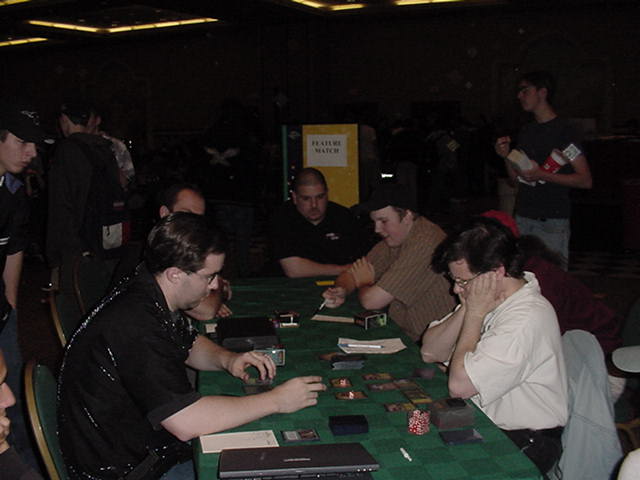 With just two rounds to go in a Grand Prix you can almost feel the tension. PT LA champion Mike Pustilnik took on 1998 U.S. National team member Bryce Currence with each player needed two straight wins to advance to the Top 8. Interestingly, both players are running green-black decks. Pustilnik's is essentially Sol Malka's long-time deck "The Rock" while Currence's deck has enough blue to support Counterspell and Force of Will, not to mention the card advantage of Finkel and Fact or Fiction. Still both decks are running the green-black power cards that seem to be taking over this tournament: Duress, Call of the Herd, and Pernicious Deed. 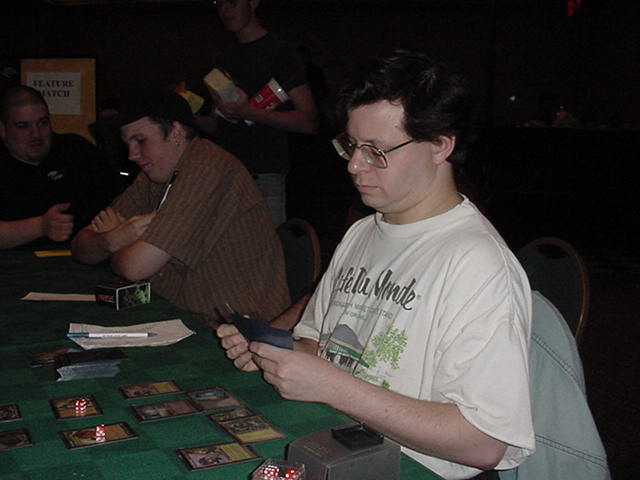 Game 1 was all about one card: Shadowmage Infiltrator. Currence found it with Fact or Fiction, took it as the only card he got from a 4-1 split, and rode it to victory. He couldn't find a second island, which meant he was forced to pitch cards to Force of Will Pustilnik's Spiritmongers while 6 land sat untapped and unused. He couldn't find a creature to block Pustilnik's random dorks with for quite a while. Pustilnik even resolved a Choke against him. But none of that mattered because he just kept serving with Finkel. Relentlessly. Soon all his problems were solved as Finkel found blue mana and Deeds and Spiritmonger, and more permission and Pustilnik couldn't do anything to stop it except go to his sideboard and add in some Diabolic Edicts.

Game 2 was much faster and bloodier. Pustilnik kept summoning guys and forcing Currence to deal with them. Feeder ... Weaver ... Elder ... and finally the rock himself: Phyrexian Plaguelord. Currence was a bit tight on land and a bit tight on answers and his Finkel got Edicted away so he never really came close to stabilizing. 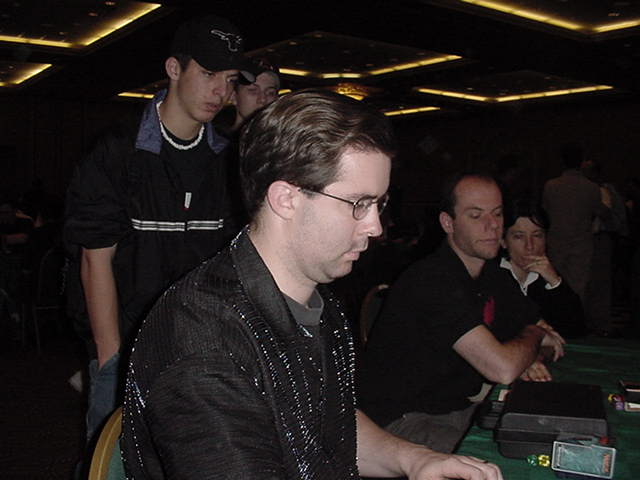 Currence announced "your favorite" as he played his game three turn three Finkel. Pustilnik assured him "that is not my favorite" as he tried to play a pair of Spiritmongers to try to block with. They both ran into Force of Will and Currence ws out of permission so he played out a Spiritmonger of his own. Pustilnik was then able to get Recurring Nightmare into play and a Bird of Paradise suddenly morphed into Spiritmonger. So did another and the momentum now belonged completely to Mikey P. It didn't take many attack phases with his pair of Spiritmongers for Pustilnik to put himself on the verge of a Top 8 berth.