Old school pro Robert Jurkovic had his Pro Tour debut at Mainz in 1997, but he didn't really begin putting up big finishes on the international stage until Pro Tour Austin in 2009 where he posted a Top 16 finish. Jurkovic followed that up with a Top 16 at Worlds in Rome just a couple of months later, and has remained a constant presence on the Pro Tour since.

While Jurkovic has been playing in Pro Tours for nearly 15 years, Christian Calcano didn't debut on the tour until Pro Tour San Juan in 2010. Since then, Calcano has posted a Top 16 finish at Worlds in Chiba, and has come just short of making the Top 8 at quite a few other premier events. 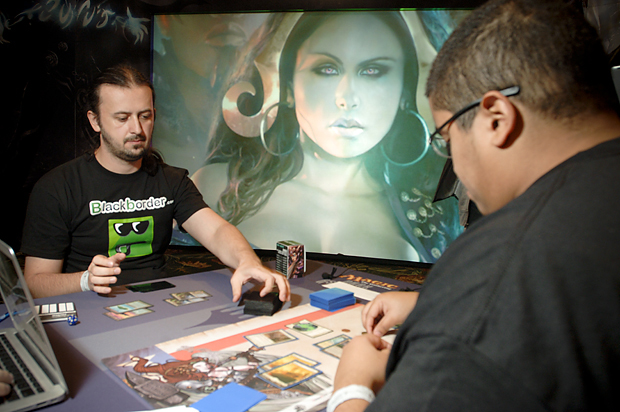 Christian Calcano and Robert Jurkovic get their match underway.

With 8-3 records going into the final five rounds of Standard, both Jurkovic and Calcano still have their sights set on their first Pro Tour Top 8, but in order to make the cut they're (likely) going to need to go undefeated from this point forward.

Calcano won the roll, and got off to an extremely aggressive start with two copies of Champion of the Parish and a Doomed Traveler.

Jurkovic had a Mana Leak to counter Hero of Bladehold and a Black Sun's Zenith to leave Calcano with just a 1/1 Champion of the Parish and a Spirit Token, but at a mere 5 life, Jurkovic needed to hope that Calcano didn't have any good follow up plays if he was going to have any chance to get back into the game.

Unfortunately for Jurkovic, Calcano had a Sword of War and Peace which allowed him to attack for lethal on turn five, even after Jurkovic had cast a Black Sun's Zenith just a turn prior. 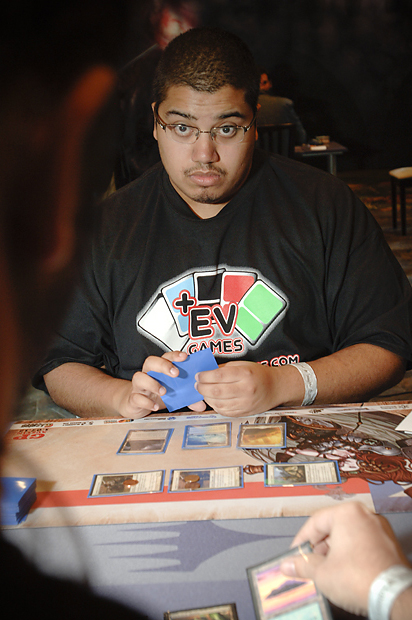 The second game didn't go much better for Jurkovic.

Calcano opened on Thalia, Guardian of Thraben and Mirran Crusader, so Jurkovic could only Black Sun's Zenith for one on his fourth turn, leaving Calcano with a 1/1 Mirran Crusader. 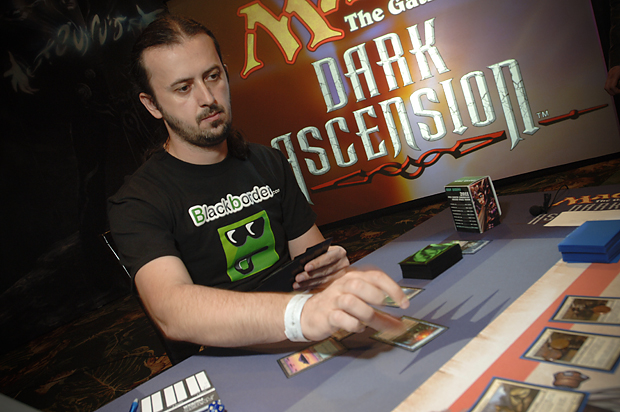 Angelic Destiny made that Mirran Crusader into a flying 5/5 double striker, and when Jurkovic's draw step failed to offer him a Tribute to Hunger, he could do nothing but extend his hand in defeat.