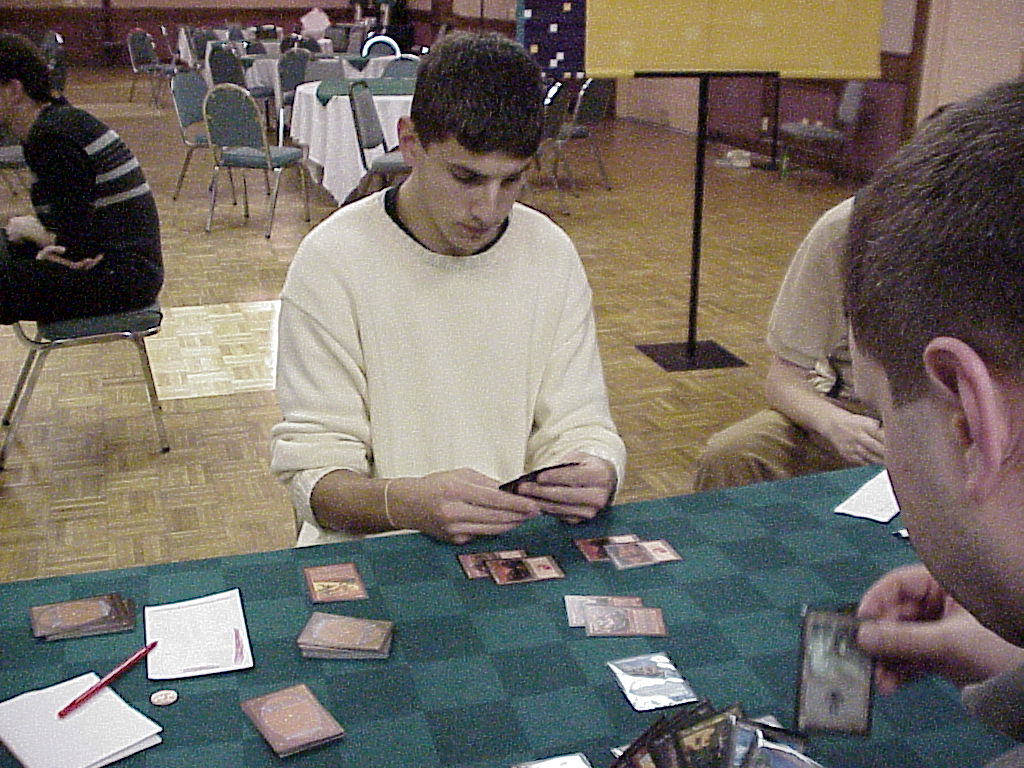 When Mark Le Pine and Pete Leiher sat down to play a round 12 feature match against each other, they both knew the stakes were high. Leiher needed to win one of the last two rounds to get to 31-poins, which is believed to be enough to clinch a Top 8 berth. Le Pine needed a win and a draw to get to 31. These players are no strangers to high pressure Magic as LePine has 3 Pro Tour Top 8's on his resume, along with a Top 8 at Grand Prix Manchester three weeks ago. Leiher has played his best Magic at U.S. Nationals, advancing to the Top 8 three times and then finishing 9th twice at Worlds. Despite playing seemingly since time began, the Tongo Nation veteran had not yet made the Top 8 at either a Pro Tour or a Grand Prix.

Mark Le Pine drafted a crazy deck at the top table. Many onlookers think he went "on tilt" after Matt Vienneau switched into his colors while feeding him. What he wound up with was 25 mediocre red cards and 15 mountains. Le Pine has had success with ultra-aggressive draft decks over the years so a lot of people took the attitude of "let's wait and see" before condemning his strategy. However, the consensus is that he should have splash a little bit of black. He could have had two copies of Agonizing Demise along with a Shivan Emissary. Meanwhile the Swamps would help out his Tribal Flames and Hooded Kavu.

Le Pine lost the die roll before game 1 against Leiher, which was very unfortunate given his deck. He played turn 2 Firebrand Ranger and turn 3 Viashino Grappler. Leiher used Cursed Flesh to remove the Grappler and was then able to play a fairly fast Crypt Angel despite Le Pine's Turf Wound. Le Pine Stunned the Crypt Angel, put Maniacal Rage on his Apprentice, and came across but Leiher used the kicker of Shivan Emissary to destroy it and generate some serious card advantage. The players traded creatures and removal for a few turns, but Leiher's Crypt Angel never left the table and just kept attacking until Le Pine ran out of life. 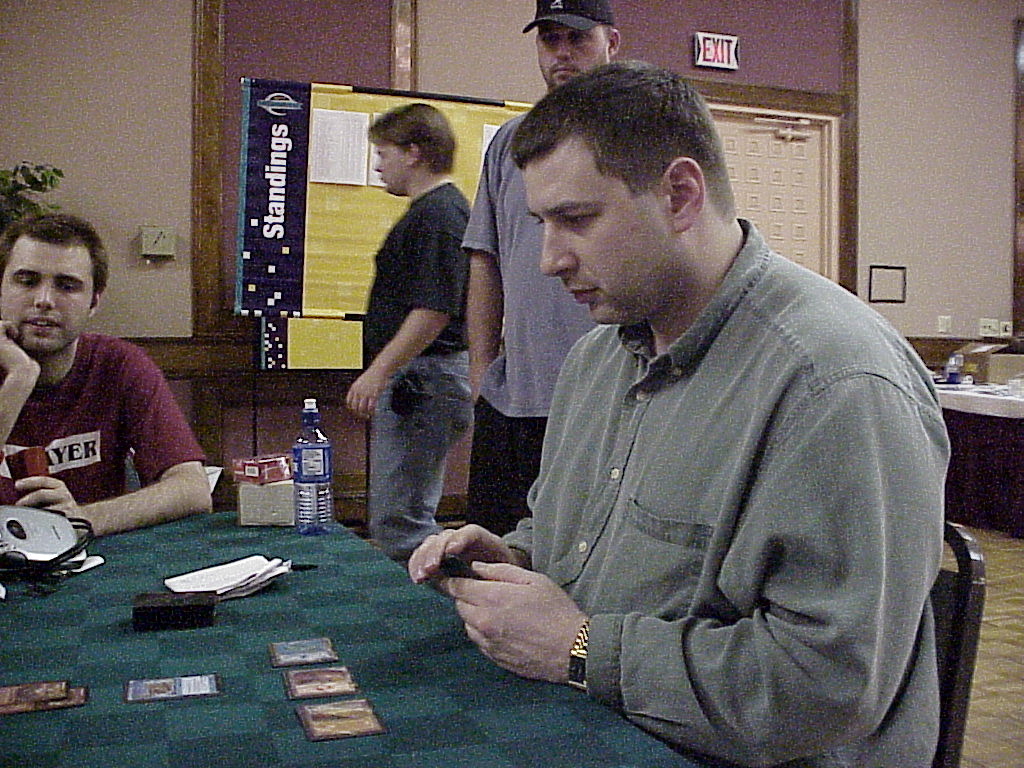 Le Pine got to go first in game 2 and played a turn 3 Kavu Aggressor. Leiher answered with Shoreline Raider, but Le Pine had both Stun and Maniacal Rage ready for his 4th turn. On turn 5 Le Pine threw both Zap and Tribal Flames (for one) at the Raider and finally destroyed it. However, Leiher first bounced it with Urborg Emissary and finally destroyed it with Plague Spores. Leiher then got to Zap a Viashino Grappler and use Crypt Angel to return Shoreline Raider to his hand. Leiher just had too much removal for Le Pine and Le Pine was never able to really follow up on those initial 10 point of damage, and Leiher's Crypt Angel once again kept serving until Leiher advanced to his first Grand Prix Top 8.