Omar Rohner is a 30-year old Spanish poker player, residing on Malta. He might not be known to the general public, but eternal experts know his name from the top of several Bazaar of Moxen events. Both players entered the round with 10-1 records, meaning a win this round would put them in excellent shape for making the top 8.

Omar Rohner was running Merfolks, a deck on steroids since the printing of True-Name Nemesis. Maciej Fidzinski was playing RUG Delver, with main deck Grim Lavamancer, which could be crucial against the Merfolk army. Even though there was a lot at stake, the atmosphere was friendly, and players even allowed a few takebacks, which you don't often see at this level of competition. 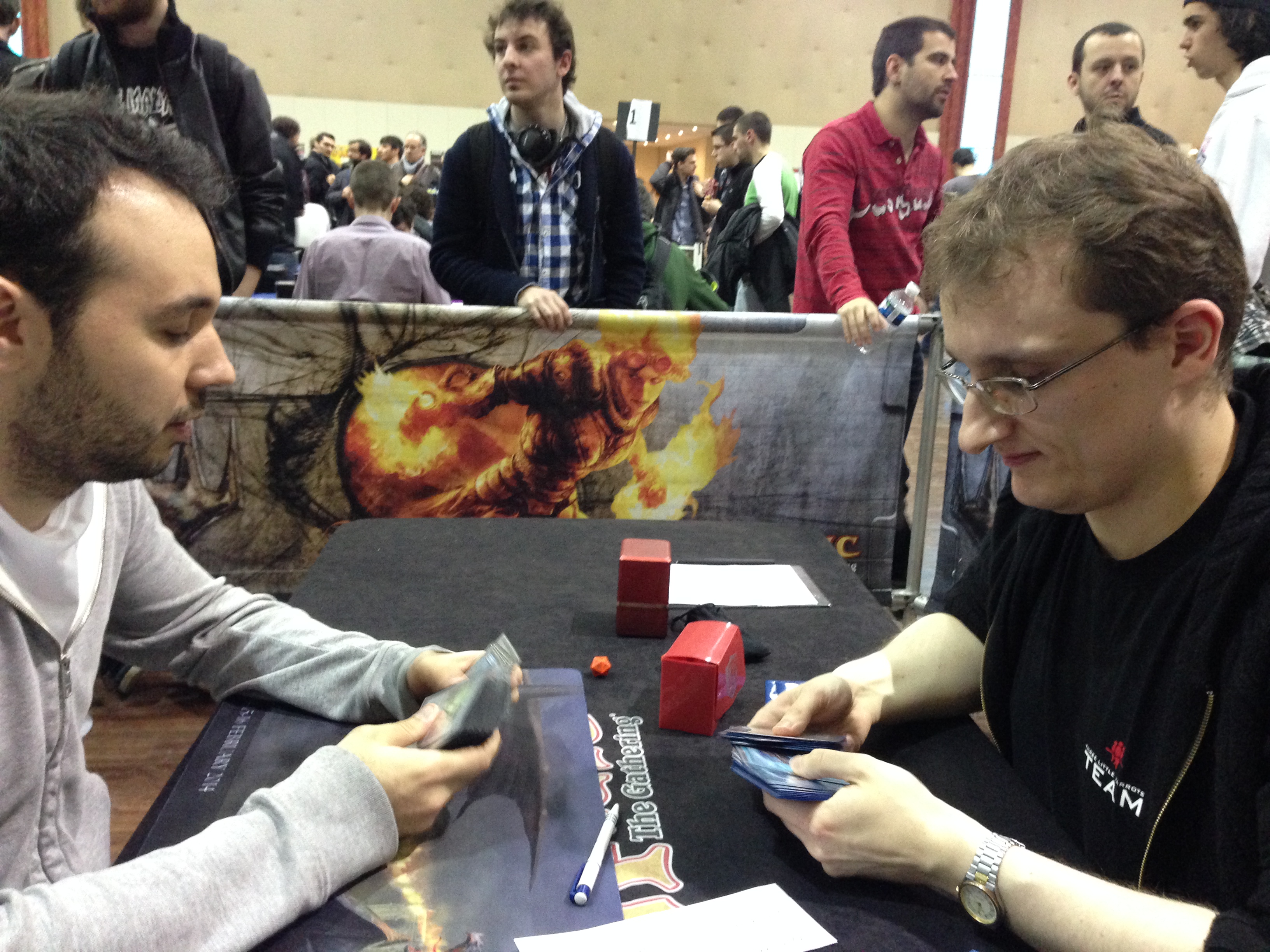 The matchup usually plays out in a race situation, where the key for the Delver deck is to get ahead before the merfolk lords grant islandwalk and make each other gigantic. Cards like Lavamancer andLightning Bolt would be key, where Rohner would be hoping to get an early

The first game was all about True-Name Nemesis. Even though Fidzinski was first on the board with a Lavamancer and a Delver Rohner was able to get one into play with Cavern of Souls making it uncounterable. A second Nemesis prompted a "Yeeeeeah, nice," from Fidzinski. Bearing witness of how vulnerable his deck was to the new merfolk.

A beta Lord of Atlantis powered up the pair, and the race was over in Rohner's favor.

The second game, once again came down to Nemeses. With an opener of only reactive cards Fidzinski was able to deal with Æther Vials on the first two turns, but once again a Cavern of Souls allowed True-Name Nemesis to resolve. This time on an empty board. "Boooring," Fidzinski exclaimed without irony.

He tried his best, by summoning Grim Lavamancer and a Tarmogoyf, but wasn't pleased when the Nemesis went on the offense. "Not blocking, obviously," said the Polish player, having had just about enough of the card for the weekend.

When a Phantasmal Image showed up, cloning the Nemesis, Fidzinski slumped even more in his chair. The race was once again over in the favor of two Nemeses. 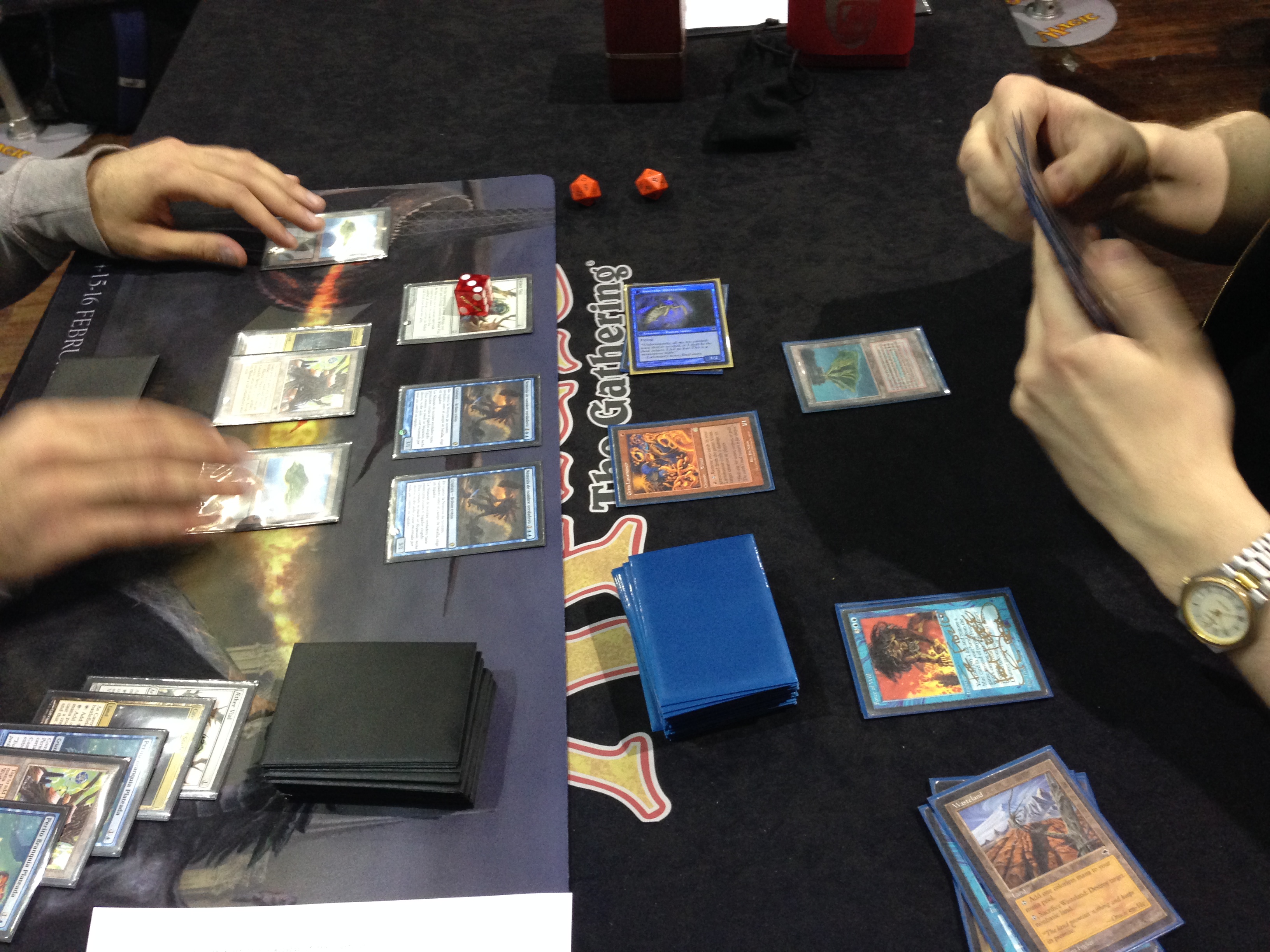 "I don't enjoy playing against Merfolks, but it's always fun to play against Rohner. He's really on a level above everyone else, " Maciej Fidzinski summed up the match.