Shahar Shenhar and Yuuya Watanabe have something very distinct in common with one another. They each won the very last premier event that they've played in.

Watanabe took the title at Grand Prix Kuala Lumpur (giving himself a healthy lead in the race to become the captain of the Japanese World Magic Cup team in the process), while Shahar Shenhar vaulted his way to the top at Grand Prix Salt Lake City a few weeks later. 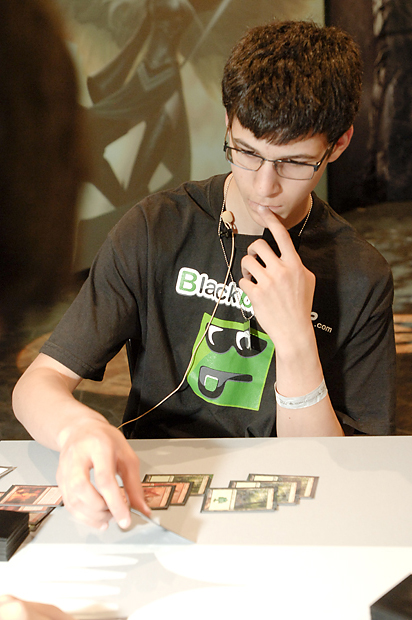 Shahar Shenhar needs to fight through Japanese pro Yuuya Watanabe if he wants to keep his chances of a Top 8 alive.

Going into the twelfth round here at Pro Tour Avacyn Restored, both Watanabe and Shenhar find themselves with 8-3 records, and needing to win out the rest of their matches this weekend in order to keep hopes alive of taking down their second consecutive premier event.

Shenhar came out of the gates with an Avacyn's Pilgrim and a Strangleroot Geist, but a Geist of Saint Traft put Shenhar firmly on the defensive. Shenhar passed his third turn with no play, prompting Watanabe to attack with his Geist of Saint Traft, as he saved it from dying in combat with a Restoration Angel.

Shenhar built up his board a bit with Wolfir Avenger, but a second Restoration Angel kept Watanabe's Geist of Saint Traft alive through yet another combat phase. 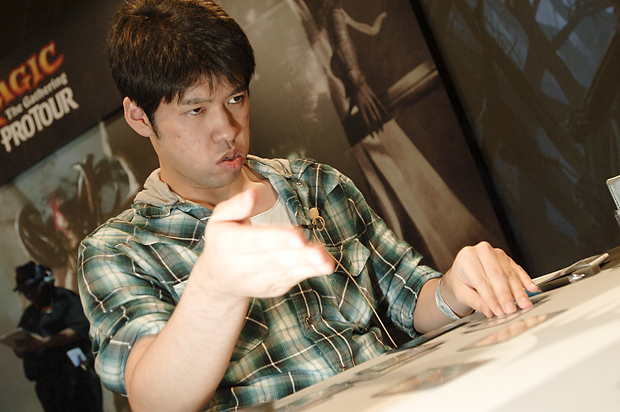 Watanabe's Geist of Saint Traft does some serious work when flicker effects can save it from a suicidal combat phase.

At this point, Shenhar needed a miracle to win this game. Shenhar drew for his turn, and when he saw that there was not a Bonfire of the Damned waiting for him on top of his deck, he promptly conceded.

Shenhar kept a removal heavy hand in the second game, and while he was able to kill a Fettergeist and a Geist of Saint Traft, he had nothing that could handle Watanabe's Galvanic Juggernaut.

And without Shenhar presenting any relevant threats of his own, it was only a matter of time before Watanabe was able to Devil's Play Shenhar out of the match.

4 Bonfire of the Damned 2 Pillar of Flame