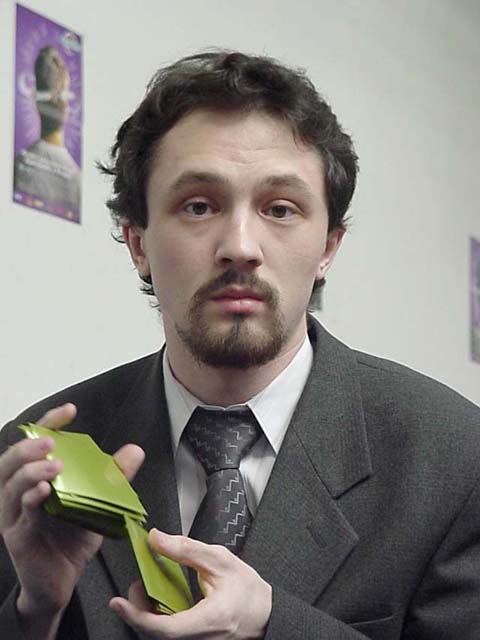 These two players were fairly unknown before this event, but they now find themselves in the healthy position of being one match win away from their first Grand Prix Top 8. Both of them are from Russia.

Yuri played second, but summoned the first creature of the match - a turn two Meddling Mage naming Recoil - as he knew what Rustam was playing. He followed this up with a third turn Galina's Knight, which was Excluded. It appeared that Bakirov was playing something similar to Fujita's deck from Pro Tour Tokyo.

Yuri played a Voice of All on his fourth turn, which Rustam did not have a counter for. He did however have a Fact or Fiction, which revealed two Spite/Malices, and three lands. Markin split them accordingly, and Rustam took the lands.

He followed up with a Ravenous Rats, causing Yuri to discard a Plains, and Repulsed the Voice of All, as he was by then down to only twelve lives. Yuri responded with a Fact or Fiction that netted him a Crimson Acolyte, a Voice of All, and a land.

Rustam played a second Ravenous Rats, this time netting an Island, and Yuri played another Meddling Mage. In response to this, Bakirov Repulsed the other Mage, which Markin had enough mana to replay. Now the Mages were preventing Recoils and Undermines from being cast.

Rustam played a Fact or Fiction to try and find some threat of his own - his two Rats were probably enough to deter Yuri from attacking with the Mages - and the spectators laughed as the first two cards turned over were Recoil, and Undermine. Markin put these together with the Yawgmoth's Agenda, which was risky if Rustam had some other way of removing the Meddling Mage. Bakirov took the other pile - only a land and a Repulse.

Markin couldn't stop Bakirov from casting an Exclude on his Voice of All though, and could only attack with a Crimson Acolyte as he didn't want to get his Meddling Mage double-blocked. There was no third Exclude for Bakirov though, and he had to allow a Voice of All to come into play.

Rustam used a third Repulse to get rid of the Mage stopping Recoil from being cast, and Recoiled the other Mage. He then Lobotomized Yuri, unsurprisingly for Meddling Mage, which left him with only Crimson Acolyte in hand.

He still had his Voice of All, though, which Rustam couldn't deal with so far, and it brought him to six life. Rustam played a second Nightscape Familiar, but still couldn't find anything to deal with the Voice, and racing seemed impossible as Yuri was still on twenty life after Absorbing a Ravenous Rats. Bakirov didn't find anything in the next three turns and the Voice ended game one in Yuri's favor.

Unfortunately I couldn't translate the banter the two players had between the games, as my knowledge of Russian is non-existent. What I do know is that Rustam chose to start in the second game. 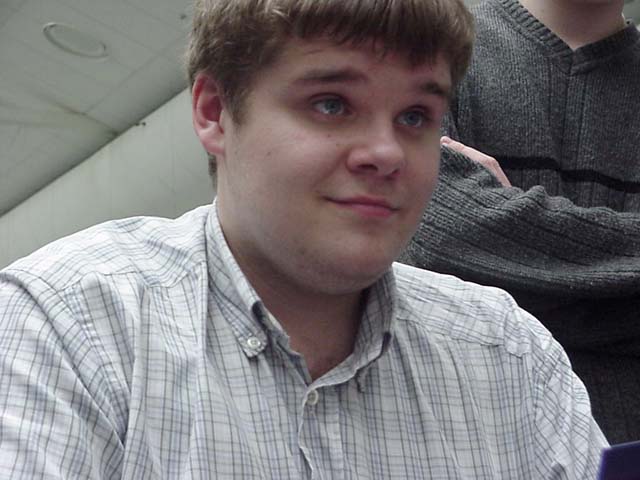 Rustam's first two land drops were Salt Marsh, which meant that Yuri's Galina's Knight was the first play of the game. Rustam was ready with an Exclude for a back-up Knight, although the first one managed to hit him down to sixteen.

Bakirov attempted to cast Fact or Fiction, but Markov was ready with one of his sideboard cards - Gainsay. Rustam cast a Stormscape Master, but this meant that he was tapped out and unable to counter Crusading Knight. The Master's life gain ability wasn't enough to counteract the beating he was taking from the pair of Knights, so he needed to draw a Repulse pretty quickly.

To stem the attacks, Rustam tried to cast Spite / Malice on Galina's Knight, leaving himself with only two mana open, and this meant that after Yuri cast Disrupt, he couldn't use the Master's ability.

Now he only had one turn to draw Repulse, but he didn't find it and had to concede.