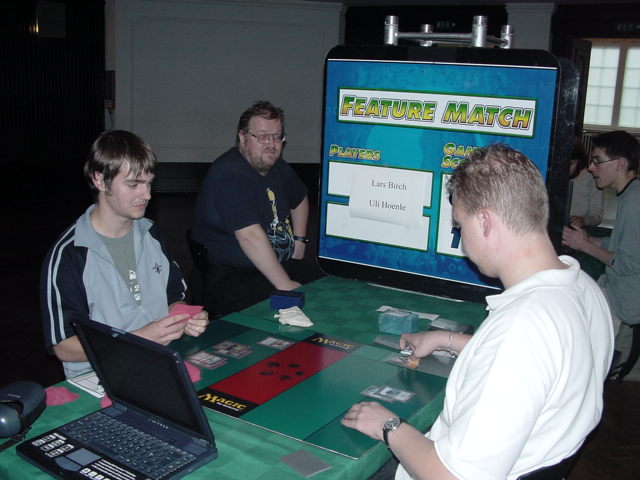 Both Uli Hoenle and Lars Birch have competed on the Pro Tour although not to great success yet. German Hoenle scraped into day two by the slightest of margins. He finished 65th only for someone to drop out. Birch from Denmark also had tough start. He had one bye and after round three was 1-1-1.

Hoenle is playing blue-black Upheaval while Birch is running a Wake deck.

As expected the build up was fairly slow. Birch Speculated three Deep Analysis into the Graveyard while Hoenle gained 3 cards off Standstill. The first shots fired were when Birch wished for a Ray of Revelation to take out Compulsion.

Birch then went for three successive Mirari's Wake. The first two were Syncopated and the third stopped by Circular Logic. Then Hoenle pulled off a savage trick when he wished for Plagiarise, cast it in Birch’s draw step to steal his card and then sacrificed Coliseum so that Birch had to discard three while he got the cards. Probe – OBC style!

Hoenle’s first Tog vanished to Syncopate but a second stayed on the table. The card advantage wars continued as Hoenle drew 4 off Skeletal Scrying. Then he cast Standstill to make it even sillier. Birch wished in response for a Moment's Peace but he didn’t have enough mana to cast it and the Tog went Lethal. 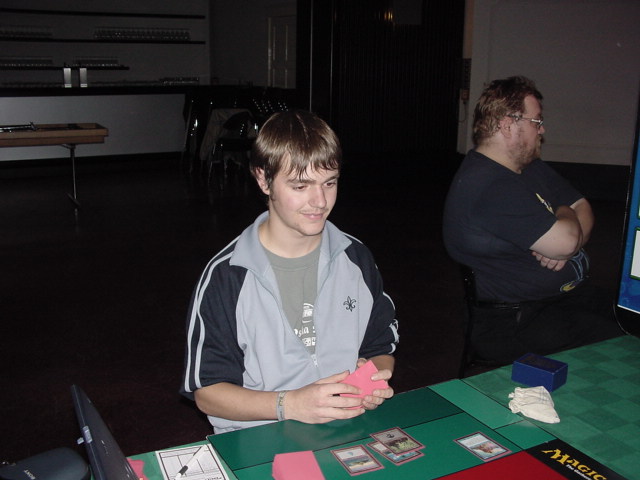 Game 2 saw another steady build up. Hoenle dropped an early Standstill but Birch didn’t feel the need to crack it as he used two Krosan Verges to ramp up his mana and then dropped a Nantuko Monastery. In his end step Birch started to hold back cards to discard to head towards threshold to get the monastery online.

Seeing this Hoenle had to break his own Standstill. He went for Mirari, which Birch Syncopated. There was short Syncopate war over a Cunning Wish from Hoenle. Hoenle won and fetched a Skeletal Scrying from the board. This tapped him out and allowed Birch to drop a Mirari's Wake and have access to a ridiculous amount of mana. A second followed and then Mirari itself. With Compulsion on the table Birch was in a very strong position and kept knocking chunks out of Hoenle’s life total with the Monastery.

Hoenle went for a Tog but when Birch burst it in response to his subsequent Standstill the German conceded.

Birch - “Having uncounterable beatsticks is a good thing.” 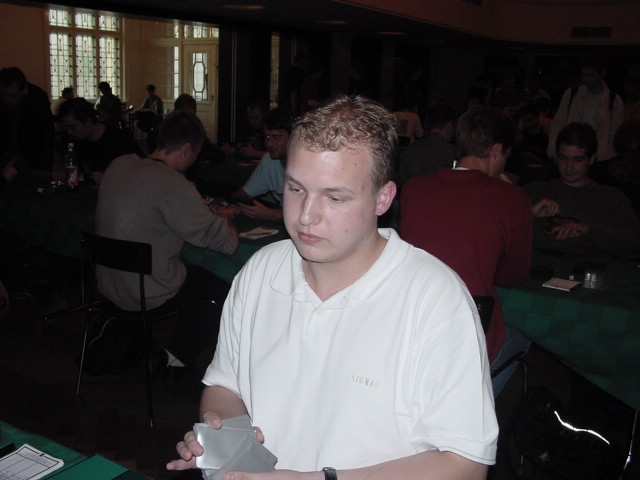 Birch attempted turn two Compulsion only for Hoenle to Syncopate it. This time Standstill was much better for Hoenle as he got a Tog on the table. Birch broke it immediately to successfully resolve another Compulsion.

Then the game descended into a massive stall as Hoenle got a Tog and then Standstill on the table but couldn’t attack as Birch would hit him back for more with a Nantuko Monastery. Birch was happy to sit back and cycle cards off his Compulsion. Hoenle ended up discarding Infiltrator, Infiltrator and a second Tog to his own Tog to reamin below seven cards. Eventually the Standstill was broken and the tog returned to Hoenle’s hand.

The game went into extra turns and Hoenle prevented the one attack he needed to by Aether Bursting the Monastery, but Birch had two Envelops to stop his Upheaval resolving and the game ended in stalemate.