Round 13: Ryan Fuller vs. Bjorn Jocumsen 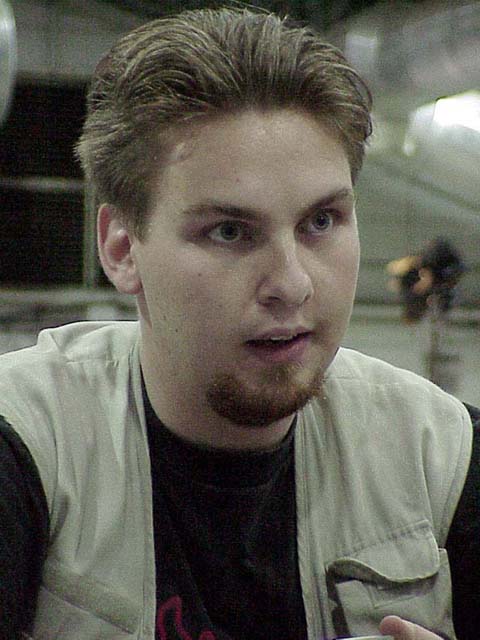 Boy, was this an interesting match to watch and an inspired decision to make it a feature match. In just the previous hour Ryan had had a judge called on him twice by the same person, and had received a warning for one of the instances. Who was the person who called the judge? Why, Bjorn, of course.

So what should you do when you sit down against a champion trash talker when he has a bone to pick with you? Well, for future reference I recommend you don't try to out-trash him in his language, with his friends watching the match. There were two battles fought here today - one on the play mat and one with words. The score was 1 a piece on that count.

Ryan was wielding a red/green/black deck with a lot of weenie creatures whilst Bjorn played blue/green/black/red with a mainly green base.

Insisting on calling his opponent Swedish "Well I don't know - I've never heard of him before" Ryan was asked to play first, but things went wrong for him almost immediately. Keeping a two Swamp hand Ryan found himself discarding on turn four, then finally making a threat on his fifth turn in the shape of a Mournful Zombie when he drew a Mountain.

Unable to capitalize on his opponent's misfortune, Bjorn made a Stone Kavu on turn five and passed. First blood went to Ryan though as the Kavu was Terminated and the Zombie wandered on over for 2 damage. Again seemingly devoid of real threats and with Ryan still stuck on 3 land, Jocumsen cast Lay of the Land, then made a Thunderscape Apprentice. Feeling like a better card than the Mournful dude, it stepped aside in the next combat phase. Then Fuller cast an Amphibious Kavu having finally drawn a Forest.

'Ouch', Plague Spores took out the Kavu and the freshly made forest, but Ryan managed to tear another one off the top and made a Quirion Elf naming 'red'. With an AEther Mutation in hand that was not very willing to bounce the Mournful Zombie, Bjorn had to sit and do nothing until a Dromar's Attendant was played. Five 1/1 tokens then came into play and the Artifact was bounced back to Ryan's hand. When it was re-made the following turn, it blocked a token, but was savaged by a Consume Strength that both killed the Mournful Zombie and pumped the blocked token up to a 3/3. Before all the creatures hit the graveyard Bjorn deliberated over whether to pump his 3/3 token to a 4/4 with his Apprentice to save it - knowing that Ryan had a Simoon in his deck from watching the draft closely. Risking the red/green instant he did and Ryan did not have the answer.

Before passing back to Ryan Bjorn also made a Kavu Scout and the match was won the following turn as Ryan conceded.

This time Ryan asked Bjorn to play first. The first play of this match (after a Lay of the Land on his first turn) was Jocumsen's 3/2 Kavu Scout on turn three. Once again Ryan replied with his Mournful Zombie (I checked his deck after the match and it really was better than it looked), but when it tried to block the Scout, Gaea's Might protected it and Bjorn followed up with a Pincer Spider. 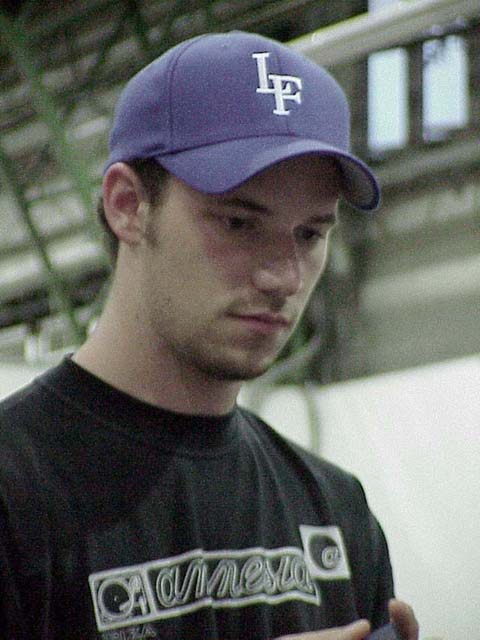 Ryan then made an Amphibious Kavu leaving one red mana open to bluff the singe. If he had a singe he could singe either the Spider or the Scout when they attacked, then block with the Amphibious and survive as the opposing creature would be black. Fearing the Singe - which Ryan did not even draft, by the way - the Amphibious Kavu was Slayed and the two creatures rolled in reducing the Dutchman to 14. Ryan rallied back by Terminating the Spider and casting Exotic Curse on the Kavu Scout, but a new threat in the form of a Stone Kavu hit the table and things started looking really bad again for Fuller.

Only managing a Volcanic Imp in defense, Ryan watched in vain as the Stone Kavu was joined by Verdeloth the Ancient with a token to boot. With both players knowing the game was pretty much sealed things took an interesting turn as the trash talking began:

"You are going to relish this victory aren't you?"
"Ever heard the expression 'every dog has its day?"

For a full ten minutes no more magical spells were played as the two just threw comments at each other until Bjorn's daughter even got dragged into it. "My daughter's name is Justicia - I called her that because I like justice in this life. I believe people should be punished for their crimes." Soon the judge started trying to push on proceedings, but both players were having none of it, fully enjoying the trash talking dual - Bjorn because he was winning the match and Ryan because he was the better trash talker.

"So how come I haven't seen you at the Pro Tour before? Oh yeah - that's it, you aren't quite getting there yet. Oh never mind - I'm sure you'll get lucky one day. I mean really - people like you are qualifying every day."

Eventually the judge managed to get a few cards played and Bjorn swept in to victory.