The Netherlands' Kamiel Cornelissen has five Pro Tour Top 8s and six Grand Prix Top 8s to his name. Standing in the way of yet another Top 8 this round was Kenny Öberg who's currently on fire with a Grand Prix win in Gothenburg, Sweden on home soil just last week. This being the famous—or infamous—Ad Nauseam mirror match, the audience was sure in for an interesting match. 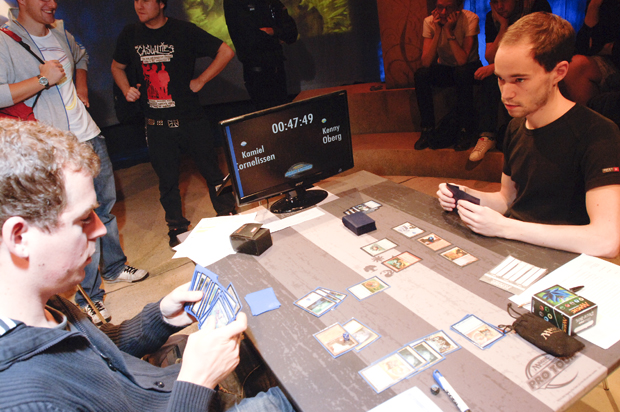 Lotus Bloom came out of suspension, but with the Coalition Relic still untapped on Cornelissen's side, threatening Angel's Grace, Öberg couldn't go off. Instead he simply summoned Simian Spirit Guide to start the beatdown. The Ape got in twice, while the Dutchman flashbacked one of his Mystical Teachings to go get Ad Nauseam. Then he cast Conflagrate to kill the Ape.

On the following turn, Cornelissen went for Ad Nauseam, not going off, but rather trying to get a new grip of cards. Ponder, Slaughter Pact, Preordain, Plains, and Pact of Negation went to his hand for the bargain price of just 2 life. He played the land, and discarded Slaughter Pact and Angel's Grace during his end step.

More Ponder, Preordain, more lands, and more Coalition Relic were being played on both sides, but nothing of actual consequence happened. For a long, long time...

With thirty minutes left in the round, the real action began. At the end of Öberg's turn, Cornelissen tried for Ad Nauseam. In response Öberg cast Teferi, Mage of Zhalfir. Cornelissen responded with Pact of Negation, which Öberg matched. After his Teferi resolved, Öberg had another Pact for the Ad Nauseam. 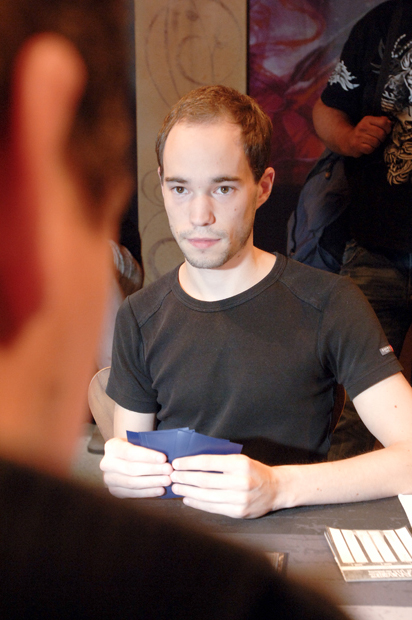 With his Lotus Bloom gone, Öberg was not able to pay for the three Pacts he had cast since the beginning of his last turn, but fortunately, he didn't have to. He just cast Angel's Grace instead. Then he followed it up with an Ad Nauseam of himself. That would allow him to draw the entirety of his deck and finally kill Cornelissen through Conflagrate, but the Dutch player didn't make his opponent go through the motions.

The second game started much worse for Cornelissen. He took a mulligan down to six, and kept a hand with Dreadship Reef and Plains as his only lands. He did have two Coalition Relics, but one was taken out of his hand by Öberg's Thoughtseize, another one was countered by Pact of Negation. Öberg was developing his mana fast with three Coalition Relics all in all, but when Cornelissen finally drew a land and a third Coalition Relic of his own—this time cast successfully—and had Thoughtseize, Öberg was suddenly left with no cards in hand at all!

On the other side of the table, Cornelissen still had a full grip of cards even if he was still a little tight on mana. It certainly sufficed for Mystical Teachings and, soon after, Teferi, Mage of Zhalfir. Öberg didn't even put up a fight. Instead he cast Mystical Teachings in his main phase and searched up Vendilion Clique. He saw a hand of Vendilion Clique, Slaughter Pact and Pact of Negation, and took the latter.

Cornelissen attacked and passed the turn. Öberg, with the help of his three Coalition Relics, cast Conflagrate for nine mana and 4 damage to Teferi. Cornelissen responded with Ad Nauseam, presumably to find Pact of Negation. Unfortunately, he didn't, and had to stop early when the first three cards he flipped included another Ad Nauseam as well as Simian Spirit Guide. This little adventure left him with just 5 life, and the Thoughtseize he played afterwards turned that to 3. 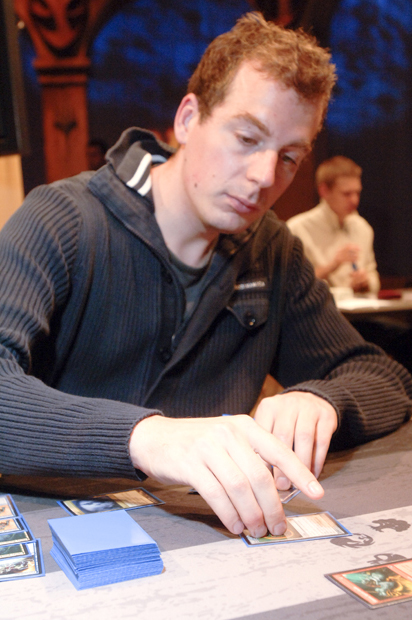 Kamiel gets in there.

Öberg once again had no cards in hand, although he did have Mystical Teachings left in his graveyard. Cornelissen also summoned Simian Spirit Guide, which started attacking and was soon joined by Cornelissen's Vendilion Clique. Under pressure, Öberg found himself in a position were he needed to flashback Mystical Teachings to get another of the legendary Faeries, and tap out during his own end step to cast it.

He disliked what the Vendilion Clique showed him. There were two Ad Nauseams in Cornelissen's hand. Tapped out, the Swede could only look in dismay as Cornelissen searched up Angel's Grace with a spare copy of Mystical Teachings and combined that with Ad Nauseam.

"Pact of Negation!" he announced, and flipped the last card in his hand—which was in fact an Island, and the admission of defeat.

Unfortunately, time had run out and the current score turned into the final result.