Round 14: Chris Benafel vs. Kamiel Cornelissen 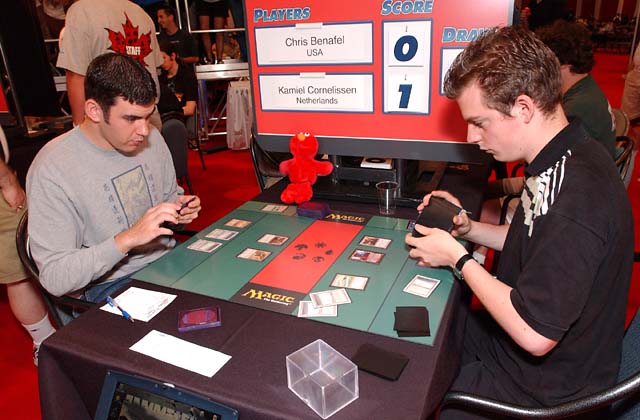 As they were being deck checked, charming misanthrope Chris Benafel pleaded with Kamiel Cornelissen to draw with him. Both had been hooked up by Ryan Fuller for this part of the tournament, and their decks differed by one card. Benafel's record was an unwieldy 7-1-5, and he needed every point he could get. Also, both are in the running for Player of the Year, adding a bit of extra salsa.

"Do you have any draws? Because now would be a good time to pick one up. Diversify your portfolio, you know what I'm saying?" -Chris Benafel

Eventually decks came back, and the match was allowed to proceed. Cornelissen led with Mother of Runes, and Benafel took it down with Swords to Plowshares before it could cause a ruckus. Cornelissen followed up with Steadfast Guard, and return the favor when Benafel dropped his own Mother. Even worse, he was stuck at a single plains.

Cornelissen summoned a Meddling Mage, who blocked out any further Plows. Benafel sank into deep thought. The silence was broken by the sound of Benafel's name plate falling to the ground. He appreciated the omen. His Cursed Scroll was looking substandard. Cornelissen, on the other hand, hit "UNO" by dropping Ramosian Sergeant and two Cursed Scrolls.

"I see your draw is a little better than mine." said Benafel. He was at ten, but had found his third land. He considered his options. He chose to let in another volley, and try to Scroll the Meddling Mage. He missed. He scooped next turn. 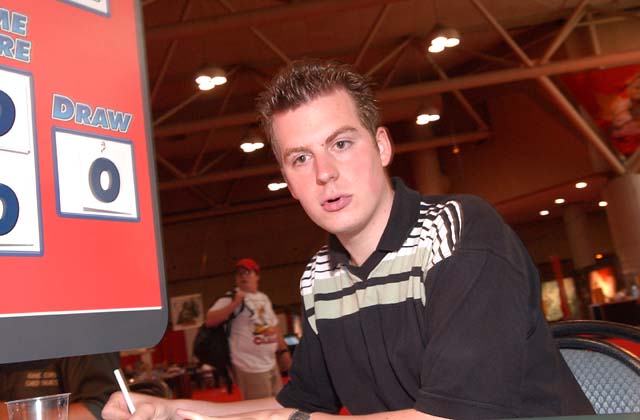 Benafel was anxious about time while sideboarding. Having received multiple penalties for taking too much time to shuffle, he keenly felt the threat of the DCI Judge over his shoulder. He requested a countdown from ten seconds, just to make sure he didn't accidentally get ejected from the tournament.

He led off game two with Mother of Runes, which came online and held back. Cornelissen dropped Meddling Mage, and Benafel responded with Tithe, fetching two Tundras. The Mage blocked out further Swords to Plowshares. It was an interesting double-edged sword in this mirror match.

Cornelissen couldn't match Benafel's Ramosian Sergeant, playing out his own Mother. He added a Steadfast Guard, and watched as Benafel scored one from his library. Cornelissen tried to keep up, using Brainstorm and Tithe to manipulate his draws. His Soltari Priest took the fight to another front. 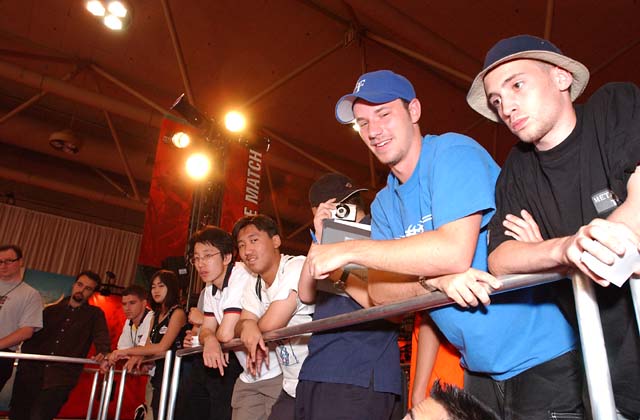 Benafel searched out another Guard, then played a third from his hand, as well as a Priest of his own. Cornelissen fell further behind, only able to find a single Guard to add to his army. Benafel brought out his fourth Guard and a Meddling Mage (blocking Plows as well) and swarmed the board. The Priests traded, as did five Guards and Cornelissen's Mage. Afterwards, things were overwhelmingly in Benafel's favor. Cornelissen's lone Mother stood against the Sergeant, Guard, Mage and Mother. Benafel joked "Well, that made things a little easier."

Cornelissen tried to make a game of it with Cursed Scroll, but it missed, and Benafel had Seal of Cleansing at the ready. He decided that with only nineteen minutes on the clock he'd best pack it in.

"I'm an idiot, I just want to clarify that." -Chris Benafel, for any number of reasons

Cornelissen double-mulliganed in game three, which drew the concern of spectator Ryan Fuller. Benafel would have none of it. "I know," he said "it's not fair. I stalled on one land for three turns. That wasn't fair either. Now it's my time to shine." 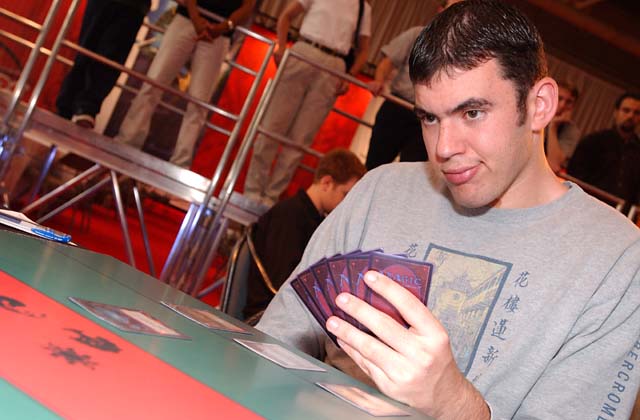 Cornelissen had no creatures by turn four. Benafel, ever the advocate of contrast, had Meddling Mage (stopping any more of its kind), Steadfast Guard and Mother of Runes. Three lands later, Cornelissen was at two. He turned over his hand: Three Meddling Mages, all drawn after Benafel summoned his Mage. Benafel apologized for the stupid matchup, and the two shook hands.