Do you know just how different Gold and Platinum are?

Luis Scott-Vargas soundly defeated fellow 2013-2014 season Platinum contender Ari Lax in two games, both knowing exactly what it meant for the next season.

Scott-Vargas used all four of his copies of Jace, Architect of Thought in just eight turns to outdraw Lax in the first game before casting four creatures by turn five to simply overrun Lax in the second. After starting the Pro Tour 1-3, it took a dominating 11-1 set of matches after to maintain his status among the game's elite for another season. 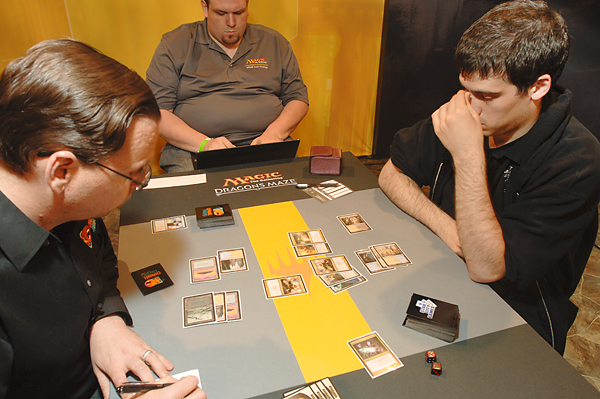 Both Ari Lax and Luis Scott-Vargas had a lot riding on this one match. But in the end, it was Scott-Vargas's massive Jace advantage that let him prevail.

"Platinum is where it goes from a hobby you pay for to a hobby that pays you. It's what truly distinguishes you as professional player," Scott-Vargas explained. The monetary rewards of Platinum affect how players like him look at events. "It makes going to Grand Prix more attractive. Even if I missed Platinum I would go to all the Pro Tours -- Gold players are all invited as well. With Platinum, now I'm much more inclined to go to Grand Prix because of appearance fees. And because you're offered incentive to go to more events, you're more likely to hit Plantium next year as well."

Scott-Vargas and Lax paired off Sin Collectors, with Scott-Vargas winning a war between Psychic Strike and Syncopate. With Lax tapped low thereafter, Scott-Vargas slipped his first Jace, Architect of Thought into play and activated its second ability, revealing two more copies of Jace and a land. Lax chuckled a bit as he split the Jaces into one pile away from the lands. Scott-Vargas snapped the pair up. 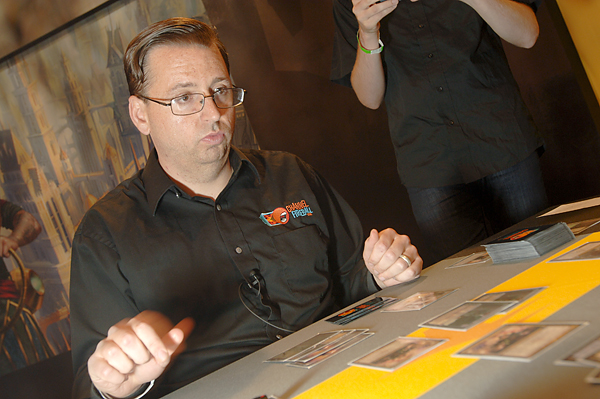 You could say that Scott-Vargas put a lot of thought into his decision to have more Jaces.

Over the next couple turns, Scott-Vargas churned through his Jaces, activating the second ability while it only had two loyalty counters, causing it to be put into the graveyard and therefore letting him play another copy to activate again. It wasn't until Scott-Vargas's fourth copy was in play that he used the +1 loyalty ability. Lax cast Blood Baron of Vizkopa, which was summarily hit by a Supreme Verdict, after he tried for a small Sphinx's Revelation, which Scott-Vargas stopped with Syncopate. After Scott-Vargas resolved his much larger Sphinx's Revelation, Lax decided to try again in the second game.

"It was Revelation for enough. I screwed up that game. I think if I had played the right land on turn four I could have used Syncopate," Lax admitted, referring to his decision to play Godless Shrine tapped which left him short one mana to win the initial battle over Sin Collector. But he was upbeat. "This is the kind of mirror match I like." 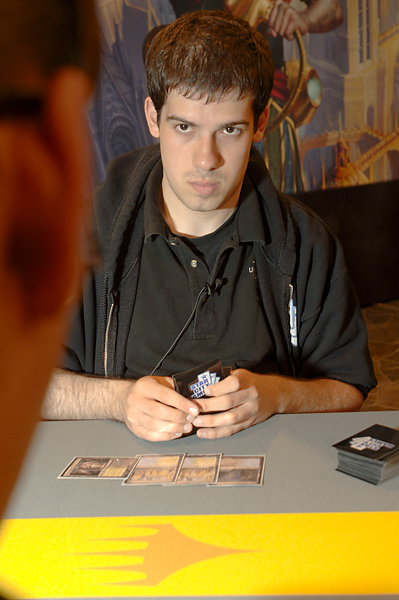 Lax's last shot at Platinum was buried under the avalanche of Scott-Vargas's card advantage.

"I feel like we're just peeling every turn," Scott-Vargas admitted, echoing the sentiment of many other players over the weekend.

"Well you're not stuck just looking at each other," Lax said. Ætherling's showing over the previous two days ensured the control-on-control matches moved along steadily.

The second game played out on a different, and even faster path. Scott-Vargas played what appeared to be a different deck, wielding Precinct Captain, Nightveil Specter, then another Nightveil Specter each on consecutive turns. By the time Lax landed his Blood Baron of Vizkopa on the earliest possible turn, Scott-Vargas had dropped Lax to just 6 life thanks to his final creature: Obzedat, Ghost Council.

"All of the creatures. Geez!" Lax exclaimed as his extended his hand.