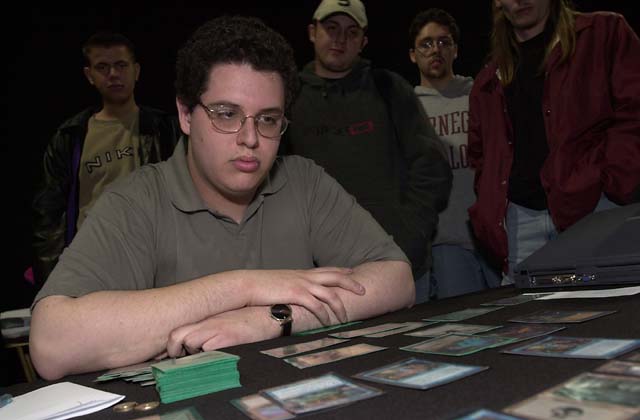 Alex Shvartsman purchased deck technology from the Three-headed English deckbuilding monster that plays at Hampton Court Palace. However, he didn't really like the Domain deck that they came up with and opted to run a black-blue deck designed by reigning Rookie of the Year Brian Davis. Facing a field full of control (and not many beatdown decks that could run him over quickly), all his card advantage should be really good. Mike Turian is playing a Go-Mar deck of his own design. Go-mar is the most popular archetype in the Masters field, but Turian's is a bit different, including two different colors of familiars and a number of other interesting design features.

Each player went for Fact or Fiction on turn 4. Shvartsman took 2 Swamps instead of 3 spells while Turian took Recoil, Lobotomy, and Plains instead of two Dromars. Turian tried to Exclude a Nightscape Familiar shortly thereafter, knowing that Shvartsman wouldn't want that to resolve. After Shvartsman played Undermine, he was tapped out and Turian was able to get through a Lobotomy, taking all the (rest of the) Undermines out of Shvartsman's hand and deck. He did leave Shvartsman with a Fact or Fiction, but he thought he could handle that card advantage. However, when Shvartsman immediately drew his fourth Fact or Fiction off the top of his deck, things started going downhill. 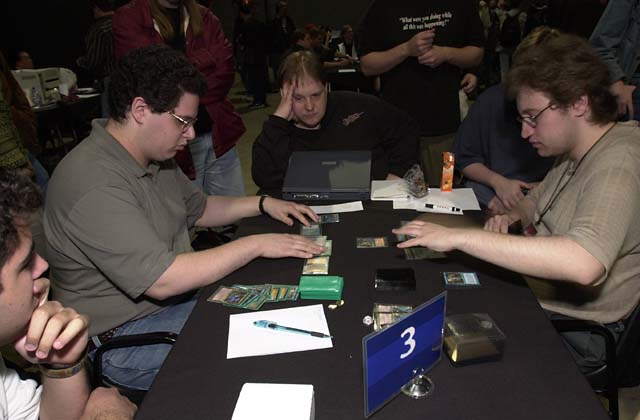 Shvartsman was able to get Yawgmoth's Agenda into play with 20 cards in his graveyard and probably thought he had the game won. However, Turian wasn't done. He first realized that he was never going to get Dromar through all of Shvartsman's Excludes so he decided to try to deck Shvartsman. This not only meant that Shvartsman's Excludes were dead, but it also meant that it would be risky for Shvartsman to recast the three copies of Fact or Fiction that were in his graveyard since Shvartsman only had 15 cards left in his library. Another Turian Lobotomy followed up by a Probe with kicker gave Turian an Agenda of his own and the Counterspell he needed to force it through. Suddenly Shvartsman was desperately trying to force through small creatures like Ravenous Rats and Nightscape Familiar just so he could deal a little more damage. With a full graveyard of his own, Turian was able to stop each 1/1 and he even got to gain five life from a Dromar's Charm to make sure Shvartsman could not reduce him to zero before he ran out of cards. At first it seemed like Shvartsman had a good draw when he saw all five copies of Fact or Fiction early, but 5 Fact or Fictions (and a couple of Probes) later, he was down a game. Afterwards spectators questioned Alex on some of the Fact or Fiction pile choices he had made. Shvartsman merely shrugged and explained that he's been running a fever and not thinking very clearly for the last few days. 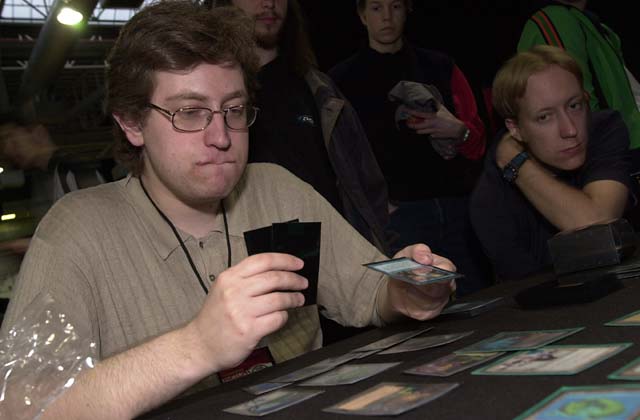 Shvartsman gave his Nightscape Familiar a pep talk early in game 2 - "all right, your job is to deal 20 points of damage. You can do it!" Two turns later the Familiar was -2/-2 and Alex was accusing it of failure. Turian then used Gainsay to force through a Lobotomy and suddenly all Shvartsman's Yawgmoth's Agendas were removed from the game. Turian also got to look through Shvartsman's deck and see exactly how he had sideboarded. However, Turian also saw that he was about to get Lobotomized as well. Since the only spell in his hand was Exclude, it wasn't that bad for him. Well, the Lobotomy wasn't bad. The fact that Shvartsman had Spite/Malice, Probe, and Nightscape Familiar when all Turian had was land was the bad part. Turian's deck promptly delivered up a Gainsay to stop the Probe (with kicker), then a Lobotomy to deprive Shvartsman of the Urborg Shambler he had drawn (reducing Alex's deck to just Familiars to win with, then a Nightscape Familiar of his own to bait out Shvartsman's permission, and THEN a DROMAR! Those were some outstanding draw phases for Turian - $2,500 worth of draw phases (at least) as Turian advanced to the Top 8 and will win a minimum of $6,500.