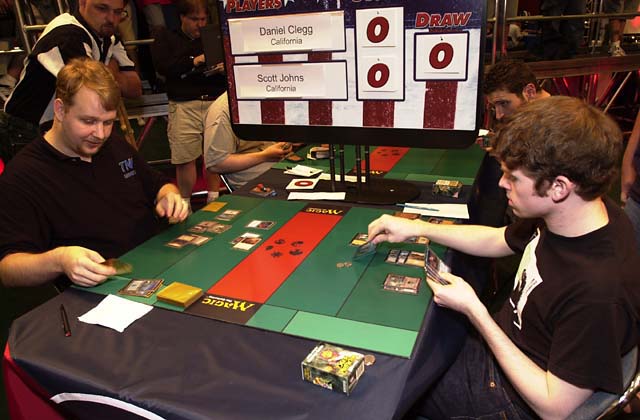 Dan Clegg and Scott Johns have two things in common. Both are from California, and both are having quite possibly the best Pro Tour season of their careers. Clegg has two Top 4s in two PTs, two Top 4s in two GPs, and a win at Grand Prix Turin just last week. Johns is having a similar season with multiple Grand Prix Top 8s, and a win at the first Pro Tour of the season, New York.

Game 1 was a battle of the one toughness one power creatures. Johns came out strong with two Stormscape Apprentices, while Clegg had a Tidal Visionary and an Obsidian Acolyte. 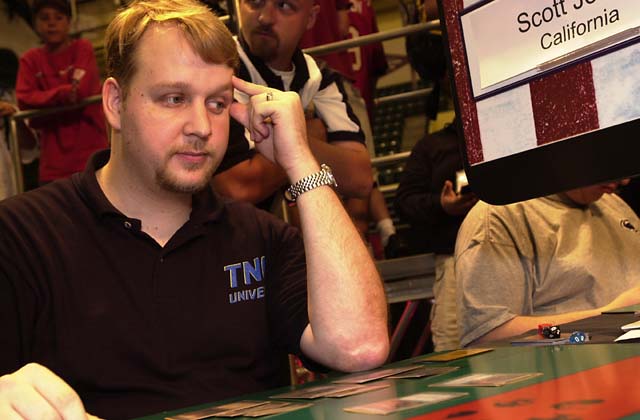 Unfortunately for Johns, each draw phase revealed a new land, with no real cards besides a lone Undermine, which countered the less than stellar Treva's Attendant. After a Probe, Faerie Squadron, and Urborg Emissary, Johns was forced to concede having drawn nothing the entire game besides 13 lands, and the two tappers.

Game 2 was even less exciting than game 1. Johns started off the first few turns by playing a Dream Thrush, and a Stormscape Apprentice, while Dan had to Paris his initial hand. While Johns continued to progress his board position, Clegg struggled to find a Swamp. After a Stormscape Battlemage with double kicker, and Exclude on a Meddling Mage, and a second tapper, Clegg conceded the second game. 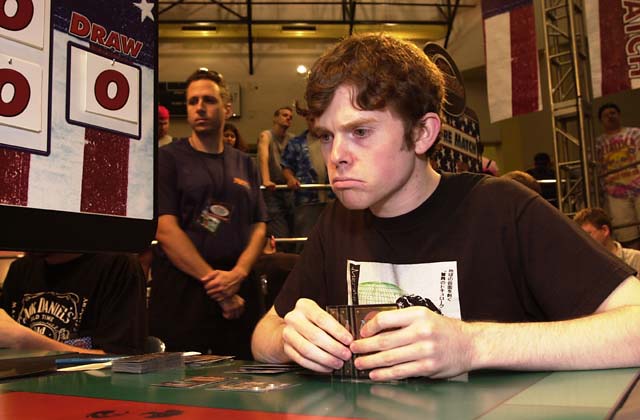 Johns chose to play in game 3, which looked to be a long drawn out game between two Black-Blue-White control decks. Clegg had other ideas though, as he played a turn two Galina's Knight, turn three Sky Weaver, turn four Silver Drake, and a turn 5 Samite Archer/Sky Weaver.