Round 2 Feature Match:
If You Can't Beat 'em, Join 'em

Ben Stark and Samuele Estratti both won Pro Tours last season – with Stark flying to victory at Pro Tour Paris with the first iteration of the Caw-Blade deck that would ultimately terrorize Standard for months to follow, and Estratti taking the trophy at Pro Tour Philadelphia with his format defining Modern Splinter Twin deck.

There was a lot of talk this week about what new deck(s) ChannelFireball might come up with for this event, but in the end, Stark decided to pilot an update to the Red-Green Ramp deck that Jun’ya Iyanaga won Worlds with. 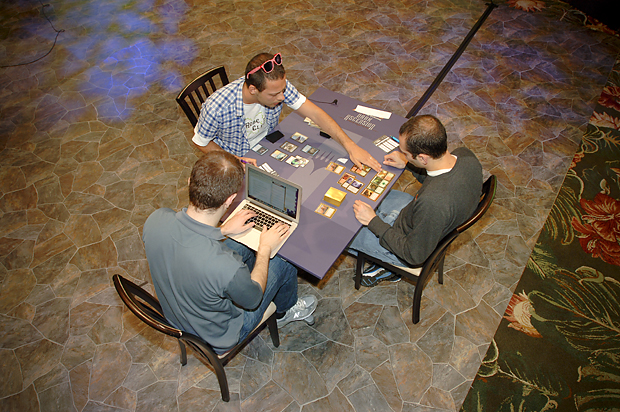 Meanwhile Estratti, a player who isn’t afraid to play the best deck even if much of the field has their sights set on it, decided to go with White-Blue Delver this weekend.

Stark won the roll, but had to start things off with a mulligan into a hand that he seemed a bit hesitant to keep. Estratti’s Gitaxian Probe let him see why the Pro Tour Paris Champion was unhappy with his opening hand, as Stark revealed four lands and a Huntmaster of the Fells.

Estratti was ready to punish Stark’s weak draw with a Delver of Secrets, a Mana Leak to counter Huntmaster of Fells, and a Snapcaster Mage (flashing back Mana Leak) to counter Stark’s follow up play of Green Sun’s Zenith, and Midnight Haunting to crank up the pressure.

Another Mana Leak dealt with an Inferno Titan, and while Estratti had no counterspell for Slagstorm the next turn, he had a Vapor Snag to reset his Snapcaster Mage, and a Geist of Saint Traft to finish off the job that his fliers had started. 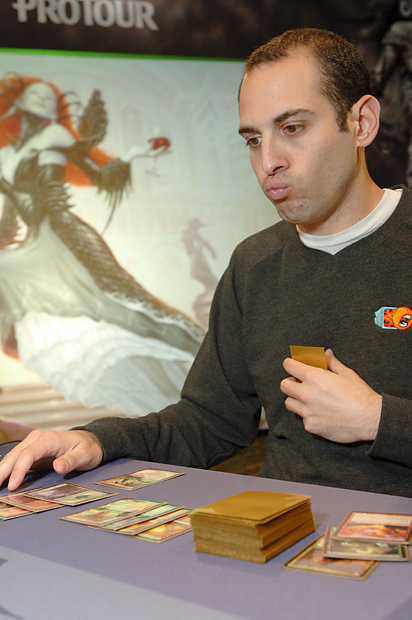 “Do you like our strategy for this tournament?” Asked Ben Stark after the first game. “Iyanaga destroyed all of us at Worlds with Red-Green Ramp, so we figured if you can’t beat ‘em, join ‘em.”

The second game started off much like the first as Estratti played an early Delver of Secrets, and countered Stark’s fourth turn Huntmaster of the Fells with a Mana Leak.

But when Estratti missed his fourth land drop, that gave Stark the opening that he needed to resolve a Green Sun’s Zenith, fetching up a Huntmaster of the Fells.

Midnight Hauntings gave Estratti more pressure, and a Gitaxian Probe kept the Huntmaster from flipping without forcing the Italian pro to waste any mana on his own turn.

Another Midnight Haunting and a barrage of Vapor Snags and Gut Shots later, and Estratti had taken the match. 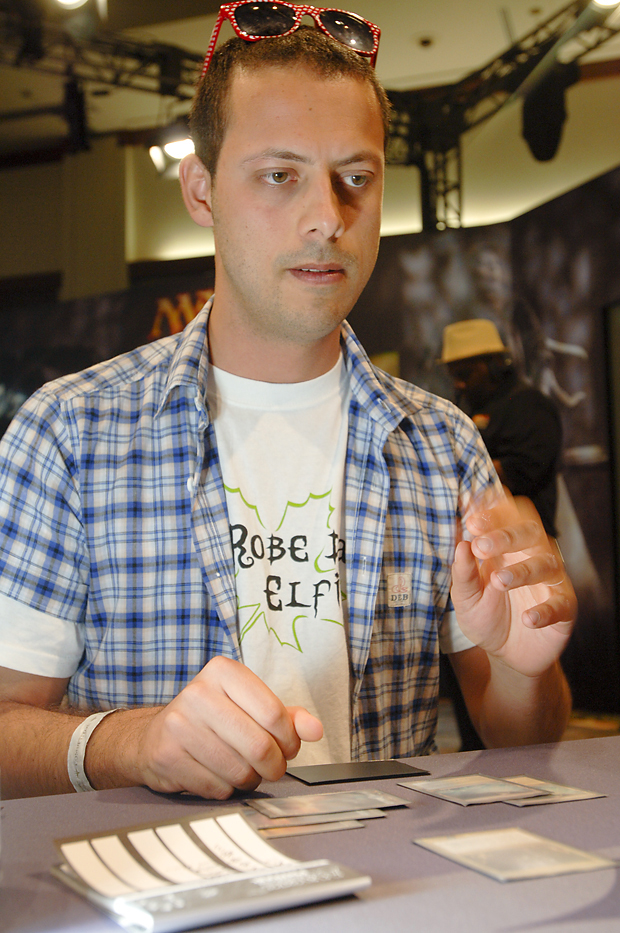 The PT Philly champion presses on, despite stumbling on mana early.