With the announcement of this feature match, exclamations of surprise could be heard throughout the hall: Japan's two best-known Pro players had been matched up. Those in the know were giving the nod to Fujita, assuming his Psychatog deck would be able to push past Ishida's counter-light combo deck. 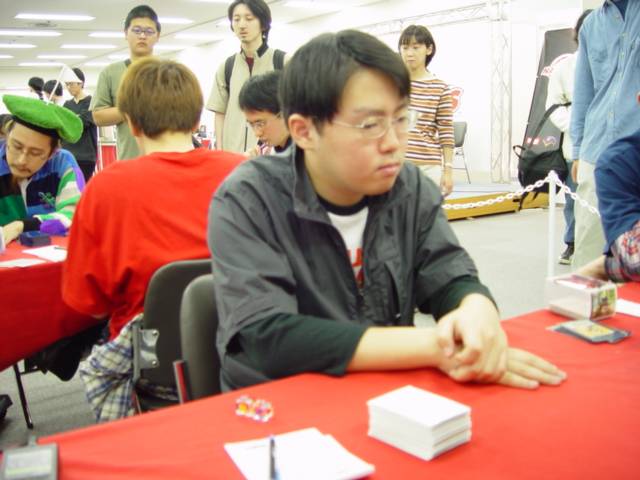 Itaru IshidaThe first game, Ishida got the pieces of his combo quickly, throwing down a Deserted Temple, followed by a Squirrel Nest played after Fujita let his guard down to hunt for a Psychatog with a kicked Probe. Fujita was able to finally Fact or Fiction into a Psychatog, but the number of squirrels on Ishida's board was rapidly growing. Using another Probe, Fujita was finally able to find an Upheaval. With 2 Familiars helping, he played Upheaval on the 7th turn, leaving enough for Psychatog. Ishida attempted to stop it with a Circular Logic, only to scoop after Fujita played one of his own.

Game 2 saw Fujita get off to a slow start, with Ancient Springs and Cephalid Coliseum as his only lands. Ishida, meanwhile, was able to play a second-turn Squirrel Nest with the help of a Birds of Paradise. After missing two land drops, Fujita conceded when Ishida played a Deserted Temple. 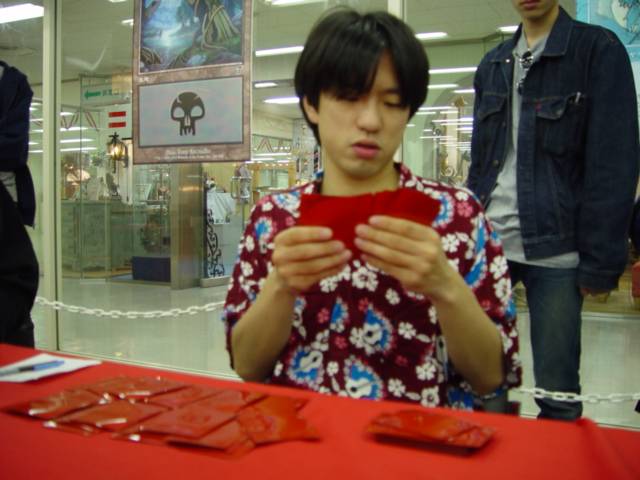 Tsuyoshi FujitaFujita's luck didn't get much better in the third game, stalling at two Islands and forced to discard two turns in a row. Fujita could only watch helplessly as Ishida played Mana Short in his end phase, then go on to play Squirrel Nest. He was finally able to draw more lands, but only after Ishida had a veritable army of squirrels marching across the table. He knocked his deck looking for something that would give him black to play the Psychatog in his hand, and got...Salt Marsh. Cursing his misfortune, he started picking up his cards. All in all, the match lasted less than 20 minutes.