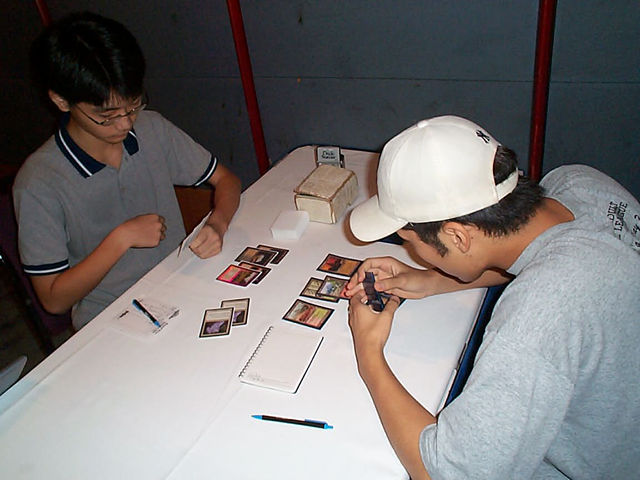 Japan's Reiji Ando is best known as one-third of Tokyo Masters Finalists Panzer Hunters. He comes to Singapore this weekend in search of recognition as a singles player. With only one bye, he squared off second round against relative unknown Cheng Hua. Though he may not have a reputation, Hua's mannerisms speak of the quiet focus possessed by the game's best.

Both players kept their opening hands, but Ando was soon on the wrong end of two of Hua's Spectral Lynxes. Ando's Blurred Mongoose had to play the role of bystander. He added a Kavu Titan to his team and steadied himself for the waiting game. 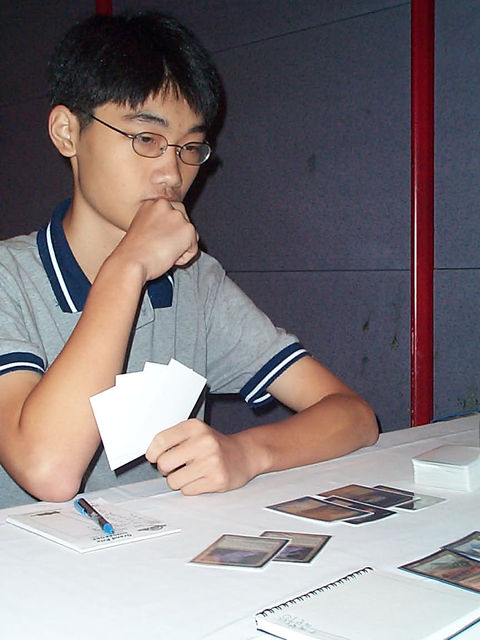 Hua hadn't been able to add to his board, lacking the critical blue mana to bust out the many creatures in his hand. This forced him to send with only one of Lynxes, dropping Ando to twelve. However, that was all the window Ando needed. He kicked up a Skizzik, dropping Hua to thirteen in a heartbeat. When Hua again failed to show blue, Ando went for the throat.

He dropped Flametongue Kavu, tapping one of the Lynxes and forcing Hua to take a point of pain. He then swung with his team, losing the Mongoose, but dropping Hua to a critical five life, well within reach of Ando's Keldon Necropolis and Urza's Rage. A Vindicate from Hua took down the Skizzik, but it was far too late. Prophetic Bolt sealed the deal. 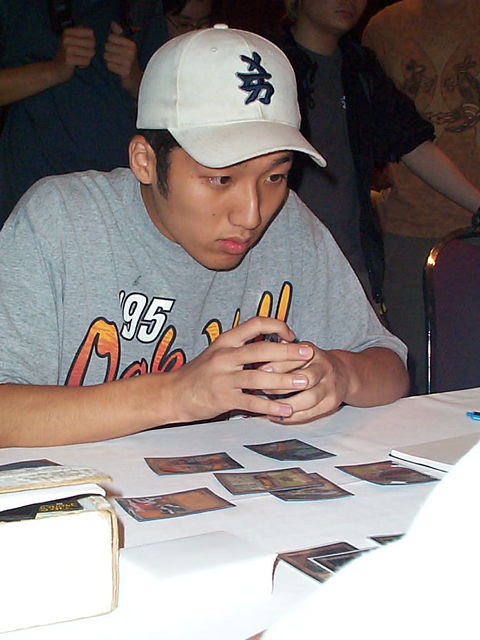 In game two, Hua kept a two-land hand without blue mana and paid the price. He had Gerrard's Verdict on turn two, but his plight became clear when he failed to draw a land on turn three. On turn four he found a Salt Marsh. Ando's deck was not forgiving, playing out Thornscape Familiar, Raging Kavu, Thornscape Familiar and Kavu Titan.

Hua played out Spectral Lynx, trying to make a game of it, but Ando's sideboarded Jilt got it out of the way, dropping Hua to one. Hua was two lands shy of the Rout he needed to save his bacon, and so extended the hand.