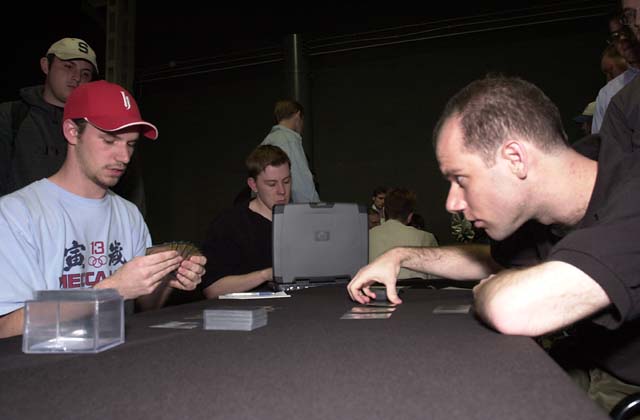 Both of these players were using the Blue-White-Black Go-Mar deck, but Dave would be the first to admit that his version was slightly unusual. For example he was running only two Fact or Fictions, and had no two-mana creatures in his main deck.

Both players kept their opening hands, but Ryan's was far from good - heavy on lands and one of his cards was an Exclude. Dave's hand was even worse though, he had two Plains as his only land, and was forced to discard by his fourth turn.

Fuller found a creature - Meddling Mage - and started to attack as the Your Move Games player continued to discard. Even when Dave found a third land it was another Plains, and he was unable to stop Ryan from summoning Dromar, the Banisher.

Dave finally drew a Coastal Tower, but it was much too late as Ryan had an Absorb in his hand for Humpherys' attempted Rout. Most atypically for the Go-Mar mirror match-up, it was a very fast first game, taking under ten minutes. 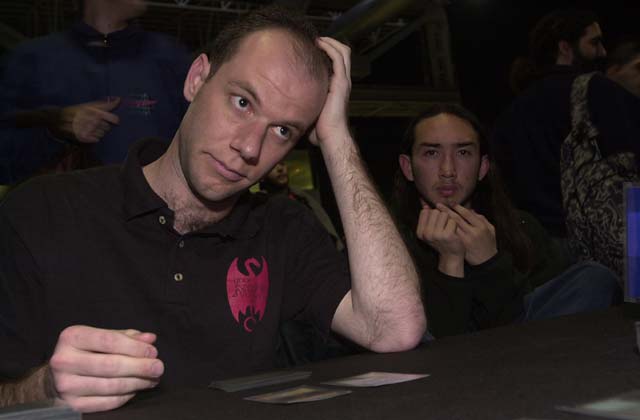 Ryan brought in Disrupts and Gainsays for the second game. Dave did not have Disrupts, but did bring his own Gainsays, and his Lobotomy. Interestingly he chose to leave his two Fact or Fictions and his .Yawgmoth's Agenda in his sideboard.

The first spell of the game was a Fact or Fiction by Fuller, who had seven lands in play. It was a pretty good Fact, and Dave thought for a long time before giving Ryan the choice between Opt, and Lobotomy, or Island, Dromar's Charm, and Gainsay. Now it was the Canadian's turn to think for a long time and eventually took the larger pile. 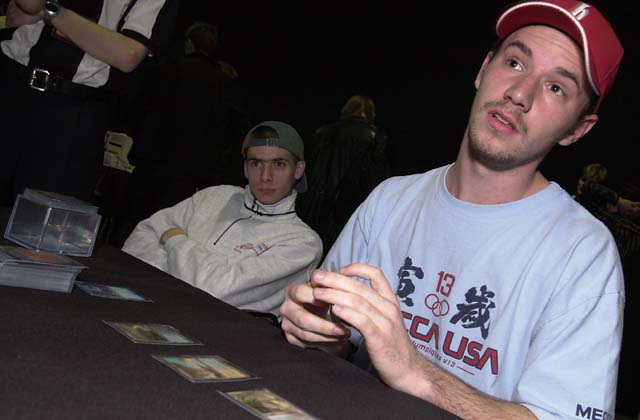 Fuller summoned a Meddling Mage, and used Dromar's Charm when Dave tried to Prohibit. Dave had a Gainsay as well, though, and the Mage didn't make it into play. Next turn Ryan tried a slightly more impressive threat - forcing through a Lobotomy. This showed that Dave had two Excludes, a Dromar's Charm, Absorb, and Dromar, the Banisher himself. "I wish I could look through your deck before deciding what to pick," joked Ryan, and Dave agreed that would certainly make it a better card.

Fuller took out the Dromar's Charm, and continued to lay land. He now had such a large mana advantage that he could play Dromar with counter back-up. His hand contained only land, but this didn't matter as Dave was still stuck on four land, and four turns later, Dromar won the match for Ryan.