With a loss and a draw so far, the super team of (18) Martin Jůza, Paulo Vitor Damo da Rosa, and (9) Shuhei Nakamura went off to a, to put it mildly, rather disappointing start into the tournament. Their Spanish opposition of Fernando Milian, Javier Alcazar, and Alvaro Ferreres was sporting the same record but wasn't nearly as disappointed. "I'm a beginner," Milian freely admitted. They were here to have fun, while their international opponents came to win. And they really needed to win; one more loss would already eliminate the team from Day 2 contention. 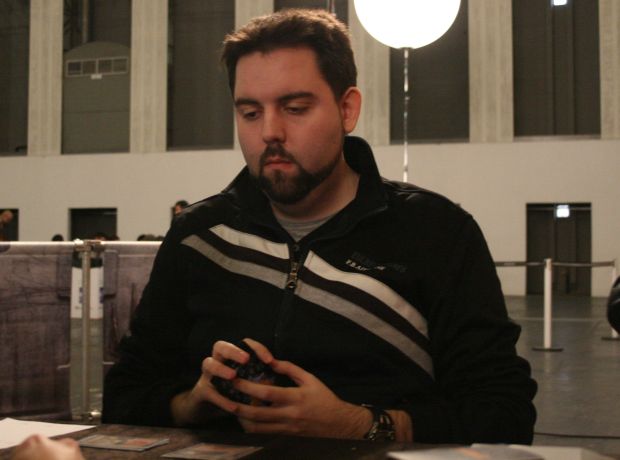 In the first match to finish, Paulo Vitor Damo da Rosa and his red-black deck were paired against Javier Alcazar with red-green.

Alcazar began at a blistering pace with Akroan Crusader, bestowed Nyxborn Rollicker, and Minotaur Skullcleaver. Combined with Damo da Rosa's mana troubles, this opening spelled a quick doom for the Hall of Famer. He never even got to play a third land. 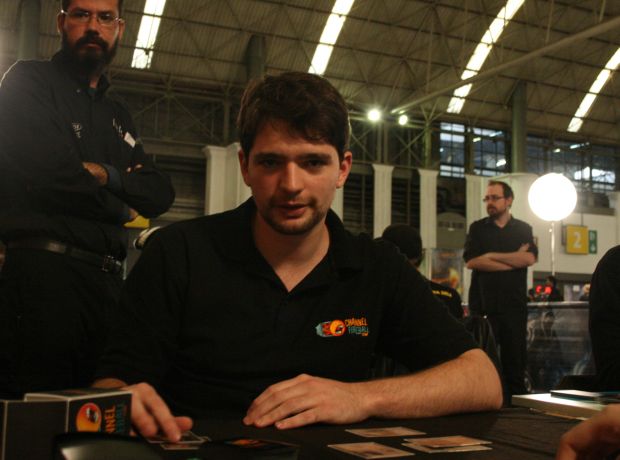 The second game took a lot longer and was characterized by a string of exchanges. However, it again was Alcazar who came out on top. His somewhat larger creatures played a role, as did Satyr Firedancer which delivered the final points of—direct—damage.

Next, our attention turned to the match between Shuhei Nakamura, running blue-green, and Alvaro Ferreres on blue-white. 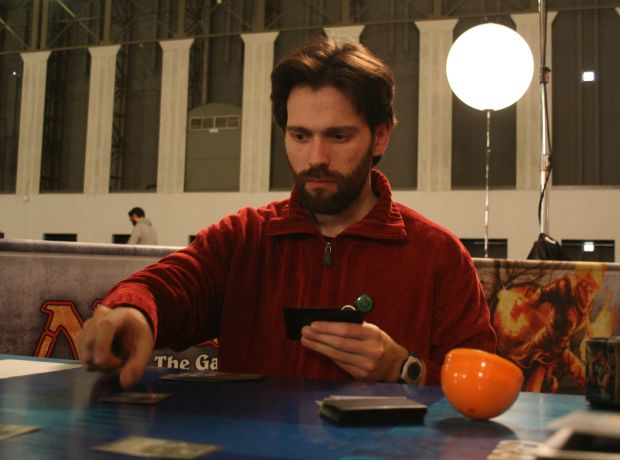 This Hall of Famer fared much better than his colleague. Thassa, God of the Sea, Horizon Scholar, and Omenspeaker provided enough scrying power for Nakamura to easily establish his devotion to blue at five and win the game with godly guidance.

In the second game, Nakamura caught Ferreres's first play with Stymied Hopes, something of a metaphor for the remainder of the game. Bow of Nylea, Thassa, Prophet of Kruphix, Siren of the Fanged Coast ... Nakamura simply buried Ferreres under an avalanche of, simply put, much stronger cards. 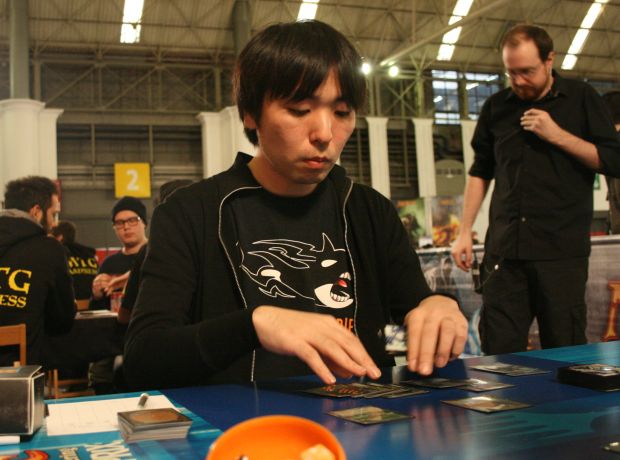 With the match split evenly at 1-1, it all came down to the pairing of Martin Jůza, piloting green-white, versus Fernando Milian and his green-black deck. 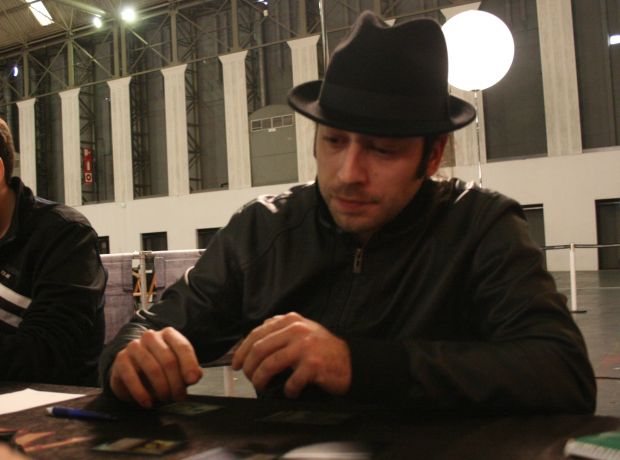 In the first game, facing Agent of Fates, Jůza drew the wrong mix of creatures and pump effects, meaning: too few creatures. However, Milian made two crucial play mistakes. First he waited for Jůza's turn to cast Lash of the Whip and got severely beaten by Dauntless Onslaught. Then he misread Agent of Fates and/or didn't realize he could discard Erebos, God of the Dead to Erebos's Emissary. Consequently, he didn't go for a possible kill but stayed on defense when even the Agent's ability could no longer save him.

For game 2, Jůza mulliganed to four, then had to deal with an all-Forest draw. He never stood a chance here. 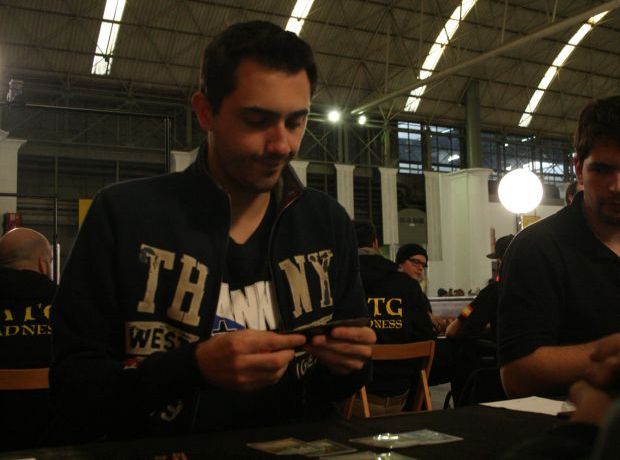 Mulligans again featured heavily in the final game. After consultation with their teammates, both players threw back their initial seven. But whereas Jůza was happy with his six, Milian mulliganed five lands plus Erebos's Emissary, just to keep two lands, Viper's Kiss, Marshmist Titan, and Erebos, God of the Dead. Oreskos Sun Guide, Elite Skirmisher, and Staunch-Hearted Warrior with Nyxborn Wolf quickly clinched victory for Jůza and his team.