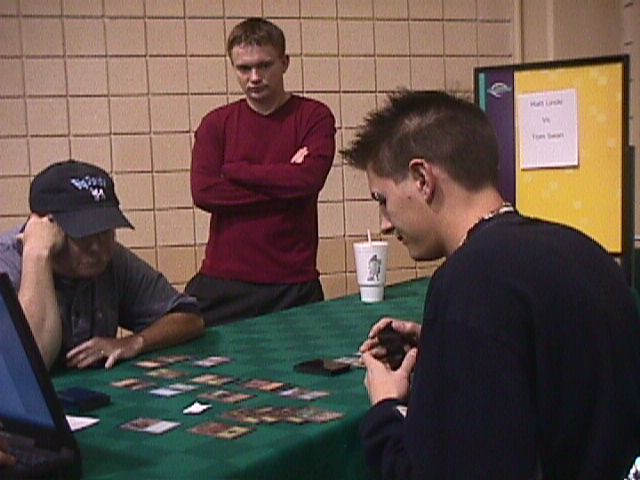 Tom Swan vs. Matt LindeEach of these players comes in with two byes and their fair share of pro experience between them. Tom Swan recently won Grand Prix Boston in the last limited season while Matt is still representing a World's Top 8 from about 3 years ago.

Tom entered this game at a disadvantage when he was forced to paris his opening hand. This fact was only compounded by a third turn Concentrate by Matt with the aid of a Werebear. 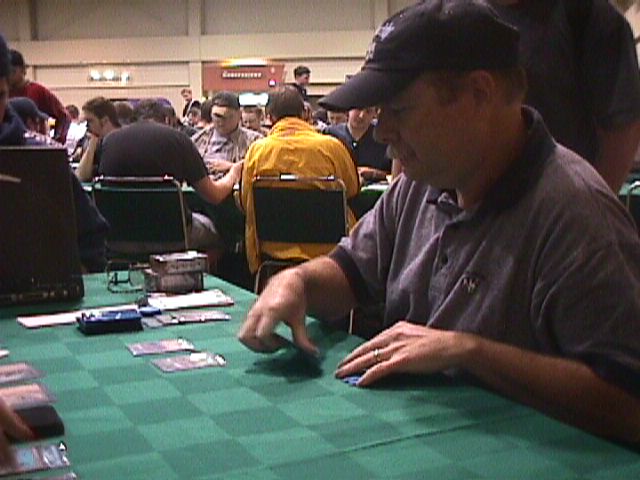 Tom SwanTom started to rush Matt with an Elephant Ambush token, Krosan Avenger, and Auramancer, but his attack was slowly picked apart a few more tricks from Matt: a Sylvan Might and his own Elephant Ambush.

Tom began a defensive stand by casting Second Thoughts on Matt's attacking Dirty Wererat, but Matt simply dropped another one. A few turns later, Matt cast an Overrun to steal victory from Tom. 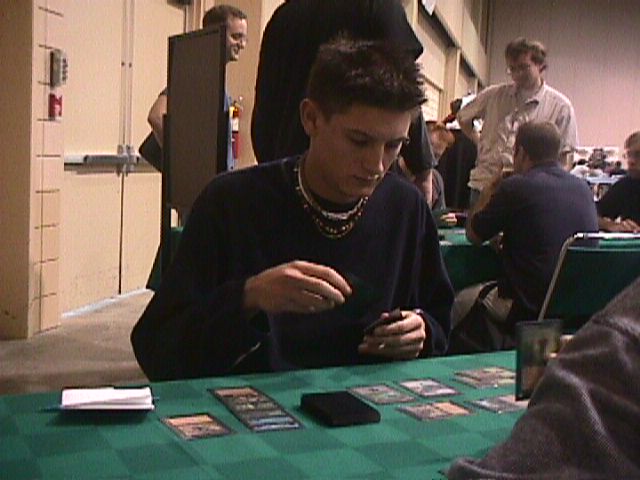 Matt LindeTom started this game off in a more convincing manner by casting a third turn elephant via Call of the Herd which Matt could only stare down with an Infected Vermin. Matt cast Rites of Spring for two to get the three cards in his graveyard needed to Ghastly Demise the first token but only sat back and drew three more off a concentrate as the flashbacked elephant token started attacking. Tom cast a Dreamwinder to began putting serious pressure on Matt, but Matt simply responded by hitting threshold and blowing his Infected Vermin for three, killing both the Dreamwinder and the other elephant token.

Each player began laying creatures after the pseudo-wrath, leaving each player with their own Cephalid Looter and Matt's Dirty Wererat and Puppeteer versus Tom's Krosan Avenger. When Tom attempted to match Matt's creature drops, he accidentally tapped the wrong mana for a Balshan Griffin, causing him to burn for five. This extra damage proved critical as Matt was able to deal the lethal seven points on the following turn.