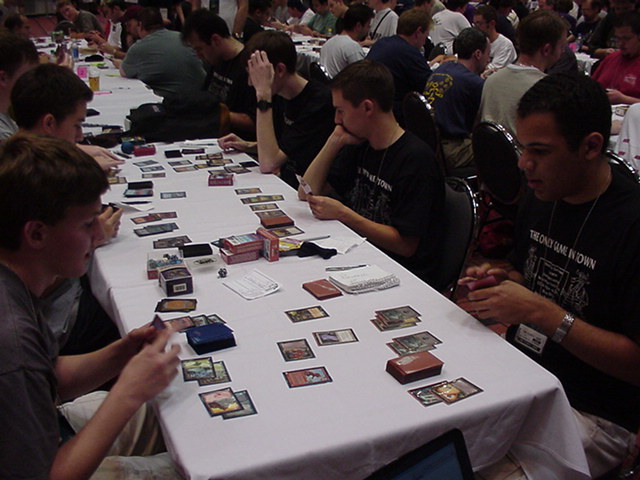 Ben opened with a second turn Blurred Mongoose, while Osyp cast Gerrard's Verdict, forcing Ben to lose Lay of the Land and Thornscape Battlemage. A second Mongoose soon followed on Ben's side of the table, building his army. They were joined by an unkicked Kavu Titan. Osyp then played a second Gerrard's Verdict, forcing Ben to lose the only card in his hand, which was another Titan. Osyp finally stopped the bleeding with Spectral Lynx, which held off the green weenie army on the other side of the table.

Osyp now went about stabilizing, as he played Vindicate on the Kavu Titan. Ben attacked with both his creatures, and Osyp blocked one, leaving Ben with a Mongoose on the table. Death Grasp was played for four damage on Osyp's next turn, helping him to go into a more comfortable life total. Another Mongoose showed up on Ben's side, but Osyp responded with Pernicious Deed. Facing a bad situation, Ben once again attacked with both creatures, losing one to the Lynx. Ben then played a Ghitu Fire followed up by Scorching Lava to win the game. 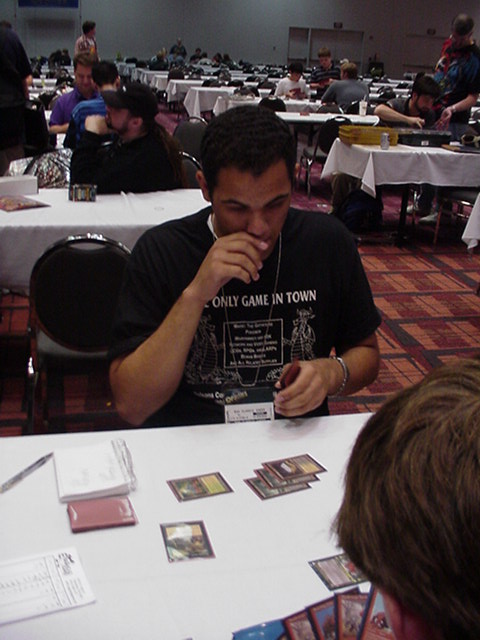 Osyp played first, and Ben opened with Lay of the Land, getting a mountain. The second turn saw Osyp play Addle, naming green. This forced Ben to lose a Thornscape Battlemage. A second Lay of the Land was then cast, and Ben searched for a swamp. Osyp untapped and cast Phyrexian Arena, while Ben started to apply pressure with a Raging Kavu. The beatdown finally stopped with the help of Spectral Lynx, which would hold off the Kavu. However, Ben continued to go on offense, as he played Flametongue Kavu. It didn't kill the Lynx, but it forced it to regenerate and tap down, which allowed Raging Kavu to come through for another three points of damage. With the Arena running, every point of damage was important.

Addle was now played by Osyp, and he saw a hand of Skizzik, Scorching Lava and two Thunderscape Battlemages. He forced Ben to lose the Skizzik. Osyp then played a second Lynx. The Lava was played on one of them, but Ben did not have a second red source available, which meant that the kicker could not be played. Still, this was good enough to get through four more points of damage. Osyp untapped, and seemed to finally have the board stabilized with Spiritmonger. Ben played Thunderscape Battlemage with black kicker, forcing Osyp to lose Pernicious Deed and Phyrexian Arena. A Cloak was now played on Spiritmonger, making it the scariest creature in the room. However, Osyp had taken the point of damage that brought him down to 0 when he produced white with Caves of Koilos, giving Ben the match.