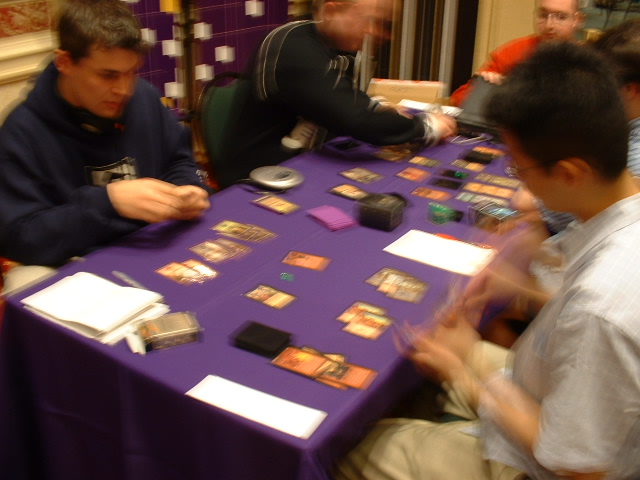 Constructed kingpin Brian Kibler faced down the Shockingly famous Tony Tsai in this, their first round wihtout byes. Tsai asked if Kibler wanted to arm-wrestle for choice, but after sizing him up, thought better of it and went to the dice. Kibler lost the roll, but had the first play of the game: Sparksmith. Tsai responded with a pout. That expression deepened when he failed to play a third land. He shrugged. "Kept the two-lander."

Kibler's draw was unsympathetic. He curved out with Husk, Wretched Anurid and Barkhide Mauler. Tsai finally drew a swamp, in time to make Rotlung Reanimator and block to fall to two. Before Kibler could comment on his chances Tsai was already shuffling for game two.

Tsai was much more satisfied with his hand for game two. He started with Goblin Taskmaster and brought the beats on the following turn. Kibler tried to stem the bleeding with Wirewood Elf, but Tsai had Shock at the ready. His next play was Cabal Slaver. 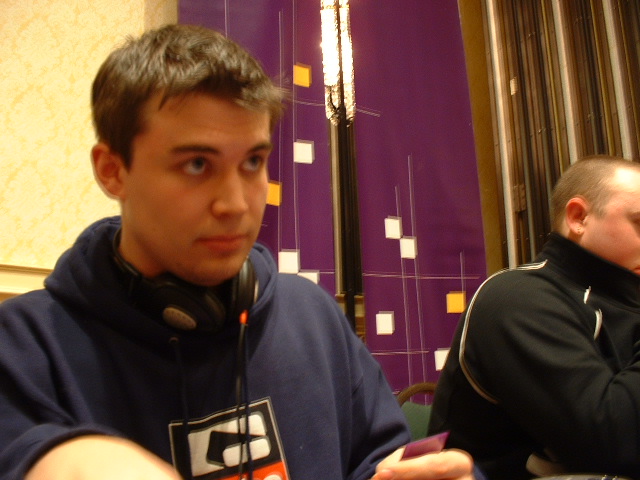 Kibler cycled Barkhide Mauler, readying Aphetto Dredging. He spent his next turn playing Explosive Vegetation, pitching his excess land to the Taskmaster. He Dredged up the Mauler and cycled it, pitching more useless lands. He managed a Sparksmith, but though it lived to dispatch the Slaver, Tsai soon found Shock to get rid of it.

By the time he had Patriarch's Bidding (getting back just the Mauler), he was facing down Rotlung Reanimator. Tsai wisely chose to get back his Slaver, a Cleric. Kibler's draw was not improving. He was forced to trade his Treespring Lorian for Tephraderm while Tsai's Airdrop Condor went overhead. Tsai sped the inevitable with Erratic Explosion.

With two ridiculous games out of the way, both players mulliganed to six. It wasn't the thrilling match they had hoped for. Kibler's gambit was an Elvish Pionneer. Mike Pustilnik, sitting in the next Feature Match, gasped.

"And I'm not out of acceleration." - Brian Kibler 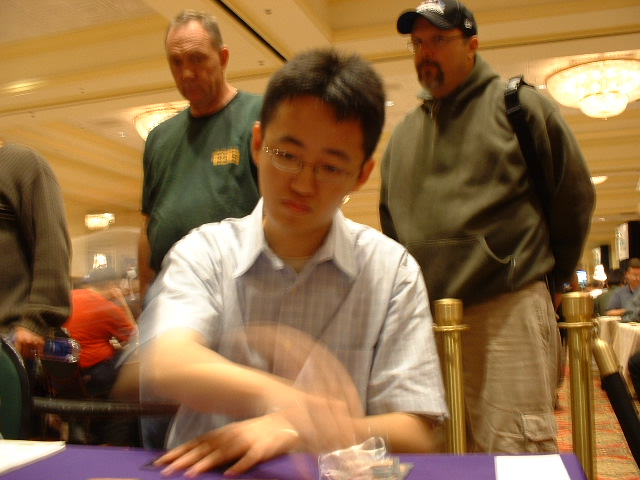 Wirewood Elf joined the Pioneer. Tsai cycled Dirge of Dread and swung for one with his Goblin Sledder. Kibler fired back two damage. Tsai punished him with Cabal Slaver to steal Aphetto Dredging. Kibler had no play and held back. Tsai's Lay Waste on his swamp was backbreaking. Then came Nosy Goblin.

Kibler drew, but it was not the sixth mana he needed for Symbiotic Beast. He cycled Swat and there it was. Unfortunately, now he had to let Nosy strip the other Dredging since he needed his Wirewood Elf to live. Tsai kept up the pressure with Frightshroud Courier and Festering Goblin.

That was pretty much the end. Kibler was unable to draw a black creature to step in the way of the Feared Goblin, and the second Beast he drew went straight to the graveyard. Tsai dealt the deathblow with Searing Flesh.