Round 4 Feature Match: Going for the Gold

Long time pro and three-time Grand Prix Top 8 competitor Florian Pils has a lot on the line this weekend. Pils came into this event with sixteen Pro Points and is in need of a Top 25 finish in order to reach Gold level in the Pro Player's Club, which would guarantee that he will be invited to every Pro Tour during the 2012-2013 season.

His opponent this round, Grand Prix Santiago Top 8 competitor Melissa DeTora, has an even tougher road ahead of her. DeTora has fourteen Pro Points coming into this event, and needs a Top 16 finish to reach the greatly coveted Gold level. 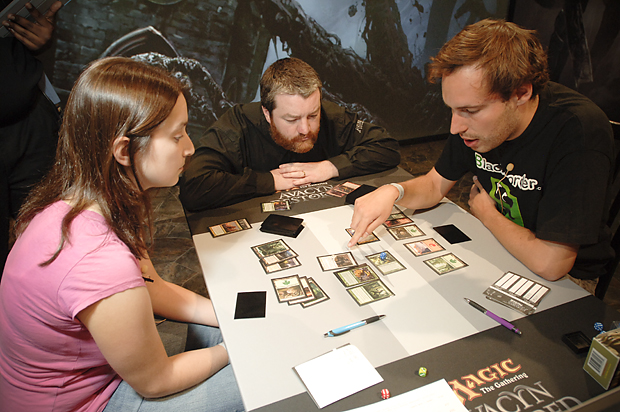 Both Melissa DeTora and Florian Pils need a strong finish this weekend to lock up Gold level in the Pro Player's Club.

While Pils and DeTora certainly have their work cut out for them, they've already gotten some of their heavy lifting done by starting off 3-0. 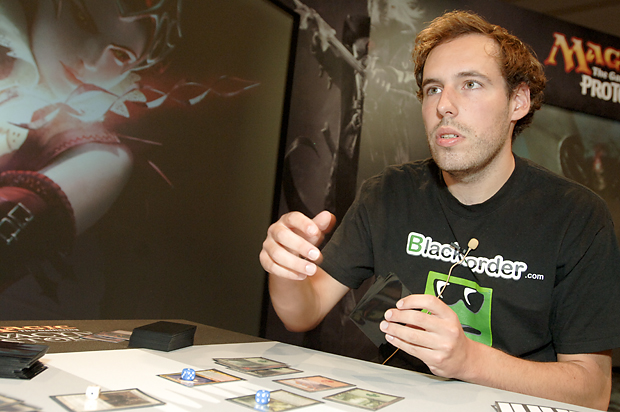 Huntmaster of the Fells is put to use by both players, but removal made sure that the one Pils played was supreme.

At this point, DeTora found herself without any relevant spells, while Pils's Wolfir Silverheart ensured that she would have no time to recover.

Pils mulliganed to start the second game, but that didn't seem to set him back at all as he opened on Avacyn's Pilgrim, Borderland Ranger, and Huntmaster of the Fells. DeTora looked to keep up with an Ambush Viper and a Huntmaster of the Fells of her own, but a Bonfire of the Damned for two left her without a board

Pils was able to deal with DeTora's next two copies of Huntmaster of the Fells, but he had no answer for the Wolfir Silverheart that followed. 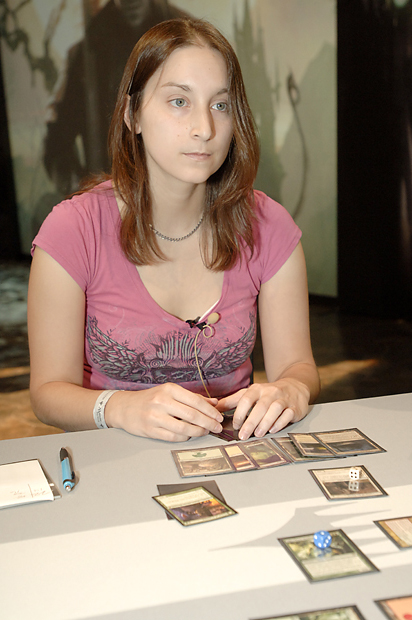 DeTora presses on after losing her board to a Bonfire of the Damned with some more wolf-powered action.

But the giant sized Wolfir Silverheart wouldn't be quite enough for DeTora to stabilize, as a Kessig Wolf Run,plus a Geistflame allowed Pils to knock DeTora down to exactly 0 life before she could take over the game with her overwhelmingly large creatures.

2 Revenge of the Hunted

4 Huntmaster of the Fells 2 Sigarda, Host of Herons

4 Pillar of Flame 4 Bonfire of the Damned