Two of Japan's finest met round four at the feature match table. From Tokyo was Itaru Ishida playing Tradewind Survival, and Kyoto's own Osamu Fujita playing Sligh. Both of them have been on the Pro Tour for years with a handful of respectable finishes each. 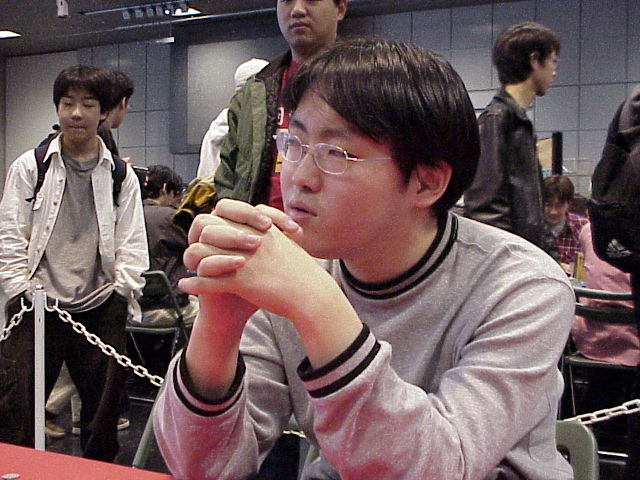 Fujita was not able to play anything turn 1 and after mulliganing down to 6; this put him on the ropes from the start. Ishida played a Wall Of Roots turn two and Birds Of Paradise turn three that Fujita sacrificed the Mogg Fanatics to destroy. Constantly a step behind, Fujita tried to get through with some damage using Ball Lightning, which was unfortunately Counterspelled. Using Survival of the Fittest, Ishida searched out multiple Squee and stabilized with Masticore at 14 life. Masticore then cleared the way and continued on to win the game.

Game 2 saw Fujita starting off fast with turn 1 Jackal Pup followed by 2 Ball Lightnings. He proceeded to remove every creature Ishida was able to put into play with a combination of Fireslinger and burn spells. Ishida, relying on creatures for mana, was unable to cast the 2 Masticores and 2 Morphlings in hand. The game ended quickly thereafter. 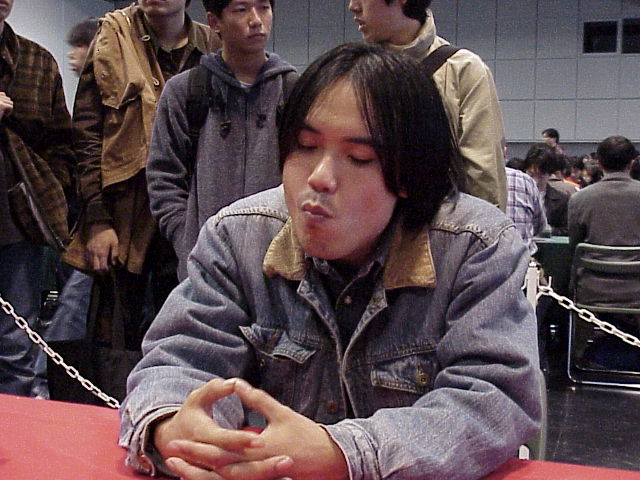 Game three looked a lot like the first game. Ishida was able to start cycling his 2 Squees turn 3. He first searched for his Bottle Gnomes, then Spike Feeder that was followed up with Masticore. Masticore soon cleared the board and Fujita didn't draw any spot removal and was forced to run his creatures into Ishida's. Fujita soon conceded as his opponent had five creatures in play and 16 life, to his four Mountains.