As a true format of old Legacy also brings some faces from Magic's past back to the tournament scene. Round four saw American Jamie Parke with two Pro Tour top 8's to his name against Briton John-Joseph Wilks. Still early in the day, both players could call themselves undefeated with 3-0 records. 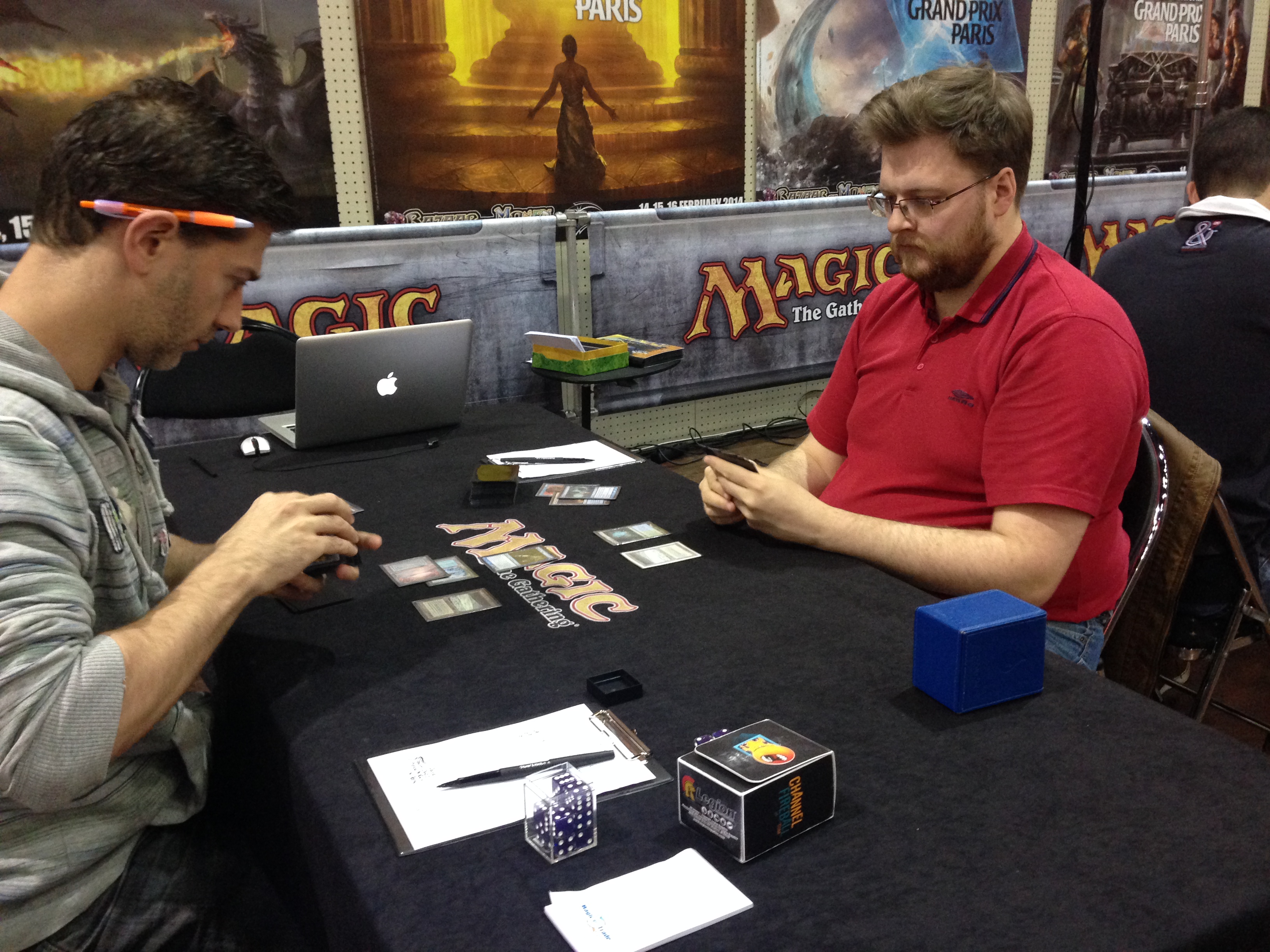 
"I have to say, I was not expecting a feature match. You must be well known?," asked John-Joseph Wilks politely.

"Once upon a time I was," answered Jamie Parke, confessing that his glory days were at the end of last century.

Parke was piloting Stoneblade with Snapcaster Mage and Vendilion Clique in addition to Stoneforge Mystics and equipments. Wilks was on UWR Stoneblade/Delver with True-Name Nemesis. Although he might as well have been playing mono Blue as the match played out.

The first game was a display of the newly printed Commander card's strength against an opponent caught off guard. Jamie Parke opened with Thoughtseize, revealing all Counterspells and cantrips for the Briton, making him feel confident about tapping out on turn three to recast a Ponder with Snapcaster Mage.

Wilks answered with a True-Name Nemesis on his turn, and five attacks later Jamie Parke was reaching for his sideboard. Hoping that two copies of Zealous Persecution would be able to handle True-Name Nemesis better in the following games. 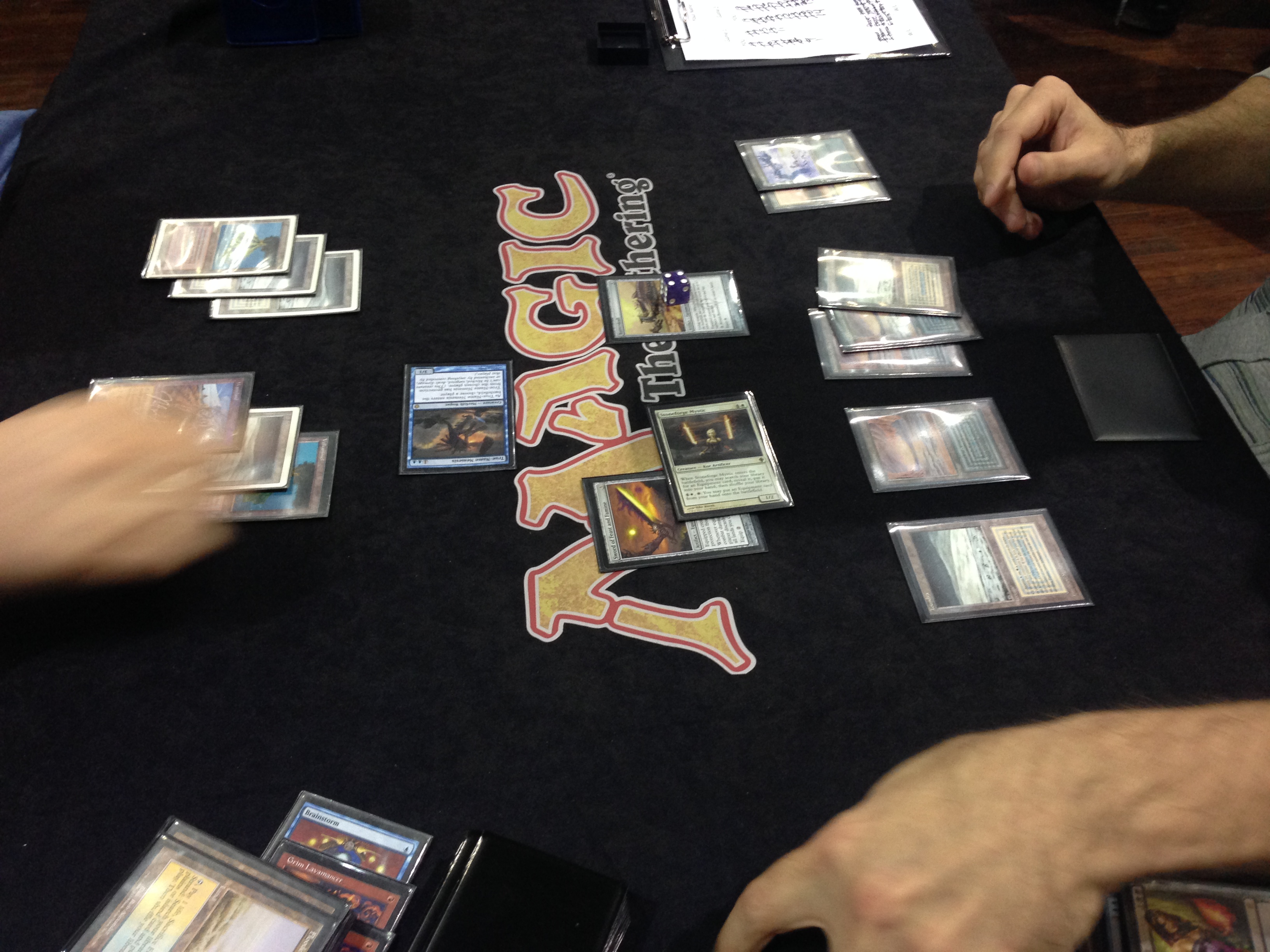 
The second game also came down to True-Name Nemesis. Nemesis number one was sent to the bottom of Wilks library with a Vendilion Clique. Nemesis number two was swept by a Supreme Verdict. But after an extremely long and complex game Wilks third True-Name Nemesis was able to hold off Jamie Parke's only offense in the form of a Germ Token equipped with both Batterskull and Sword of Feast and Famine long enough for time to be called in the round.

On his last extra turn Parke searched for answers to it with two Brainstorm, but couldn't find any. He extended his hand in concession of not being able to win in time, and the match ended 1-0 to John-Joseph Wilks advantage.

"I'm sure I made a few mistakes along the way, please let me know if you saw any," said Wilks after the match, explaining how this was one of his first Legacy matches ever played.