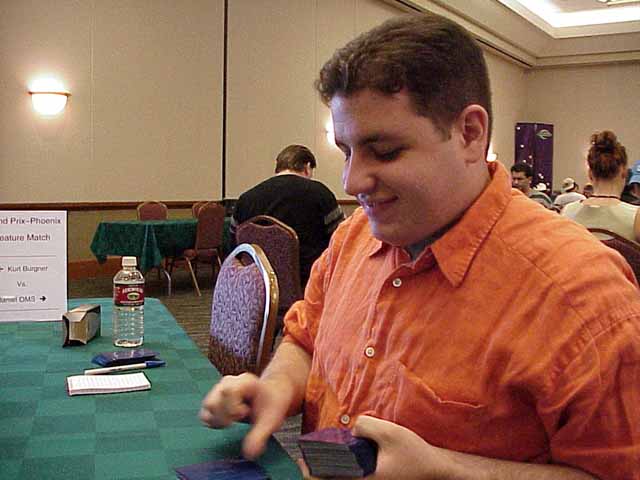 Two grizzled Pro Tour veterans, Kurt Burgner and Daniel O'Mahoney-Schwartz, sat down across from each other for a round four matchup. Both Dan and Kurt had three byes, so this was the first match of the day for them. Dan had brought a recently updated version of an old extended favorite, suicide black, minus Dark Ritual of course. Kurt was wielding another old favorite, Counter-Sliver, complete with everyone's favorite extended card, Demonic Consultation. 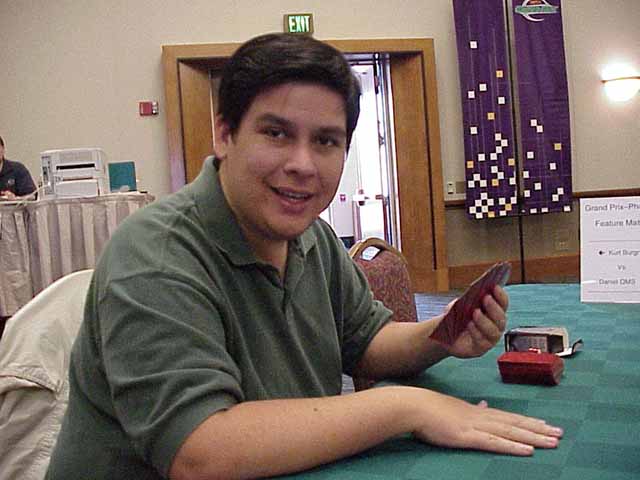 Game one saw Kurt win the flip, only to have him mulligan shortly thereafter. His six card hand wasn't much better, but there were several playable cards, and two land, including an important City of Brass. Dan came out firing, with two creatures in the first two turns, followed up by three successive Negators on turns four, five and six. Meanwhile Kurt was having some mana issues, operating on only two land for the entire game. After the first two Negators got Swords to Plowshared and Counterspelled, (respectively) the third one stuck. Kurt found a Hibernation Sliver to fend off the monster for a few turns, but Dan kept up the pressure, dropping a Dauthi Horror and Dauthi Slayer on turn seven. The two shadow creatures finished Kurt off three turns later. 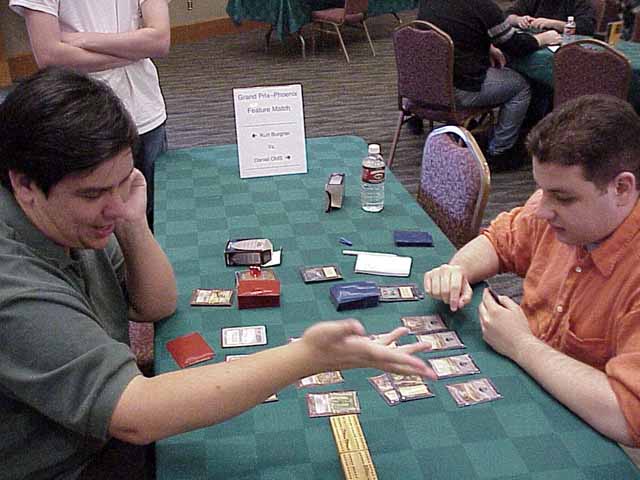 Game two was mulligan free, this time Kurt was the one who came out with guns blazing. After he Duressed Dan's Duress away on the first turn, he went into hyper-sliver mode, dropping an Acidic Sliver and two Muscle Slivers. Dan was dropping creatures of his own though, like Sarcomancy and Dauthi Slayer. Dan also came up with not only two Cursed Scrolls, but a Lake of the Dead to power them, and what looked to be an easy win for Kurt turned into a crazy race, with Kurt only slightly in the lead. Dan managed to use the scrolls/lake to kill off the Acidic Sliver, but the combination of the two 3/3 Muscle Slivers left him a turn or two short of catching back up with the scrolls. 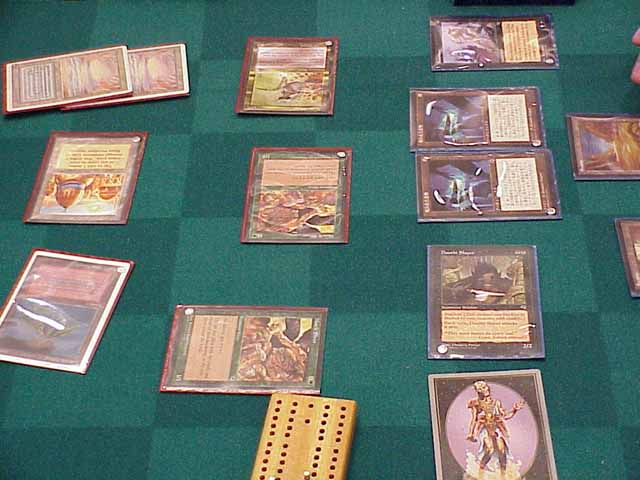 Kurt had to mulligan again in game three, and what was a very poor-to-mediocre-at-best draw turned horrible, as his six card hand contained a Volcanic Island (probably the worst land in his deck) and five Slivers. Dan on the other hand didn't use a brake pedal in this entire match. After whiffing on a Duress, he dropped a Cursed Scroll and two Negators on successive turns, while Kurt sat with a lone Hibernation Sliver and two land. After playing out a Lake of the Dead to get down to one card in hand, the sliver started bouncing back to Kurt's hand every turn, and it didn't take long for two 5/5 tramplers to finish things in short order after that. Game three and match to Dan O.