Round 4: Ready and Willing

hat is arguably the greatest perk of becoming a member of the Pro Tour Hall of Fame? For a competitor like Frank Karsten, it's the eligibility to compete in every Pro Tour. In recent years, Karsten's love of the game has seen him join the coverage team and travel across Europe to cover its Grand Prix tournaments, as well as writing regular online articles filled with analytic insight into the format du jour. Three Pro Tour Top 8s , with double the Grand Prix Top 8s, is a fearsome accomplishment that speaks for itself.

But winning a Pro Tour is an accomplishment even the hallowed of the Hall of Fame still seek.

Matt Sperling isn't a Hall of Famer – at least not yet if he has anything to say about it. With a team Grand Prix win almost two years ago in San Jose, Sperling has remained qualified for the Pro Tour through his status as a Silver level pro. Finding success this weekend would ignite an otherwise cool season that saw his Top 8 chances at Grand Prix Albuquerque lose narrowly on tiebreakers after giving friend, San Jose teammate, and fellow pro Paul Reitzl a guaranteed place. 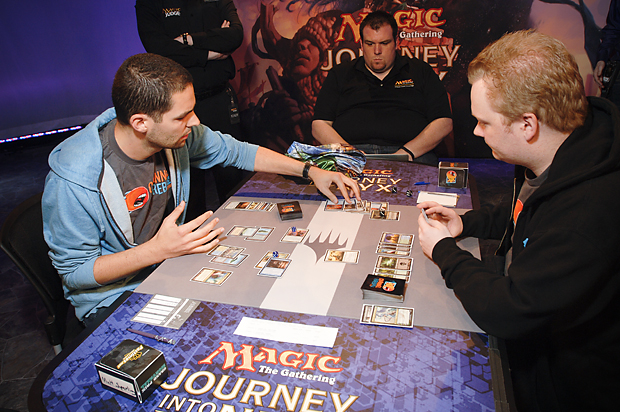 Hall of Famer Frank Karsten was guaranteed his Pro Tour qualification. Matt Sperling, who needed to maintain his Silver-level status if he wished to keep playing, was not.

Fortune had to favor the generosity at some point.

Favored Hoplite was Sperling's first play, sharing the gift of aggression with Karsten, who had Ashiok, Nightmare Weaver to pick at the top of Sperling's library. Ordeal of Thassa let Sperling hit for 3 and threaten a quick extra two cards, and he backed it up with Gods Willing when Karsten's second planeswalker, Kiora, the Crashing Wave, tried to slow things down. While Ashiok put a roadblock or two in the way, the unenhanced matches to Sperling's creatures were hardly speed bumps in the road.

"You have three cards, right?" Sperling confirmed before attacking Kiora off the battlefield. Ashiok provided a Fabled Hero as a blocker for the control player, but Sperling's Ordeal of Heliod-outfitted Battlewise Hoplite was granted an Aqueous Form, gaining 10 life for Sperling and providing an attack that dropped Karsten to 5 life. 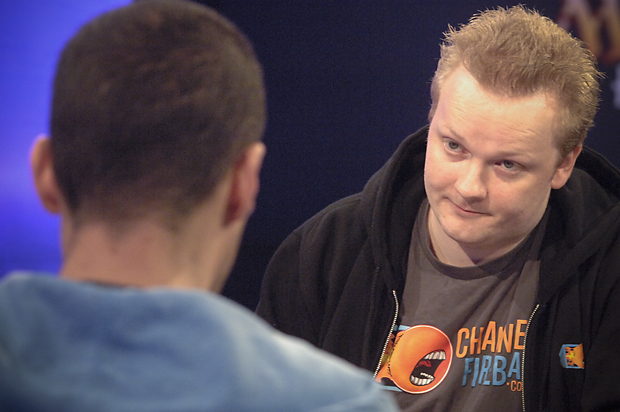 Hall of Famer Frank Karsten is all Magic all the time, whether it's as a coverage reporter, writer, or a player.

After activating Ashiok on his next turn, Karsten had a pithy summary for his situation.

Thoughtseize was Karten's opening play in Game 2, letting hit pull Favored Hoplite from an otherwise creature-light hand on Sperling's side. Hero of Iroas met Drown in Sorrow, but Fabled Hero dodged the next removal spell thanks to Gods Willing, carrying Thassa's Ordeal along with it to deal 10 damage in one shot. 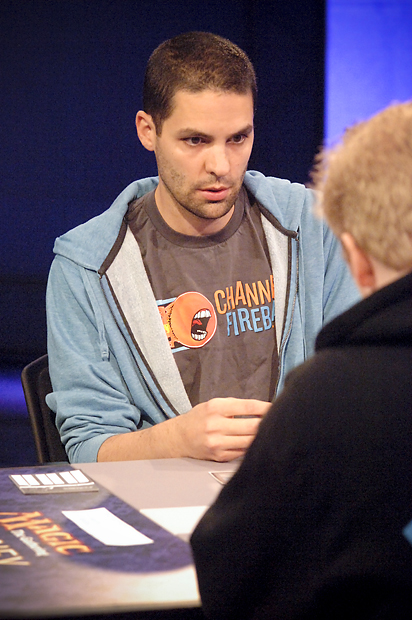 Sperling's White-Blue Heroic deck can quickly go over the top with a single large creature.

Silence the Believers cleared one lethal threat, but Sperling was right back at with another Fabled Hero. Kiora, the Crashing Wave bought Karsten a turn but a second Hero of Iroas joined Sperling's side.

"So many creatures," Karsten said as Sperling suited up the Hero of Iroas with his second Thassa's Ordeal.

After thinking and scrying and thinking and using Kiora to play another land to scry and think some more again – something Karsten likes to do a lot while playing – he passed back to Sperling, where Aqueous Form was waiting to finish the job.

"You drew so many creatures!" Karsten exclaimed.

"Yeah, after Thoughtseize I drew Fabled Hero, Fabled, and Iroas."

"I like your deck choice. I hate mine," Karsten said.

"I got to a 50% win percentage playing against black. This is the only deck I liked so I figured I might as well."

"I like aggro decks in this format," Karsten admitted, "but it gets worse after sideboarding."

"Every match gets worse after sideboarding."

They both laughed in agreement.

"Good luck the rest of the way," Sperling offered.

It was a choice of words to describe a deck choice for the Pro Tour that begged an explanation: "It was the only deck I liked."

"This was one of our team's decks," Sperling started then stopped himself. "Well, let me be more specific. Basically, when I arrived I grabbed this deck and said let's play some games. My partner said 'I can't test a deck without any removal against you; you'll roll me over. Let me to go get one of the black decks.' Against the black decks I got to more or less to 50% against them. If I'm 50% thereabouts in a bad match-up, and they wouldn't even play with me with their deck, it seemed good to me."

Even Karsten, one of many playing some form of a control deck, had admitted being aggressive was attractive. Was the fight against control as expected for Sperling? "I expected him to have a decent amount of removal," Sperling said. "I play many creatures in my deck so if [the opponent is] not doing anything there's no reason for me to make a big guy. I also have to play Gods Willing intelligently." The cheap protection spell was more than a Limited trick in Sperling's deck, letting him both maintain pressure against Kiora, the Crashing Wave as well as defend against any untimely removal.

Since sideboarded games are worse, how does Sperling's plan evolve? "I sideboarded in Fate Foretold, which lets you both develop your board while maintaining your hand. You figure then that game one and three you have a decent chance to win."