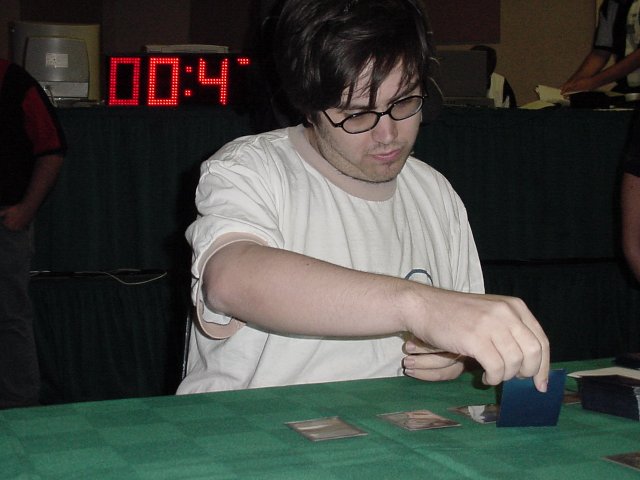 Zvi Mowshowitz is well known as one of the premier deck builders on the pro tour. He won the IBC Pro Tour last March in Tokyo. The deck he played there, The Solution has proved to be one of the defining decks in the IBC qualifier season.

Alex Borteh has been one of the most successful players on the tour lately. He Top 8ed at United States Nationals and only a week ago accomplished a second place finish at the World Championships.

Zvi chose to stick with the deck that earned him his pro tour victory. He played The Solution with Spectral Lynx being the only spell added since Apocalypse.

Borteh chose to play a blue, black and red control deck. Borteh's deck was based around the strong control cards in those colors such as Undermine, Prophetic Bolt, Spite/Malice, Void and Pyre Zombie.

Historically this was a good matchup for The Solution, but luck was not with Zvi. He mulliganed game one into a hand that was low on threats. Borteh was easily able to counteract Zvi's beatdown with two Excludes. A lone Nightscape Familiar went a good amount of the distance for Borteh. 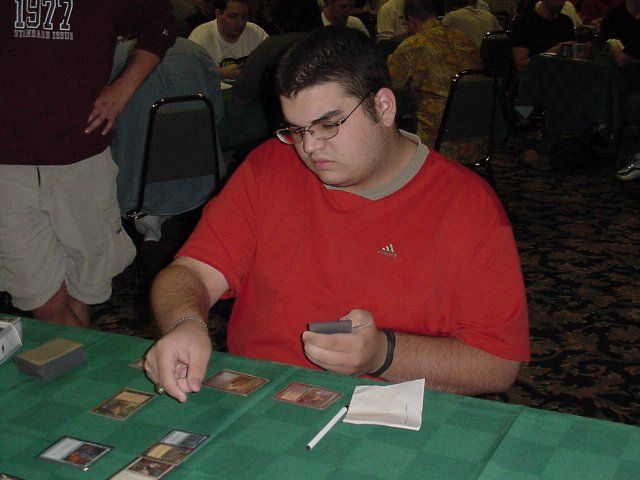 Game two found Zvi mulliganing yet again. This time into a one land hand. Zvi stalled on one land for a turn and then was only able to play one creature per turn. Borteh saw a lot of help from the sideboard early. He drew two Gainsays which kept Zvi from getting a strong early offense. Borteh managed to deal with all of Zvi's creatures one at a time and then burned him out for the victory.

Borteh admitted the matchup was suboptimal. He thought the deck was best served against green/red beatdown and control decks. The deck is one that has been worked on in the Columbus area for the last few months.

Zvi chose his deck based on its good results in the New York qualifiers. He admitted that he has not worked on IBC since most of his time was spent preparing for Worlds.