Round 5: Andrew Bonham vs. Robert Pittman 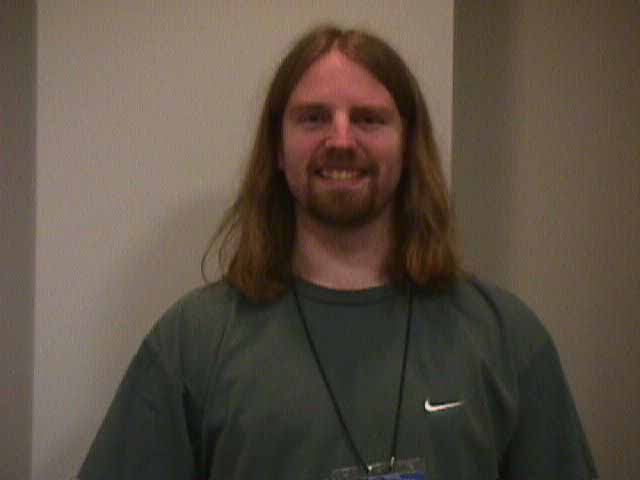 Andrew Bonham recently missed the top 8 in Canadian Nationals using his Bargain deck, so he brought it to the Amateur Championships at Origins to give it one more try. His opponent, Robert Pittman, is more of a casual player but was playing a strong deck based on the Angry Hermit deck that Aaron Forsythe and Mike Turian used to make top 8 at US Nationals. This match was in the Yawgmoth Bargain deck's favor, but Robert could win it if he got a fast Rofellos/Plow Under or Rofellos/Deranged Hermit draw.

Andrew won the die roll and he began by playing a Swamp and casting Vampiric Tutor, putting an Academy Rector on top of his library. Robert played a Karplusan Forest on his turn and cast a Llanowar Elf. On Andrew's second turn, he laid a Plains, cast a Dark Ritual, and cast an Academy Rector. His opponent could only play a Treetop Village and say done. Andrew Bonham then played a Phyrexian Tower, sacrificed his Academy Rector and removed it from the game, and put a Yawgmoth's Bargain into play. Andrew quickly Duressed his opponent to verify that he had no direct damage in hand and then began drawing cards with Yawgmoth's Bargain. He played a Skirge Familiar and had to Vampiric Tutor for a Renounce, pay one of his remaining two life to draw it, and cast it to sacrifice six permanents to gain 12 life. With these twelve life, he was able to find the Soul Feasts and Yawgmoth's Will that he needed to make Robert lose 20 life.

Robert played first this game and he led with a Treetop Village. Andrew played a Remote Farm and said done. Unfortunately for Robert, he didn't have a speedy start this game, so he had to play a Forest and say done. His only hope now was that Andrew Bonham had a poor draw as well, which happens plenty with the Yawgmoth's Bargain deck. While powerful, the Bargain deck has an uncanny knack for not drawing the right cards at the right time, in a sense, losing to itself. This didn't look like one of those days, however. On his second turn, Andrew tapped his Remote Farm to cast a Grim Monolith, played a Plains, and tapped both the Plains and the Grim Monolith to cast an Academy Rector. On Robert's turn, he played a Karplusan Forest and cast an Uktabi Orangutan, killing Andrew's tapped Grim Monolith. That wasn't quite good enough, as Andrew played a Phyrexian Tower from his hand on the next turn and sacrificed his Rector to fetch a Bargain. After Andrew began drawing cards and cast a Skirge Familiar, Robert conceded the game and the match to him.