Round 5: Breakfast of Champions 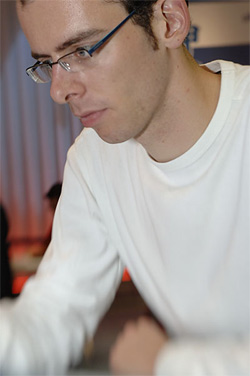 Tom Van de Logt, a blast from the past.

like a former World Champion was timeshifted into our midst. Tom Van de Logt was the 2001 Magic world champ, but hasn't been a Pro Tour regular in many years. Shuhei Nakamura has merely taken seventh place at a worlds, in 2005. Shuhei's recent victory at Grand Prix Hiroshima may indicate he's does have some game. Regardless, both of these players find themselves at the 2-2 stage entering this round. Champion statuses notwithstanding, the loser of this match would not be playing Day Two of Pro Tour - Kobe.

Shuhei's white-black deck started off with a mulligan but stuck with six. Going second, Tom white-blue deck had all the plays. A Chromatic Star gave Tom some choices on turn two. Play Looter il-Kor or suspend Errant Ephemeron? Tom decided on Looter, and suspended the Ephemeron on the turn after. Despite a great start and double draws, Tom remained stuck on his original three lands. Shuhei, on the other hand, had no issues with mana at all. Icatian Crier into Calvary Master seemed like a fine start. Tom made a big error at this point and cast Temporal Isolation on the Master on his own turn. Had he waited until Shuhei attacked, Tom could have Flashed the Isolation and gotten in another hit with the il-Kor. As it was, neither the Looter or the Calvary Master were going anywhere.

Just before Errant Ephemeron was set to resolve, Shuhei played his trump: Pull From Eternity. For a mere white mana, Shuhei got to take down a 4/4 flier while having enough mana left over for a Celestial Crusader. Shuhei's second Crusader meant Icatian Crier was suddenly spitting out two Elephant tokens a turn. Tom made an effort with Griffin Guide but a few activations and a chump block later, Shuhei's army of White creatures crashed in for the kill. 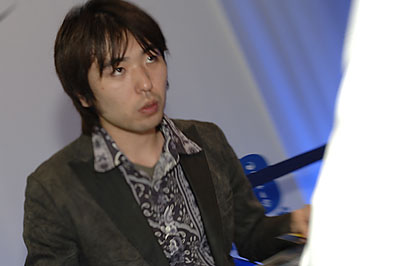 Both players started with a suspend card this game: Shuhei's Corpulent Corpse against Tom's Viscerid Deepwalker. Tom's first actual real-life creature was on turn three, a morphed Vesuvan Shapeshifter. The morph took a Griffin Guide, and Tom started swinging. Ven de Logt's Jedit's Dragoons a couple turns later swung the life advantage seriously in his favor. Shuhei fought back with his double Crusader action, which attempted a double block onto the still-morphed Shapeshifter. Tom flipped over the Vesuvan and transformed it into a 6/6 Outrider en-Kor copy. Tom's new Outrider took down both Crusaders, and spread some damage back to the Dragoons. Shuhei couldn't overcome losing his two best creatures for zero gain, and quickly folded. 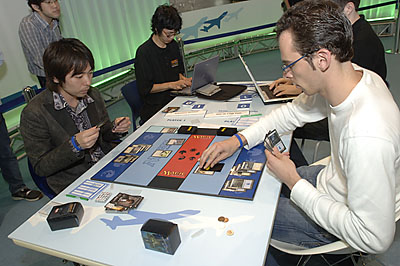 Shuhei and Tom are held in suspense.

Each player started with a mulligan in the final game. Tom started off well with suspended Deepwalker into a suspended Errant Ephemeron. Shuhei again had the answer with Pull From Eternity, and followed up with very reasonable creatures. By the time Deepwalker came into play, Tom was still stuck on two lands against Shuhei's Watcher Sliver, Castle Raptors, and a Celestial Crusader. Tom couldn't get past his opponent's quality creatures and his own mana troubles and was forced to concede the game and match.

Shuhei Nakamura went to 3-2 and needs one more win to play on Day Two. World champion Tom Van de Logt has been eliminated from competition.