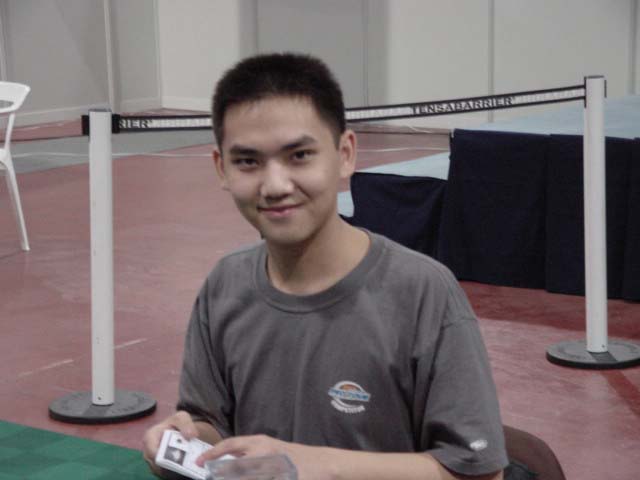 Again, two veteran Pro Tour players with great track records (especially Darwin Kastle) met in a friendly feature match. As you shall soon see, while Bui is much smaller than Kastle his deck was much stronger.

Bui won the roll of the dice and decided to play first. That, coupled with Darwin's mana problem (he only drew swamps the whole game) decided the flow of the game. The Frenchman's deck threw problem after problem at Kastle, who desperately tried to find answers.

Lucien came out of the gates with a Slimy Kavu and a Trench Wurm that Kastle tried to slow down with an unkicked duo: Urborg Skeleton and Duskwalker. Bui, however, wanted to finish things as fast as possible so he dropped a Chromatic Sphere and used a kicked Scorching Lava to get rid of the Skeleton and swing with this duo.

Kastle found a Plague Spitter to stop the immediate bleeding but Lucien sacrificed the Sphere and dropped a Smoldering Tar to quickly kill the Spitter. The Spitter demise also meant the end of the Skeleton since Kastle was out of mana to save it. What he could do, and indeed did, was use an Agonizing Demise, during his next turn, to kill the Slimy Kavu.

Eventually the American finally ran out of ways to slow down Bui's relentless assault and perished under the might of the Trench Wurm.

Kastle thought long and hard about whether to draw or play first. He finally decided to take the extra card. Bui's first creature, a Nightscape Familiar, was promptly removed by Kastle before it could create, or speed up, any further trouble. 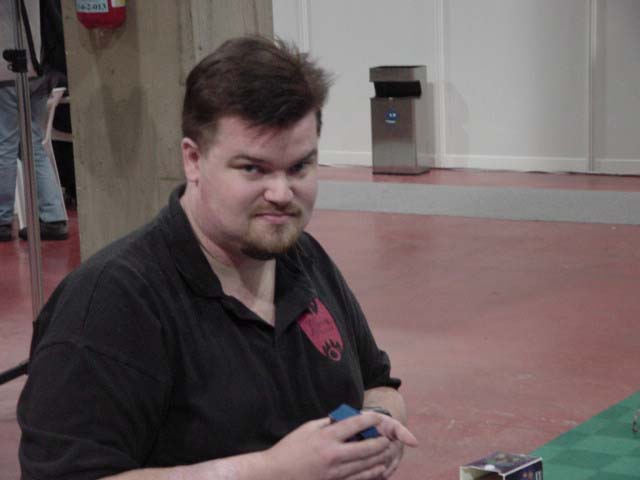 The second creature stuck around: a Hooded Kavu. Kastle did have all his three land types this time and he found a Slingshot Goblin to attack as well. His opponent was almost literally on fire and since the ground was semi-blocked he decided to control the air with a Volcano Imp and speed up the clock with Smoldering Tar.

Kastle demised the Kavu and dropped his one Hooded Kavu only to see it get licked away by a Flametongue Kavu as the Tar got rid of the Goblin! The American did not relent and found a kicked Urborg Skeleton to keep the big Kavu from swinging. Now all he needed to do was find an answer for the Imp. He even had a Confound to stop Bui from adding a Sinister Strength to the Kavu (which would have made it an impressive 7/3). He ended up trading the Kavu for a Phyrexian Reaper a turn later.

We then quickly entered the Twilight Zone when Bui, with Kastle at two, dropped an Urborg Shambler. This turned the Imp into a 1/1 allowing Kastle to zap it out of the game! For a second it looked like Lucien had just made a rookie mistake that might cost him the game.

The smiling Frenchman did have an ironic trick up his sleeve. During his turn, he Zapped Kastle's lone Skeleton (now a 1/1 due to the paid kicker and the Shambler) out of the way and would have attacked with the Shambler if the American hadn't promptly conceded.