In the fifth round, David Williams from the United States met Javier Perez from Spain. Both were undefeated, David had three byes though while Javier had two, and they were both looking for another win to get one step closer to making the second day.

Williams won the die roll and chose to play. He opened by casting a Seal of Removal and followed up by a turn three Task Force while Perez played lands. A Ramosian Commander also came into play on his side, but Javier got out a Crenellated Wall and stopped some of the beats. The Spaniard had to sacrifice one of his Swamps to a Rishadan Footpad, but he continued to lay land and creatures. 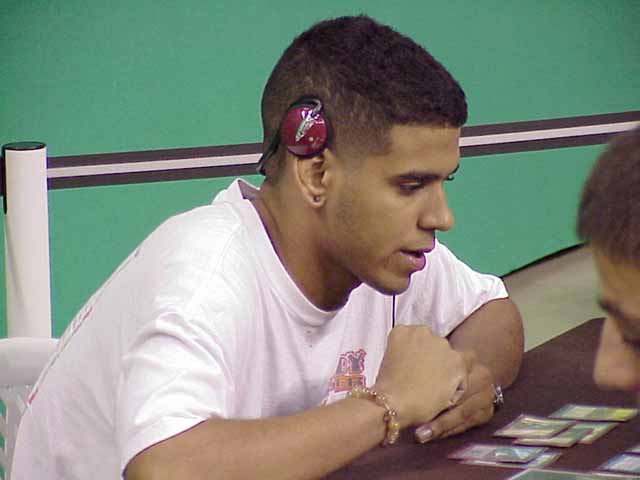 Unfortunately, Dave's creatures were very good against him. Williams got out a Spiketail Drake and started serving for three every round. He then followed up with a Troubled Healer, got the Commander to fetch Cho-Manno, Revolutionary and then a Trenching Steed and finally a Lawbringer. At this time, Javier had played a Giant Caterpillar, a Vintara Elephant, a Fen Stalker, a Rushwood Herbalist and an Arms dealer, and to try and save some damage he sacrificed the Caterpillar to get a flying token into play.

But Dave used the Seal of Removal to bounce it, and as he had enough creatures to go for the kill, he attacked with everything. Javier was unable to block three of the creatures, but in a last attempt to survive he put a regeneration shield on one of the unblocked creatures before shooting it with the Arms Dealer, hoping that it would be removed from combat. However, Williams merely sacrificed two lands to the Healer and prevented the damage, thus taking the game. 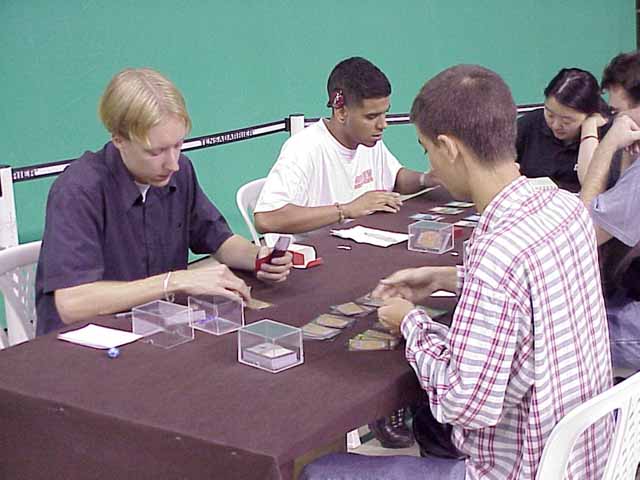 The second game was just one huge beating from David Williams. Javier went first, played two lands but then he failed to draw the third land. Dave, on the other hand, got out a Distorting Lens and a Troubled Healer, and when Javier drew a third land on turn four to play a Kyren Sniper, the American got out a Trenching Steed as well.

Over the next turns, Javier cast a Wild Jhovall, a Fen Stalker, an Ogre Taskmaster, a Crenullated Wall and a Flowstone Crusher. Sadly enough, those creatures weren't really useful as Williams cast an Oraxid to go with the Distorting Lens, then got out his Spiketail Drake to attack before casting a Steadfast Order and a Cho-Manno, Revolutionary. When a Blockade Runner joined the crew, Javier was dead in two turns.