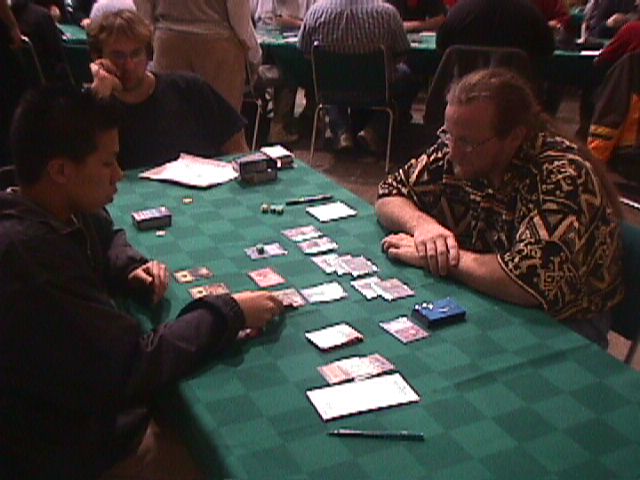 Ken Ho vs. Eric TaylorEric Taylor played against Ken Ho. Both players were 3-1 going into the round.

Ken Ho is a San Francisco native who regularly plays with Trevor Blackwell, Ben Rubin and other well-known pros. His most recent big finish was at the team GP in Columbus last year. 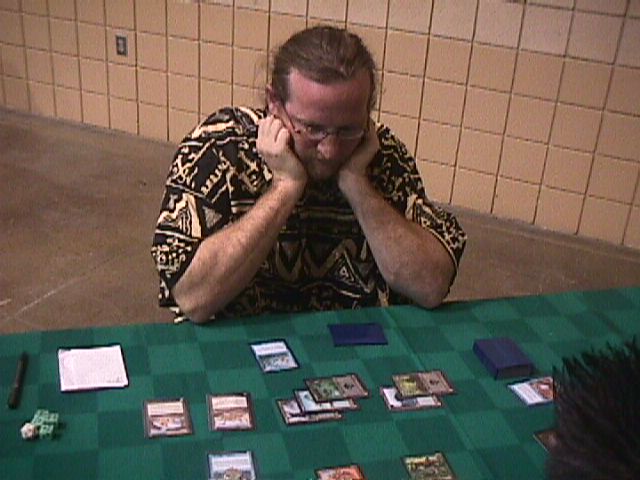 Eric TaylorThe first game found Ho missing his second turn land drop. Taylor played Peek and saw two Wild Mongrels among other cards. All Ho would need is a land to start an impressive offense. Taylor's turn two play was a Steamclaw, which many players relegate to the sideboard. Ho's land showed up the next turn and he followed the Mongrel up with a turn four Ember Beast, which gave him an impressive beatdown against Taylor. Taylor followed up his first artifact with another one, a Sandstone Deadfall. It was his fourth turn Ember Beast that stopped the beats though. Taylor kept laying land every turn, always a bad sign. His lack of business cards let Ho draw the mana he needed to get back in the game. Taylor stole an elephant token from Ho the turn after it ambushed. Ho traded creatures with Taylor but Taylor was able to stay in the game thanks to a Morgue Theft. Then Ho drew the breaker card of the match, a Squirrel's Nest. The two players stayed at a standstill until Ho was able to get enough squirrels into play to finish off Taylor with the help of a Muscle Burst. 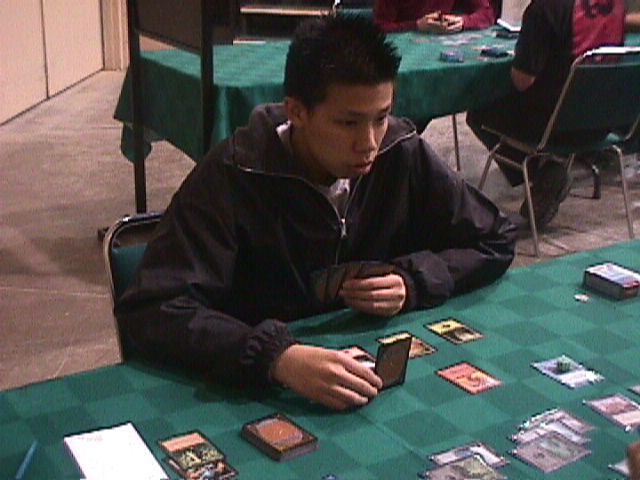 Ken HoGame two saw a fast draw from Ho. A second turn Mongrel followed by a third turn Ember Beast. Taylor was a little behind due to mana screw. The only creature he drew to stop the beats, a Barbarian Lunatic, got taken out by Ho's Engulfing Flames. Taylor was hard pressed to stop Ho's creatures and quickly went down to the beats.