Round 5: Jürgen Hahn vs. Mike Handfield 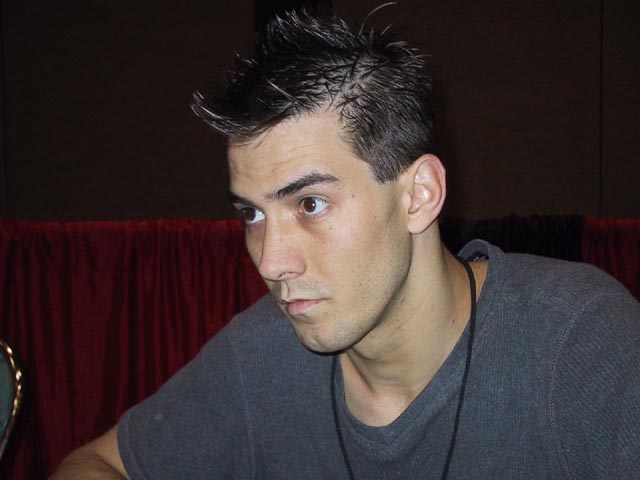 Both players come to Canadian Nationals on the strength of ratings invites, but neither player has ever really had a stand out performance on Pro-Tour, though they've both attended numerous events. Handfield is one of the top Vancouver players and played at the most recent Chicago. Hahn was a member of the 1999 Canadian National team, and went 6-0 in the Extended portion of Worlds with his Living Death deck.

Hahn mulliganed and dropped a Samite Pilgrim, but was on the recipient of a quick beatdown from a Goblin Legionnaire, Llanowar Knight, and a Glimmering Angel. Things got worse before they got better. Even though Hahn was able to hold of the beatdown for a turn with a ready Samite Pilgrim and a newly summoned Tower Drake and Silver Drake, Handfield brought a Shivan Wurm to the table, easily dominating any other card on the board.

Handfield brought in everything on the next turn, and with no outs, Hahn conceded.

Handfield tried to mount some kind of offensive before the Dagger got too out of control, with a Squee's Embraced Kavu Climber starting the race against an ever growing army from Hahn. A Rushing River from Hahn soon destroyed the offense, and while Handfield tried to reclaim some kind of card advantage with Canopy Surge (to knock out a Tower Drake and Silver Drake), his life total was fading fast. 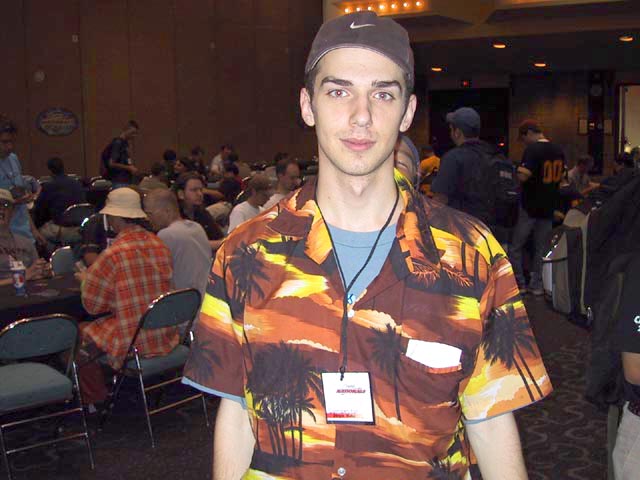 Hahn was also at low life. With both players low at six life, Hahn's board was clearly the stronger of the two, with a Disciple of Kangee, a Samite Pilgrim, a Shoreline Raider with Quicksilver Dagger enchanting it, and a Kangee. Handfield's wasn't too bad, in comparison, including a Thornscape Apprentice, a Thornscape Familiar and a Goblin Legionnaire. Things quickly disintegrated for Handfield, and though he tried to make something happen with an all out attack, he couldn't get through to finish off Hahn, and died to an Illuminate on the next turn.

Unlike the previous games, this one started off slow, with a third turn Handfield's Thornscape Apprentice being the first creature to see play. It was soon joined by an Ancient Spider, while Hahn dropped a Quicksilver Dagger on his first creature, a Minotaur Tactician. The Tactician began the slow process of drawing cards, and Handfield dropped a Shivan Wurm, only to have Barrin's Unmaking return it to his hand.

Hahn began his defense with and Enlistment Officer, only to have it killed by an Aggressive Urge on Handfield's Ancient Spider. The Shivan Wurm and a Glimmering Angel dropped to join Handfield's army, but Hahn could only draw land, and scooped to the offense.