Round 5: Jan Tomcani vs. Christoph Lippert 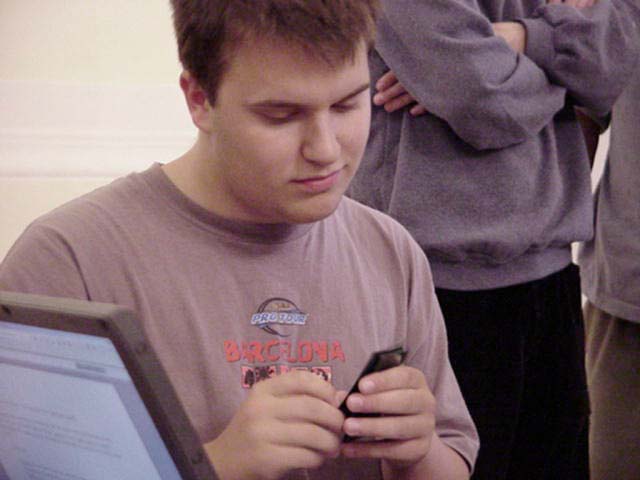 Jan Tomcani had somewhat of a breakout year last season with high finishes in both Barcelona and the World Championships. Lippert is very highly-rated at Limited, with nearly 2100 ranking points, although he is less well-known for his results on the Tour, with his best being 19th in Barcelona this year.

Christoph forced Jan to play first, and the Slovakian player had a fast start with a Werebear accelerating him to a turn three Cephalid Broker. Lippert only had a Skyshooter. He would have to find a way to deal quickly with the Broker or the card quality advantage it gave Tomcani would surely overwhelm him, as well as giving the Werebear threshold dangerously quickly. Jan played Lieutenant Kirtar, but Christoph could block it with his Skyshooter after he played Blessed Orator.

Jan played an Aven Fisher and began to get through some flying damage. Christoph's board position was horrible after he sacrificed his Skyshooter to kill the Lieutenant Kirtar, as he had only a Krosan Beast (which was a long way from Threshold), a Pilgrim of Virtue, and a Blessed Orator, while Jan had a 4/4 Werebear, an Aven Fisher, and the Cephalid Broker.

Jan's attacks were getting through six damage a turn, while Christoph had to look at the world's most useless Overrun in his hand. Christoph scooped once Tomcani played an Aven Windreader as well.

Jan kept his hand while Christoph kept a hand that a lot of people would not, with four green spells but only two Mountains and a Plains as land. He therefore needed to find a Forest quickly, and he drew one on his second turn, allowing him to play Wild Mongrel.

Jan wondered if Christoph wanted to discard any cards to the Mongrel when it attacked, but Lippert declined, and summoned a Hallowed Healer as well. Tomcani wasn't as happy to see this, and he Syncopated.

Tomcani played Lieutenant Kirtar, and the German cast the hapless Krosan Beast again. "That's a great card in my deck" said Jan, as he had managed Threshold very quickly in the first game, whereas Lippert only had two cards in his graveyard by the time he died.

Lippert dealt with the Lieutenant by Second Thoughts, but it was followed by a much more threatening Treetop Sentinel. Lippert played a Leaf Dancer which was unblockable owing to its Forestwalk ability. The Slovak now used a Second Thoughts of his own on the Dancer, before casting Aven Fisher.

He now had the Treetop Sentinel and the Fisher, to Lippert's Wild Mongrel and Pilgrim of Virtue. The flyers attacked and Jan played an Angelic Wall. Lippert's hand was once again full of land, but at least he could discard it to allow the Mongrel to kill the wall. 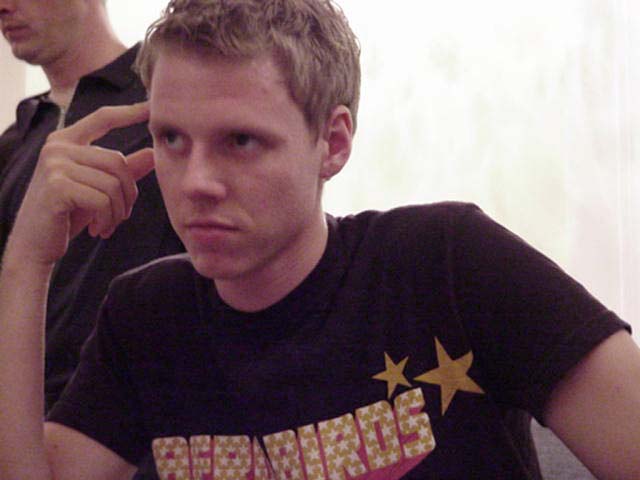 He was only on six, though, with no way to stop the flyers, and Tomcani was still on a fairly stable twelve. Jan played an Aven Cloudchaser to put lethal damage on the table. Lippert's insignificant creatures received a substantial boost, though, as he played Overrun, turning an Elephant Token 6/6, making the Mongrel 5/5, and his Pilgrim 4/6, and attacking for exactly the right amount of damage! Cards like Overrun in this set mean that even hopeless seeming situations can turn to your advantage.

This time Jan wanted Christoph to go first. Lippert did nothing except develop his mana base with a Shadowblood Egg and a Diligent Farmhand while Jan started the beatdown with a Patrol Hound.

Lippert tried to play Elephant Ambush as an instant, but the Slovak was ready with Syncopate to counter it, and get through two damage with the Hounds. He couldn't stop Lippert playing a Springing Tiger, however he did have a good answer for it with Treetop Sentinel. After he played Twigwalker, and Lieutenant Kirtar it seemed like he was in total control.

However, Overrun and Shower of Coals seem to be a common combination so far this weekend. Lippert had the latter this time, allowing him to kill the Hounds, the Twigwalker and the Lieutenant.

This left Jan with a bare Treetop Sentinel and Christoph with Springing Tiger. Lippert played Dirty Werecat and Wild Mongrel, and Tomcani an Aven Fisher and a Gorilla Titan to fill the board again. At this point Lippert had a one-point life lead as he was on fifteen life to his opponents fourteen.

Jan made an important mistake at this point, blocking the Werecat with the Titan when Christoph attacked. This meant that Lippert could use the Mongrel's ability to both deal more damage and give the Wererat +2/+2, meaning that the Titan would die. Patriarch's Desire dealt with the Sentinel, and Tomcani was down to just one Aven Fisher in play.

Jan kept drawing creatures but they were too small to kill the Wererat and he eventually had to block with the Aven Fisher to try and find an answer, leaving Cephalid Broker on the table. All he found from the Broker was a chump-blocking Cephalid Looter, and he had to scoop when Lippert played Firebolt on it.