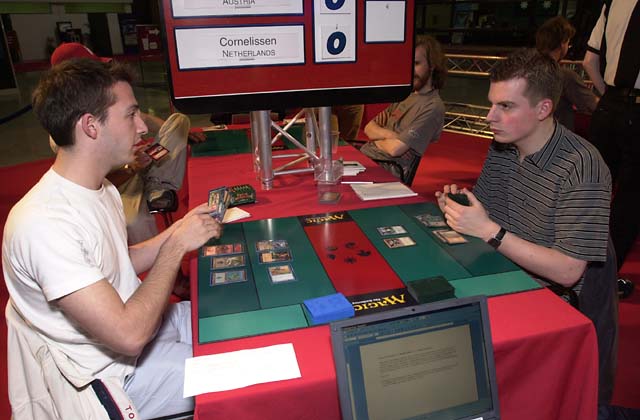 These players had already qualified for the second day as they had four wins already. Of course, they were looking to cement a place high up the standings and give themselves a good shot at Top 8. Neither of them are strangers to the lofty heights of quarterfinals, Klauser has three Top 8, and Cornelissen made back-to-back second places earlier this season. Kamiel could also do with a good finish to further his chances in the Player of the Year Race - at the moment he is second only two points behind Mike Pustilnik.

Both players made a two-mana creature, but Benedikt decided not to block the incoming Sky Weaver with his Vodalian Zombie. He sent the Vodalian Zombie back across for two damage of his own, then summoned a Nightscape Familiar and a Dream Thrush.

Kamiel did not attack as he probably didn't want to trade his Sky Weaver for a Dream Thrush, but Klauser actually needed it for its ability, as he didn't have a second Island. It allowed him to cast Faerie Squadron with kicker. Kamiel had a Razorfoot Griffin but this couldn't stop the Squadron. Kamiel tried to cast Fact or Fiction, but the Austrian had a Spite to stop it.

The Dutchman played a Glimmering Angel, and the second flyer caused Benedikt to hold back with the flyer. Kamiel played another Angel, finally tempting Benedikt to cast Void. This got rid of all the four-casting cost flyers, and showed that Kamiel's hand was a fairly threatening Dromar. 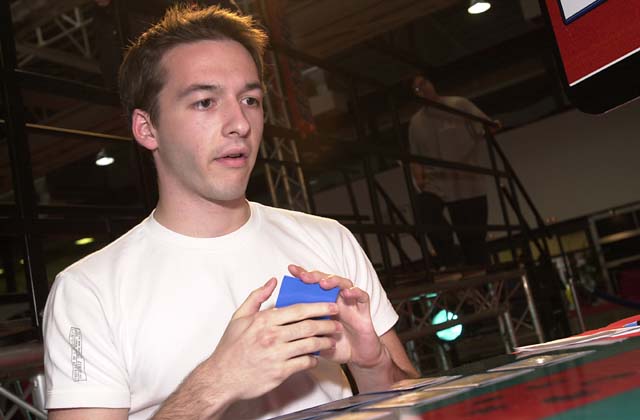 He needed a Swamp to cast it, however, and fairly quickly, since the Squadron and Dream Thrush were once again beating him down. Benedikt played a Vodalian Serpent with Kicker as well, and now even a Swamp wouldn't save Kamiel who was down to six life, and he had to scoop.

Kamiel went first and thought for a while about whether to take a mulligan. He only had Plains in his hand, and didn't draw any other color of mana for the first few turns. Nevertheless he still managed to cast an Aurora Griffin. Benedikt played a Dream Thrush, then a Vodalian Zombie before playing a Marsh Crocodile and gating his Zombie. He hadn't managed to get any damage through though.

The Crocodile could begin attacking, so Kamiel needed to find another color of mana fairly quickly. The Griffin traded uneven blows with the Crocodile and the Dream Thrush, and Klauser replayed his Vodalian Zombie. Once again Kamiel didn't draw a different color land, but did have a Voice of All naming Black to hold off the Austrian. 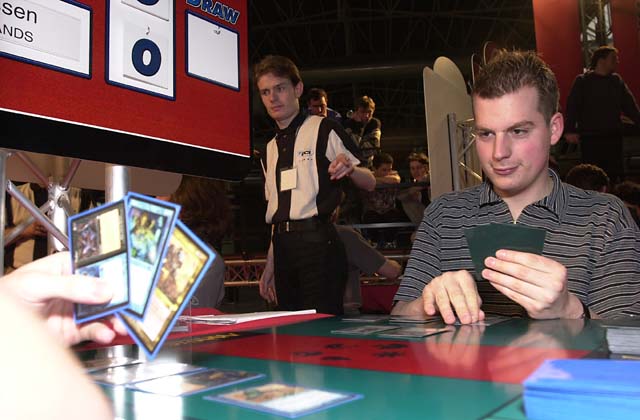 Klauser was in no mood to stop attacking - he had a Scorching Lava for the Angel, and his next attack put Kamiel on eight, and he felt the need to hold back his Aurora Griffin for chump-blocking duties. It traded with the Zombie and Kamiel went down to four. Cornelissen failed once again to draw an Island, and had to concede.