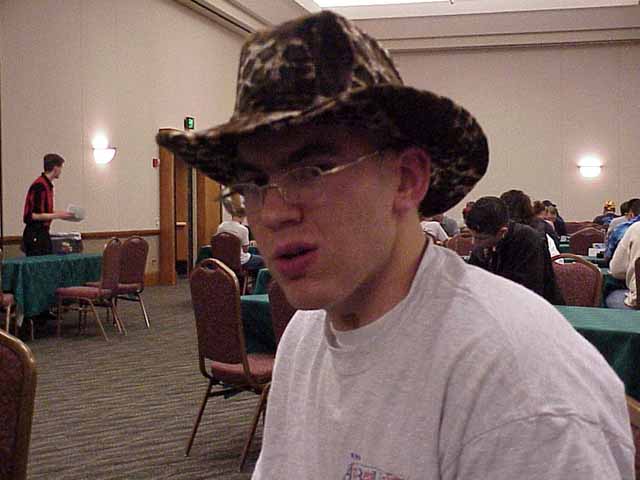 Round six saw two relative newcomers (albeit extremely successful ones) to the Pro Tour matched up as two of the undefeateds left alive on Day one. Benafel, sporting the greatest hat I have ever seen worn to a Magic tournament, was running his mouth from minute one. Not only that, but he managed to do it in one of the worst cowboy accents I've ever heard. These two guys were both armed with the same deck, looking nearly identical to most of the 'standard' Trix configurations seen in Phoenix this weekend. Benafel won the roll, and with that we were off to game one...

Things didn't start very well for Benafel, as he was forced into a double mulligan before drawing even a single land. He had a decent draw of 5, with a land or two, a Mox Diamond, a Duress and a Demonic Consultation. Brian's hand however, was flat out amazing. 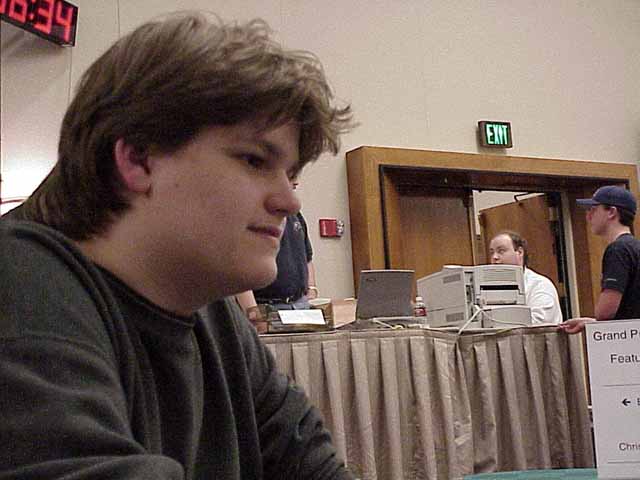 Davis had Necropotence in play by turn two, via a Mox Diamond and an early Brainstorm, and after a turn three Illusions let Davis look through 34 more cards than Benafel, Chris had decided he had enough and scooped em up when Davis showed him the land and Donate.

Game two started out much better for Benafel, as this time he was the one with the strong second turn play, in the form of Phyrexian Negator. Davis had no answer, having kept a hand with some land and a Necro, but with no Force of Will or mana acceleration. He paid for this decision, as the Negator kept coming in, and after Benafel Force of Willed Davis' Necro, and dropped his own the next turn, Brian thought better of continuing the madness and scooped up his cards and headed for the sideboard again for game three, as he was not only facing a 5/5 trampler, but a Necro now as well. It's very possible 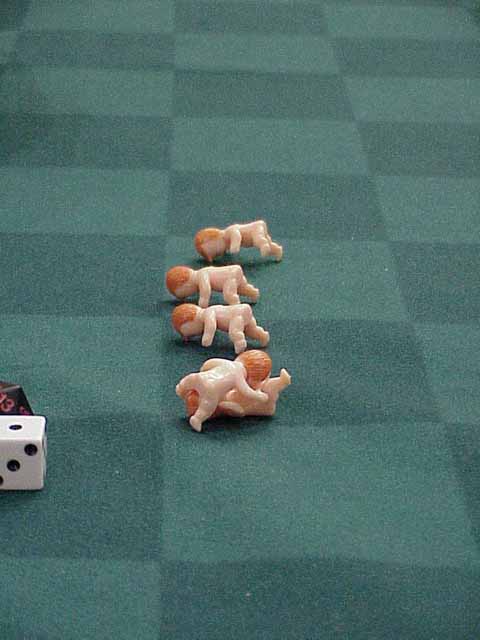 Davis should have mulliganed this hand, but it was good enough that it certainly was a judgement call, it just so happened that this time it didn't pay off.

On to more chatter and game three. Brian again kept a questionable hand, but marginally better than the previous game. Davis did have the first turn Duress, but Duress doesn't do much when your opponent draws a Necro off the top and drops it on turn three. Davis had no answer for it, as he was stuck on only two lands, a Badlands and a Swamp. The huge card advantage generated by the Necro was far too much for Davis to overcome. Brian managed to fend off another huge creature in the form of Skittering Horror with a Force of Will, but at this point he was low in life from Vampiric Tutors. The early Negator, backed up by an incredible hand from Benafel (thanks to that Necro), finished Davis 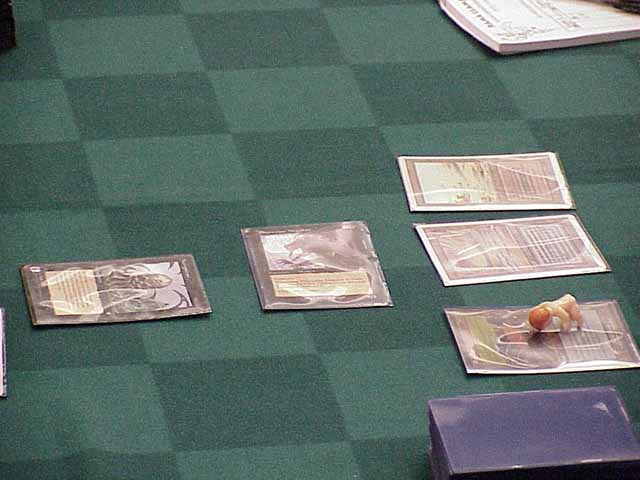 off quickly. The atmosphere was mostly light and gabby throughout the match, even though I think some of the banter finally got to Brian. Brian did his best to ignore most of it, and even join in at times, but the constant talking wore at the 2nd place Pro Tour finisher. Benafel, another 2nd place Pro Tour finisher in his own right, played flawless Magic, and showed that their is definitely a mental element to the 'innocent' banter between players at the top level.