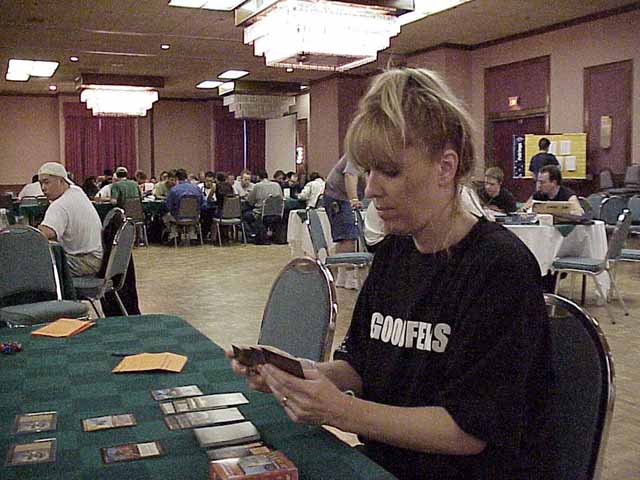 Laurie Dunning is a store owner from Tampa, Florida. Her store is called the Magic Jungle and the players there call themselves team "Goodfellas." Grand Prix Dallas is her first major tournament, but she has already won qualifiers for both Pro Tour Chicago and Pro Tour Los Angeles. She came to Dallas partially because she loves sealed deck and partially to get some big tournament experience before she makes her Pro Tour debut. Dunning received her first feature match when she got paired against Darwin Kastle. Kastle won the last Grand Prix that was held using this format - Grand Prix Manchester. 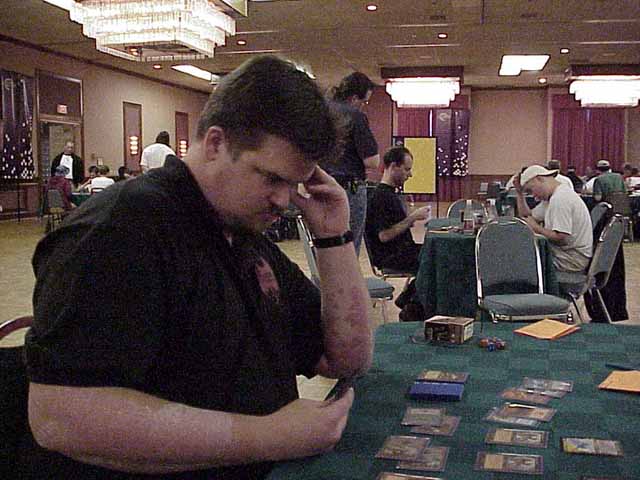 Game 1 was exceedingly silly. Kastle missed his turn 3 land drop, found a land on turn 3, but couldn't cast any spells or draw any land until he had discarded 3 times. However, on the other side of the table Laurie Dunning had a hand full of blue cards, a bunch of Swamps, and a bunch of Plains. Her position looked a little better, but it actually wasn't. Kastle drew out of his mana-screw first and played Phyrexian Slayer followed by a pair of Phyrexian Reapers. Dunning could do nothing but Soul Burn the Slayer. When she finally did draw an Island she played out Dromar, the Banisher. The Dragon plus her Power Armor was almost enough to win her the race, but Kastle had a Recoil that bounced the Dragon and prevented Dunning from activating Dromar's ability and sending all Kastle's black creatures back to his hand. Dunning had played her game assuming she would get to use that ability and so the Recoil cost her the game. She had a Repulse of her own that could have slowed Kastle's attack on the previous turn, but she chose to save it and thus Kastle's Recoil won him the game. 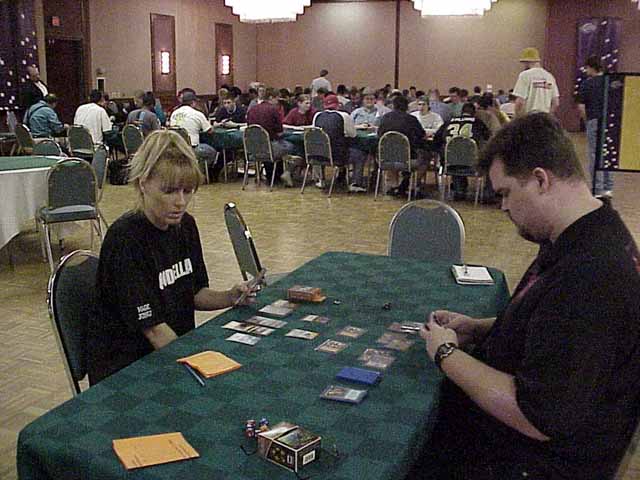 Dunning mulliganed before game 2, but Kastle's draw was fairly mediocre so it evened out the odds. She played a Rampant Elephant and a Charging Troll while Kastle played a pair of Phyrexian Reapers. All Dunning's creatures were green so the Reapers were quite hard to deal with, but she did her best to race them with Charging Troll and Power Armor. When Kastle played Slinking Serpent, it looked like she was doomed, but one Traveler's Cloak later the Troll was unblockable and hitting for 6 per turn. Kastle was about to die, but he peeled Exotic Curse off the top of his deck, and the Troll left the board. Dunning played a Razorfoot Griffin, which held off Kastle's Reaper (once again thanks to Power Armor), but she could only knock Kastle to 1 before succumbing to his Slinking Serpent.