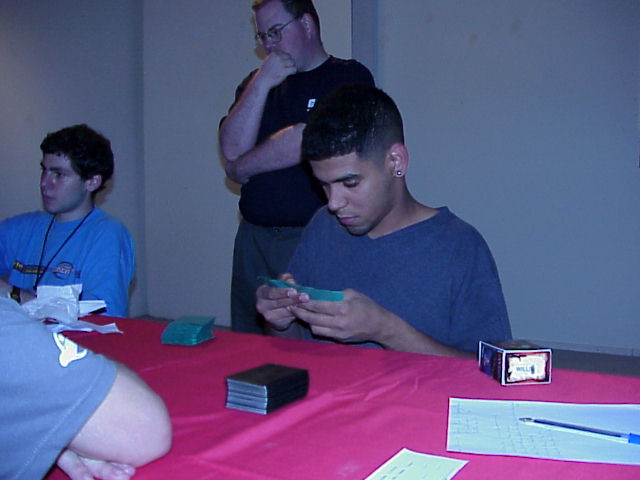 In what could have been a feature match at a Pro Tour, American Dave Williams, presently looking forward to playing in the Masters Series in Chicago, faced off against two-time Argentine champion Douglas Maoli who was trying to win the single largest International event in Argentine Magic history.

Game three was Williams' from the beginning. Dave cast a third turn Sylvan Library and a fourth turn Abundance, but instead of using one of three Force of Wills he had in hand, Douglas instead opted to Tutor for his main deck Back to Basics, which he cast despite having no basic land in play. With both player's mana locked down, Williams began drawing three cards a turn with his combo, and while Maoli was able to stop the first Seal of Cleansing, the second got through and the Argentine quickly conceded. 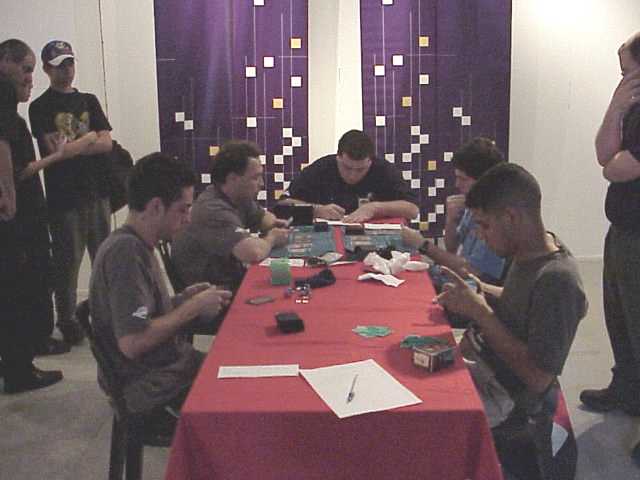 Game two was dominated just as thoroughly, but this time it was Maoli's turn to shine. Playing a variant of Tradewind-Survival, Maoli cast a turn two Survival, prompting Williams to Tutor for a Seal of Cleansing and cast it on his own turn. After Maoli Force of Willed, he untapped and cast a Back to Basics, locking the game down until he could get both a Dwarven Minor and a Stronghold Machinist. Williams scooped up his cards soon thereafter.

Game three was a little closer, but it was fairly obvious that Williams was in control most of the way. With Maoli keeping a hand whose only mana source was a Land Grant, he drew an Island, played it and cast the Grant. Williams immediately gained some card advantage through the Brainstorm/Sac-land combo, and when Maoli played two Survivals on turn four, Dave had 2 Annuls waiting. Next, Douglas attempted to play a Lobotomy, with Force of Will protecting him from Dave's Pyroblast, but unfortunately for the Argentine, Williams had a Counterspell back, and left Douglas' hand depleted. Maoli's last hope came in the form of a top decked Tradewind Rider, but Williams, who had just played Oath of Druids, went through his library and found the only creature remaining in his deck: a Crater Hellion. Once it was obvious that Williams had him locked, to the disappointment of the assembled Argentine crowd, their hero extended his hand, conceding the match. 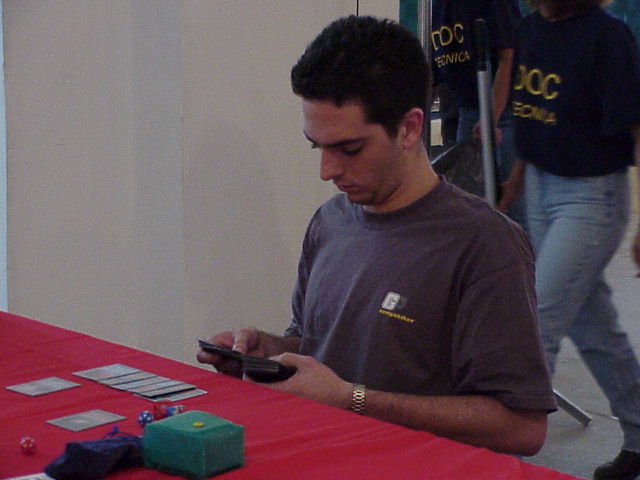