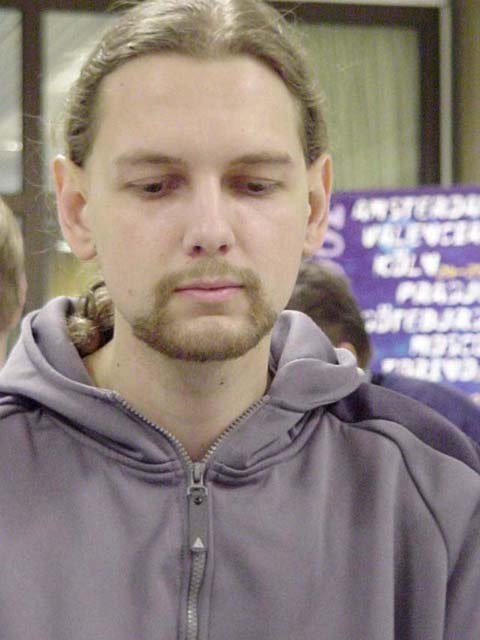 Ivan was playing without sleeves and it took Noah a while to shuffle his deck since the cards were stuck together a little. When they were eventually ready to play, Ivan made Noah start but despite the first turn advantage, Boeken could do nothing on his first three turns.

Ivan, on the other hand, had something for each of these turns, playing a Nightscape Apprentice on his first turn, Addling Noah for Blue, seeing Magma Burst, Tribal Flames, Sea Snidd, Vodalian Serpent and land, and taking the Snidd. Then on his third turn he summoned a Lava Zombie.

Noah didn't yet have a Mountain, just a Swamp, two Islands and a Sulfur Vent, and he decided not to cast the Vodalian Serpent without kicker. Ivan attacked and cast Bog Down, paying the kicker to force Noah to discard three cards.

The Czech followed this up with a Vicious Kavu, and attacking to put Noah on ten life. At this point it was possible for Noah to play Magma Burst with kicker but this would mean sacrificing three lands - Sulfur Vent for the red mana and then two additional ones for the kicker. Instead he now decided to play Vodalian Serpent, which Ivan immediately removed on his next turn with Flametongue Kavu and brought Noah to two.

After the cards Ivan played in the first game, it was perhaps a little surprising that he had chosen to go second, and Noah made him go first in this game. Noah had to mulligan as well, but kept his six card hand.

Stanoev started off fast with a Phyrexian Battleflies on his first turn, attacking for two on his second. He didn't use them on his third turn as he wanted to summon a Kavu Recluse.

The Dutchman used a Tribal Flames to deal with this threat, and once again Ivan played a slightly strange looking Bog Down with kicker , reducing himself to two Swamps in play.

This didn't seem to hurt too much since Noah had no Swamp of his own in play, and couldn't do anything for two turns while Ivan attacked with the Battleflies to bring him to eleven.

Finally Boeken drew a way of dealing with the Battleflies - Cursed Flesh - but Stanoev was in no hurry to see these potent flyers die, he cast Recover on them and forced Noah to play Mourning to stop these beats. 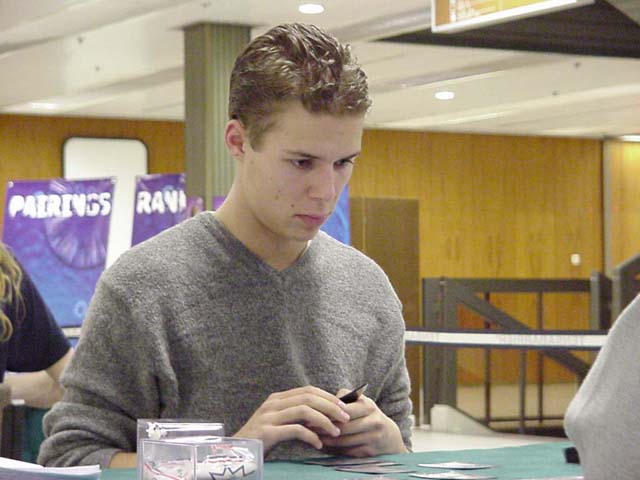 Ivan managed to draw two cards from his Sunscape Battlemage via a Mana Cylix, and even though Noah summoned Stalking Assassin, it was a case of too little, too late, as the Battlemage brought him to nine, Lava Zombie returned Phyrexian Battleflies to Ivan's hand and sent Mourning to Noah's graveyard.

Not content with just this, he replayed his Battleflies and cast a Nightscape Apprentice as well. The Apprentice in particular was good in this situation as when Ivan attacked next turn and Noah attempted to Assassinate the Lava Zombie, Stanoev used the Apprentice to hide it on top of his library.

Noah went down to five from this attack, and had to chump-block with his Stalking Assassin to survive one more attack, which brought him down to three. Noah summoned Volcano Imp, and Sea Snidd, which traded with Sunscape Battlemage and Lava Zombie.

This was still not enough, since Ivan also summoned a Glimmering Angel, and Noah didn't have any way left to stop the flyers.