One of the two pro players who made it out to Grand Prix Kyoto was the Canadian National champion Ryan Fuller. He was up against Japan's up and coming Kenshiro Ito. Ito is already qualified for PTLA and hopes to qualify for PT Tokyo today. Ryan Fuller was playing a variant of Bob Maher's Survival deck and Kenshiro Ito was playing a Counter Oath deck with Morphling as his only win condition. 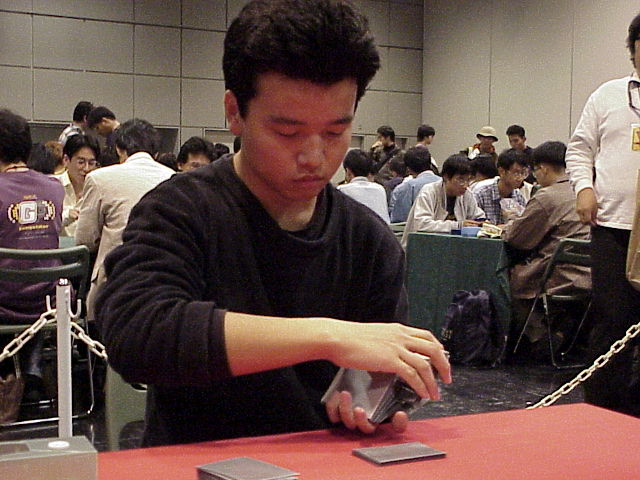 Ryan Fuller and Kenshiro Ito both started off game one with a mulligan. After that Ryan got off to a good start with a turn one Birds of Paradise. During the upkeep of turn two Ryan Vampiric Tutored for Survival of the Fittest which he successfully casted. Turn three Ryan pitched a Wall of Roots for Squee and in turn Squee for a Quirion Ranger. Having the Ranger and Survival of the Fittest in play he went for the Academy Rector. Ito sitting with only 3 islands in front of him, casted Forbid with Buyback on the Rector and on his turn played the Oath of Druids. Ryan then tried to get the Realist and the Recurring Nightmare in play and had them Counterspelled and Force of Willed respectively. Ito at this point had no cards in hand and only the Oath of Druids on the board whereas Ryan had Survival of the Fittest and Quirion Ranger. Ito, using the Oath of Druids got Morphling into play. Ryan searched for his Monk Idealist. Kenshiro had drawn Brainstorm and now used it to reach Counterspell and Counterspelled the Monk Idealist. Next turn Kenshiro got Crater Hellion in play and attacked with Morphling. From this point on Kenshiro managed to gain the upper hand. The fight went on a while longer but in the end Ryan couldn't manage to deal with the Morphling. At the end of the match Ito gave himself a cheer, and Ryan threatened to break his little Pikachu figurines. Fortunately for Ryan, Ito didn't understand English very well. 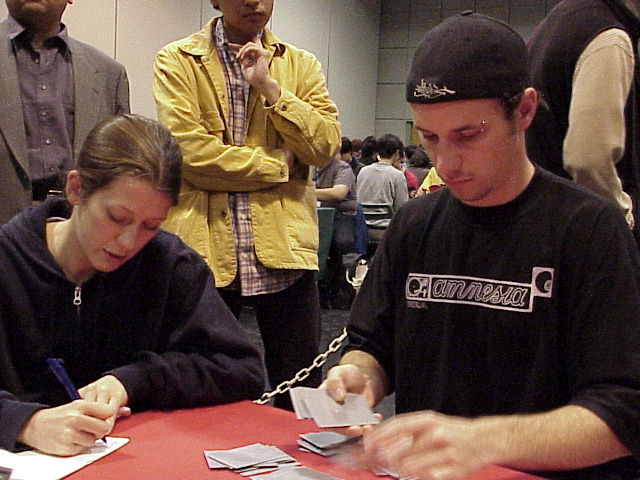 Game two was quick in this match up and was over on turn six. During Kenshiro Ito upkeep on turn six he had Oath of Druids and Crater Hellion in play where as Ryan Fuller had Quirion Ranger in play. Ito first put the Crater Hellion in his graveyard and let it resolve. Then using the Oath of Druids ability flipped through his library revealing Morphling. With Gaea's Blessing in his graveyard he shuffled his graveyard back into his deck. At that time a judge came over and said he was not allowed to do that. The judge proposed just putting the Morphling on the top of his library. Ryan's reply was "um... no". The head judge came over and Kenshiro was given a game loss.

After the second game their wasn't much time left in the round. Fuller asked for extra time since the last ruling took awhile. They were awarded 10 extra minutes, but it still wasn't enough time and the game ended in a draw. 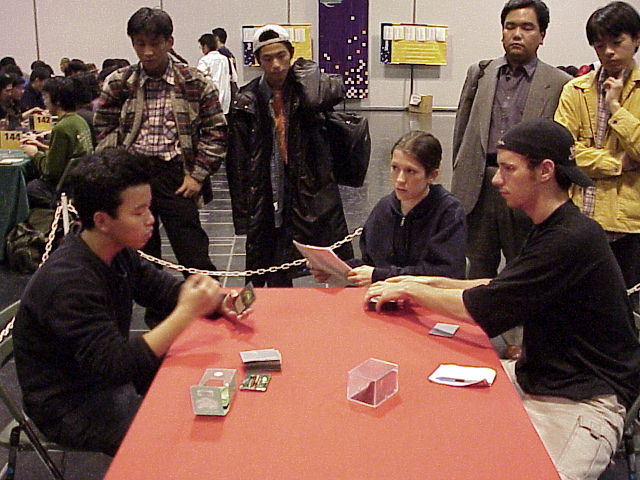