Only one player gets the honor of calling himself the European Grand Prix champion every year. Coming off his reign as the winner of Grand Prix Strasbourg last year Enevoldsen is that person, clearly not the dream opponent when playing for 6-0. "Not only is he a very good player, but I know which deck he is playing, and it's going to be tough for me," said his opponent Grégory Leloup.

Enevoldsen was playing his beloved Death and Taxes deck. Or as he likes to call it, Mono White Control. Leloup was playing a Black, White and Green "Junk" deck, with tons of spot removal and Dark Confidant and Stoneforge Mystic for card advantage.

One life, one mana and one revealed card from Dark Confidant, that's how close the match turned out. The first game looked to be an easy victory for Leloup when a pair of Dark Confidants allowed him to draw enough removal to keep all threats off the table. The only problem? The damage from the Confidants was close to killing him. On the last turn he needed to attack for lethal he found himself on 5 life facing two triggers from Dark Confidant. The first one revealed Liliana of the Veil, dropping him to 2, and the other ... 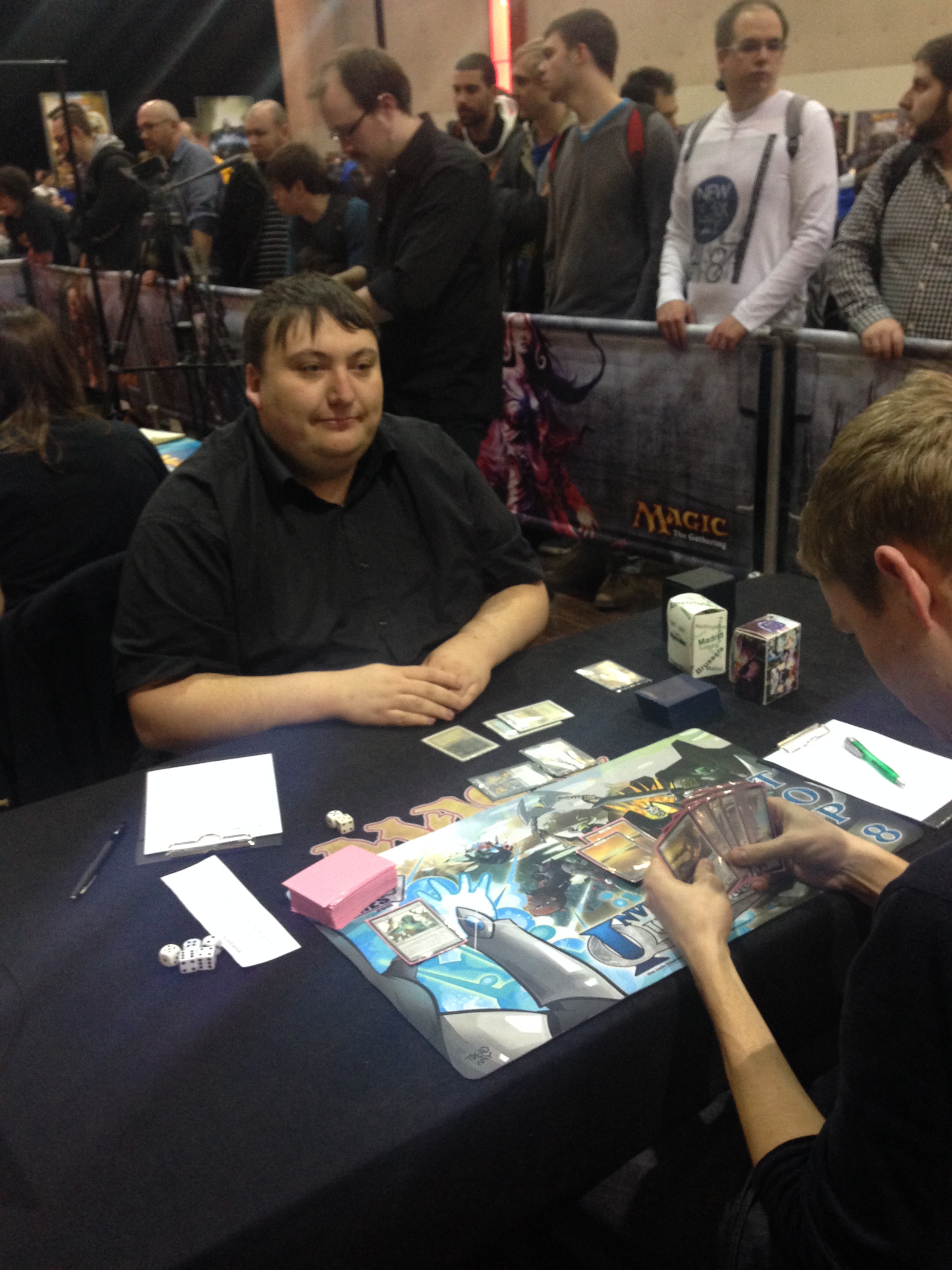 "I changed my deck from last year, exchanging Red for White, and they have worked really well," commented Leloup between games, still not confidant of his chances.

The second game was a removal fest from the fast paced Frenchman. Even without Dark Confidant powering his draws he took out most of Enevoldsen's creatures. When Enevoldsen finally stuck a Flickerwisp it was a race between that and Leloup's two Deathrite Shaman, unable to be activated due to a Rest in Peace.

Leloup dropped to 1 before drawing another removal spell, looking like he might take the match. But Enevoldsen was not long after. The remaining Deathrite brought the Dane down to 1 life as well, before he drew his final card. Luckily, it was another Flickerwisp, that he could sneak into play with an Æther Vial, removing Leloup's attacking Shaman for a turn and then attack for lethal on his turn.

"Close match so far, just like in Strasbourg," commented Leloup when shuffling for the final game. 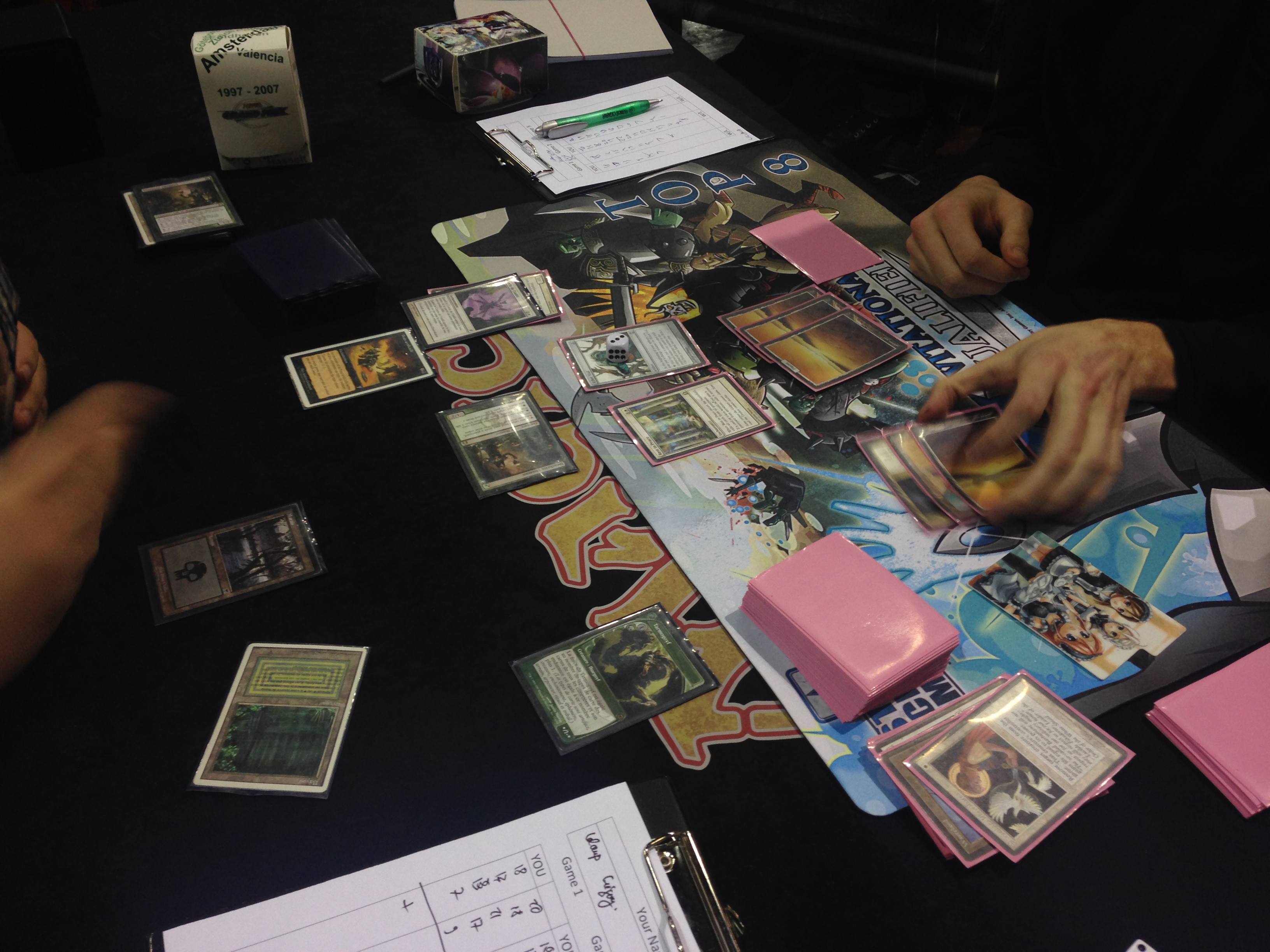 "We play decks that tend to have close games," replied Enevoldsen.

The final game was decided by mana. After removing Leloup's Stoneforge Mystic it was a race between creatures from Enevoldsen against Leloup reaching 5 mana to cast the Batterskull fetched by the Mystic. Wasteland after Wasteland and three copies of Rishadan Port however, kept the Frenchman from the crucial 5th land, while he failed to draw enough removal for Enevoldsen's threats.

Thomas Enevoldsen moves to 6-0 and only needs one more win to proceed to play on day two, and maybe another the title as Grand Prix Champion.

He kept me off 5 mana so I couldn't cast the Batterskull. It was very close. 1 life away the second game, and one mana the third game. 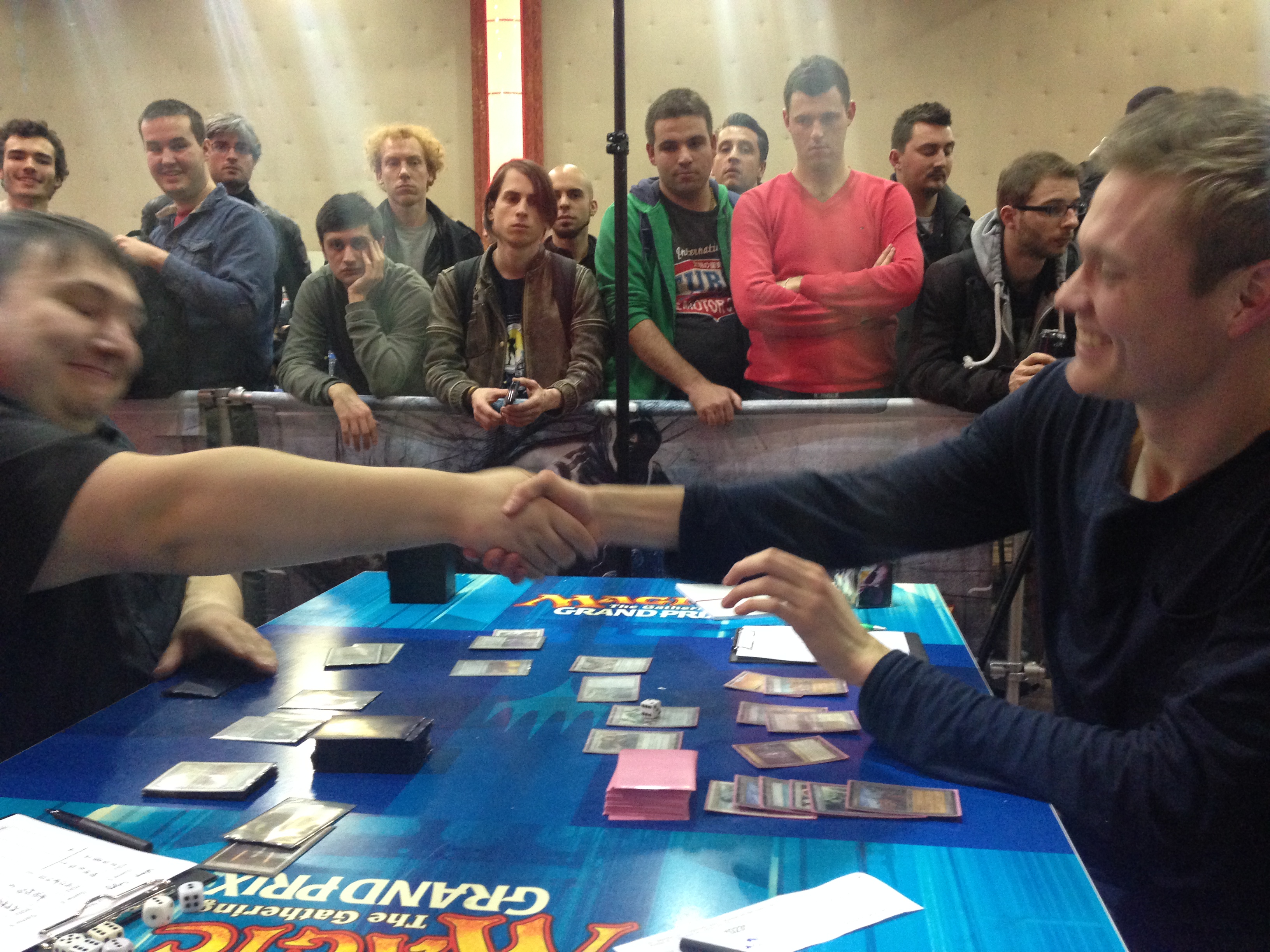