Round 6: Itaru Ishida vs. Tsuyoshi Fujita 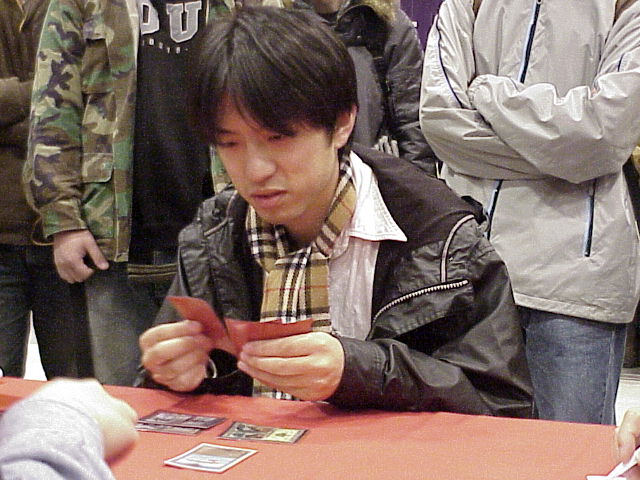 Ishida led, one-upping Fujita's Elf with the deadly Hermit Druid. Fujita dropped Pernicious Deed, giving Ishida just one activation. Ishida untapped and activated, turned over nothing through thirty cards before hitting a swamp, nearly causing Fujita to fall out of his chair in joy. Fujita untapped and blew the Deed.

However, he wasn't out of the woods yet. Ishida played Zombie Infestation and Wild Mongrel. When Fujita could only muster a Spike Feeder, Ishida hit Turbo with Buried Alive for two Krovikan Horrors and a second Squee.

It was all downhill for Fujita from there. His Spiritmonger was very pretty, but did little against Ishida's tidal wave of zombies. 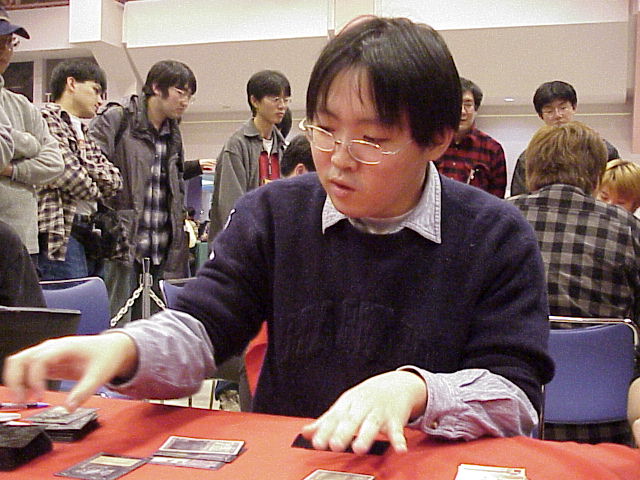 Fujita kept a one-land, Birds of Paradise hand and did not draw more. Still, what he did have was strong. Ishida made a Zombie Infestation and passed it back. Fujita Duressed, forcing Ishida to make a zombie out of his Firestorm and Ashen Ghoul. Then Fujita played his silver bullet: Phyrexian Furnace.

However, Ishida went one better with Hermit Druid. Fujita had no answer. This time, the Druid did its job, dumping three Krovikan Horrors and a Squee into the graveyard. Fujita blew the Furnace to stop Squee, but the damage had been done.

Ishida made another turn of the screw by fetching Firestorm with Vampiric Tutor, destroying the bird. Fujita surveyed the carnage, and conceded.