Round 6: Matt Vienneau vs. Jurgen Hahn 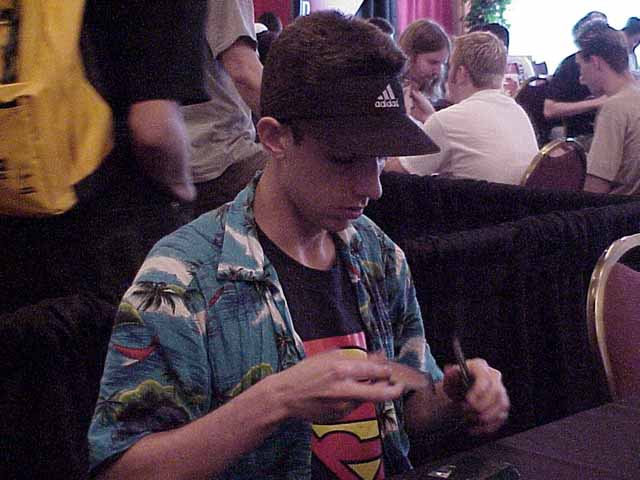 Jurgen Hahn was on last year's Canadian national team; Matt Vienneau really wanted to be. Both players won their first two matches of the second draft and they met to find out which of them would be in prime position going into tomorrow and which would need a great day. (Vienneau came into the round at 4-1 while Hahn was 3-1-1.) 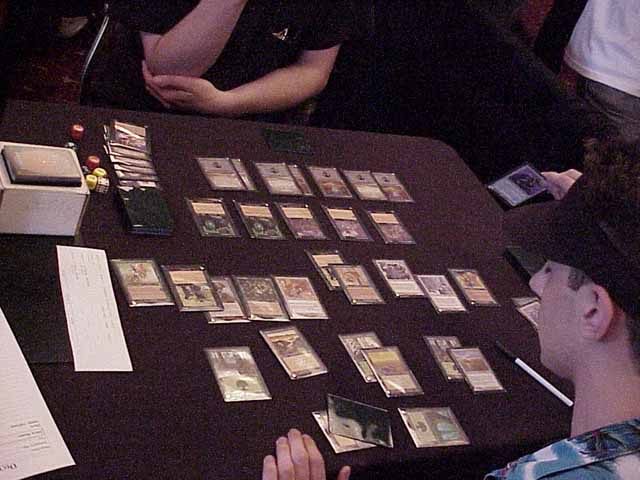 and Severing the Thresher Beast's Soul. Nevertheless, once Hahn played a flier to shut down Vienneau's Misshapen Fiend and Belbe's Percher, Vienneau couldn't help but admit, "Wow, that's some draw."

Vienneau tried to use Agent of Shauku to turn his two fliers into threats, but between Thermal Glider, Rib Cage Spider, and Oracle's Attendants, that just wasn't possible. Vienneau eventually was overwhelmed by a swarm of gray ogres - nothing Vienneau drew was big enough to hold off Defiant Vanguard or Lawbringer. 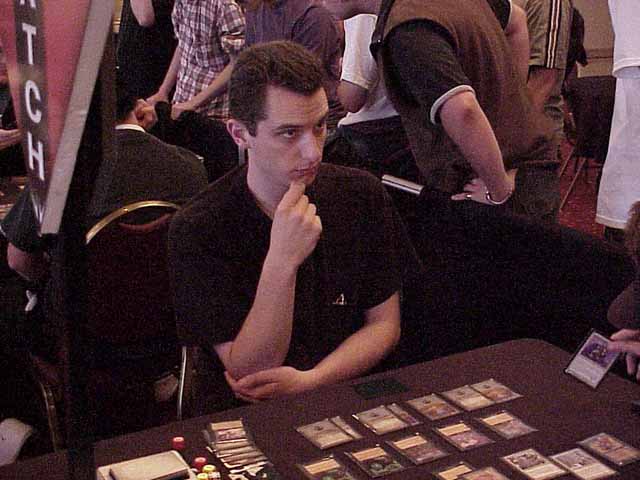 Vienneau was the aggressor early in the second game. His third-turn Belbe's Percher and fourth-turn Pit Raptor looked like they might be able to wrap up a win in four attack phases. However, Vienneau chickened out and left the Raptor back on defense once Hahn played out two Defiant Vanguards, a Silverglade Elemental, and a Lawbringer. In theory, Vienneau could still have won the race, but not if Hahn had any tricks. Hahn did have a trick - Defender en-Vec, but leaving the Raptor back on defence didn't help against Defender en-Vec and Vienneau lost one turn later.